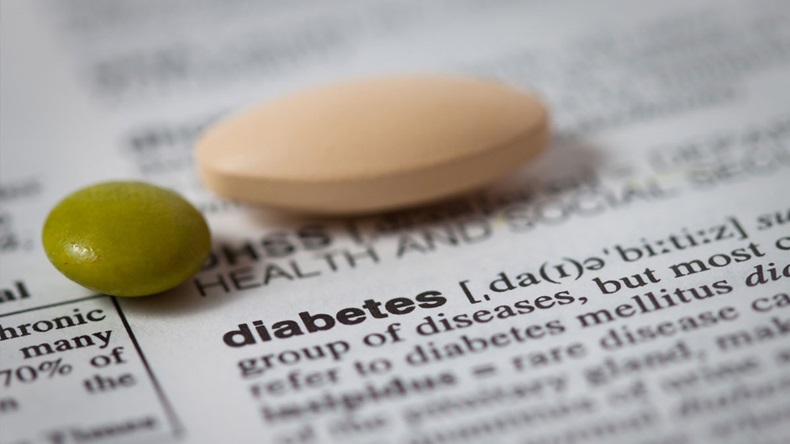 The Phase III PIONEER program includes 10 studies in type 2 diabetes and Novo plans to report results from all of them this year, potentially paving the way for an oral semaglutide filing in 2019 and launch in 2020 (see graphic). The company announced positive results from the PIONEER 2 study, the second pivotal trial, on May 29, following a positive release for PIONEER 1 in February. (Also see "Novo Nordisk's Oral Semaglutide Succeeds In First Phase III, But Prompts Questions" - Scrip, 22 Feb, 2018.) Novo launchedOzempic, the subcutaneous injectable formulation of semaglutide, in the first quarter and has reported good initial uptake, with 50% access in the US. (Also see "Novo Nordisk: Switch To Weekly Ozempic Has Begun, Biopharma M&A Sought" - Scrip, 2 May, 2018.)

The company is positioning its oral semaglutide as a competitor to oral classes – DPP-4 and SGLT-2 inhibitors in particular – for patients at an earlier stage of diabetes. To compete, it must offer enough of an improvement in blood sugar lowering compared with more established oral classes in terms of weight loss, a strength for SGLT-2 inhibitors, and tolerability.

All three doses of oral semaglutide tested in the earlier PIONEER 1 study showed superior blood sugar lowering versus placebo, but only the highest dose showed significant and superior weight loss versus placebo in an intent-to-treat (ITT) analysis. The ITT group included all participants in the study, not just those who completed treatment, which is the evaluation typically favored by the US FDA.

PIONEER 2 is an open-label study that tested the safety of a 14 mg daily dose of oral semaglutide versus 25 mg of Jardiance in 816 patients with type 2 diabetes inadequately controlled by metformin.

The primary endpoint was blood sugar lowering after 26 weeks of treatment and results were analyzed in two ways – using an ITT approach as the primary statistical analysis as well as an evaluation of those who completed treatment and did not need rescue medication.

Novo Nordisk released more information for the patients who completed treatment than for the ITT group and Credit Suisse analyst Rebekah Harper observed in a May 29 note that the completer analysis is directly comparable to competing products.

In the primary, intent-to-treat analysis, the drug demonstrated superior lowering of hemoglobin A1c (HbA1c) versus empagliflozin. However, the difference in weight loss at that point was not statistically significant.

For the completer analysis, 72% on oral semaglutide reached targets established by the American Diabetes Association versus 47% for Jardiance after 52 weeks of treatment.

Also in the completer analysis, patients on oral semaglutide lost 4.2 kg and 4.7 kg at 26 and 52 weeks, respectively, versus 3.8 kg at both 26 and 52 weeks for Jardiance. This was a significant difference at 52 weeks, but not 26 weeks.

Bernstein Research analyst Wimal Kapadia said in a May 29 note that given FDA's guidelines require use of the primary statistical evaluation at 26 weeks, to account for patients who dropped off the study and moved on to other treatment, the weight loss superiority is unlikely to be on the product label.

"We still struggle with the primary methodology from FDA. If patients on the Jardiance arm moved to injectable GLP-1s and patients in the oral [semaglutide] arm moved to insulin, data will be skewed negatively. The EU label will be more flexible and closer to the secondary analysis methodology," Kapadia said.

ISI Evercore analyst Umer Raffat observed on May 29 that empagliflozin's weight loss effect was bigger than expected though it plateaued at week 26, whereas it continued with oral semaglutide. Empagliflozin's performance could be due to the trial protocols around fasting, the analyst suggested.

Novo Nordisk also reported that oral semaglutide was "well-tolerated and with a profile consistent with GLP-1-based therapy."

The most common adverse event for oral semaglutide was mild-to-moderate nausea, which was reported in 20% of patients on oral semaglutide. The treatment-related dropout rate was 11% for semaglutide versus 4% for Jardiance.

In PIONEER 1, the rate of nausea in the highest dose tested – 14 mg – was 16%. The dropout rate for the treatment arms ranged from 2% to 7% for oral semaglutide versus 2% for placebo.

More PIONEER Studies Around The Corner

The PIONEER 3 and PIONEER 4 studies test oral semaglutide against Merck & Co. Inc.'s DPP-4 inhibitorJanuvia (sitagliptin) and Novo's daily injectable GLP-1Victoza (liraglutide), and results from those comparative studies are expected in the second quarter. The PIONEER 7 flexible dose escalation study is also due to report in that time frame.

ISI Evercore analyst Raffat said that the real question ultimately is how well oral semaglutide performs in the "all important" PIONEER 4 study against Victoza.

Based on Phase II data it doesn't appear to be 100% locked in that the weight loss profile will be comparable to Victoza, Raffat said.

Credit Suisse's Harper said that while the overall results from PIONEER 2 are solid, questions around nausea and discontinuation rates, as well as the fact that it took 52 weeks for oral semaglutide to separate from Jardiance on weight loss "may limit some enthusiasm for the data" and come as a relief to Lilly investors concerned about the competitive risk.

Harper also noted that the somewhat higher rate of nausea in PIONEER 2 versus PIONEER 1 was a "slight concern."

It also will be important to monitor the discontinuation rates in future PIONEER trials, because if they are higher than the second study reported, "there could be a commercial/payer risk, in our view," Harper wrote.

Bernstein's Kapadia, however, said the side effect profile is in line with or superior to injectable GLP-1s and shows that the dose titration schedule for the drug is working.

The difference in weight loss at week 52 was modest and it would be useful to have more details on the results to make sure nausea did not contribute substantially to this result or to the A1c reduction, Pharma Intelligence analysts from Biomedtracker and Datamonitor said in a May 29 report about the PIONEER 2 data.

"More details are needed on rates of vomiting in the trial, and it will be important to see once the drug is approved that physicians in the real world do not find a higher rate of nausea or feel tolerability issues are too much of an issue to use the drug earlier in the treatment paradigm," the Pharma Intelligence analysts wrote.

Overall, Pharma Intelligence analysts see the PIONEER 2 data as strong and supportive of potential uptake of oral semaglutide, but they also noted that the drug needs to be taken while fasting in order to be orally absorbed. It's possible, they noted, that efficacy may not be as strong in clinical practice, although the half-life is long, so Novo does not believe lapses in fasting would have a big effect.

Convenience of dosing – including when patients must take their pills – is important, since established injectable GLP-1 inhibitors are more effective than DPP-4 and SGLT-2 inhibitors, but are viewed to have less convenient administration than oral therapy.

Evercore ISI analyst Raffat has previously noted the challenges in making an oral version of semaglutide, observing that Novo's studies for the pill form of its GLP-1 agonist have strict criteria for use, including the amount of water intake needed with the drug and instructions on fasting. Oral semaglutide must be taken in the morning 30 minutes prior to eating, which is not necessarily convenient for a chronic therapy.

Semaglutide requires a large amount of protein to be delivered through the gut, so tolerability and adherence have been under scrutiny. The company is developing a next-generation oral version of the drug that would be easier to manufacture. (Also see "Novo Nordisk Already Plans A 'Next Generation' Oral Semaglutide - CEO" - Scrip, 8 Mar, 2018.)