Biktarvy’s powerful sales growth and the potential of a first-in-class capsid inhibitor in both prevention and heavily treatment-experienced patients are key to Gilead’s plan for staying on top in HIV. 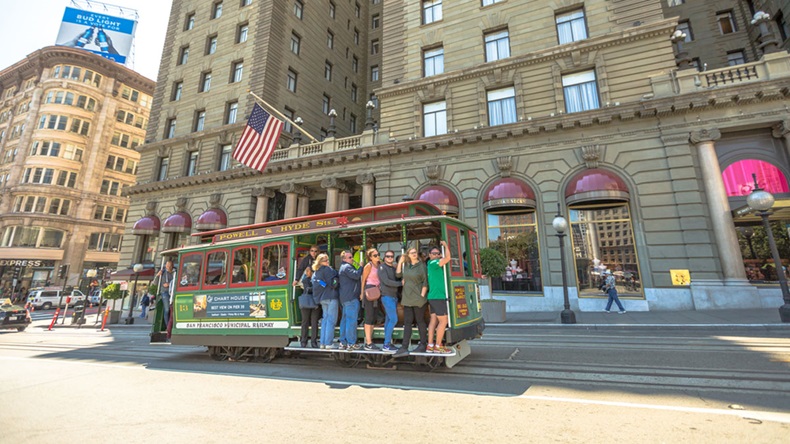 IN SAN FRANCISCO, GILEAD CEO O'DAY DETAILED HOW THE COMPANY WILL MAINTAIN ITS DOMINANCE IN HIV

Still less than a year on the job, Gilead Sciences Inc. CEO Daniel O’Day knows skeptics question the long-term viability of the firm’s dominance in the HIV space. Speaking at the J.P. Morgan Healthcare Conference on 13 January, he asserted that Biktarvy and an investigational capsid inhibitor will enable his company to maintain its status in HIV for years to come.

Despite competition from ViiV Healthcare and other companies, O’Day pointed to Gilead’s 14% compound annual growth rate (CAGR) for HIV since 2011, with the period from the third quarter of 2018 to the third quarter of 2019 seeing a 13% growth rate. He also noted Gilead set an industry standard with 15 virology launches in 10 years, including its efforts in hepatitis C and hepatitis B.

O’Day opened his talk by opining that any list of the 10 greatest medical breakthroughs of the decade just ended should include curative regimens for hepatitis C and transforming HIV “from a death sentence to a chronic preventable illness,” and the central role Gilead played in those advances.

Approximately eight out of 10 people living with HIV currently are on a Gilead drug, O’Day added.

Gilead doesn’t face any crippling patent expirations during the 2020s, the exec continued, but it has been preparing for US patent expiry of its HIV combo pill Truvada (emtricitabine/tenofovir disoproxil fumarate, or TDF) toward the end of 2021. The firm has been working for years to convert patients from regimens that have TDF as a backbone to those containing its second-generation tenofovir alafenamide (TAF), such as Truvada follow-on Descovy (emtricitabine/TAF). Descovy brought in $363m during the third quarter of 2019, and $1.06bn during the first nine months of the year. (Also see "Gilead HIV Sales Getting Boost From Switches To TAF-Based Combos" - Scrip, 2 Nov, 2016.)

Biktarvy and the promise of less-frequent dosing with its capsid inhibitor GS-6207 will enable Gilead to maintain its place at the summit, O’Day said. Biktarvy is now the biggest business at Gilead and is a highly differentiated product with a long patent life ahead, he said. In October, the company reported third quarter sales of $4.2bn for its HIV franchise, up from $3.7bn a year earlier, led by Biktarvy. (Also see "Gilead Says Sluggish Yescarta Business Will Continue To Fluctuate" - Scrip, 24 Oct, 2019.) Biktarvy brought in $1.26bn globally during the quarter, including $1.1bn in the US, and $3.17bn during the first three quarters of 2019, including domestic sales of $2.87bn.

“It’s the number-one prescribed regimen and it’s been growing 80% quarter on quarter since launch and passed the $1bn mark a quarter ago,” O’Day said. “This is a strong, durable product, one pill a day with low resistance, high efficacy, is a game-changer in HIV for treatment and will be for years to come.”

Through three years of Phase III clinical trial data, there have been zero reports of treatment resistance in patients taking Biktarvy, the CEO said. He also contended that Gilead expects Biktarvy to remain “the preferred treatment option for a majority of [HIV] patients through 2033.”

Some Expect HIV Franchise Erosion
Credit Suisse analyst Evan Seigerman maintained a rating of “underperform” for Gilead’s stock on 13 January after hearing O’Day’s talk, based partly on anticipation of “slowing growth for Biktarvy and forecasted erosion to the HIV platform.”

O’Day also used the J.P. Morgan stage to outline Gilead’s current business development strategy, which he said will occur “from a position of strength and a sense of urgency.” (Also see "J.P. Morgan Notebook Day 1: No Big Deals, But Plenty Of Pipeline, Commercial Highlights" - Scrip, 14 Jan, 2020.) He pointed specifically to the firm’s broadened partnership with Galapagos NV as an example of the kinds of deals Gilead will seek moving forward. (Also see "$5bn Galapagos Deal Won’t Be Last For Gilead, Says O’Day" - Scrip, 15 Jul, 2019.)

“In our view, management has not laid out a concrete strategy for growth, and partnerships and bolt-on acquisitions are unlikely to move the needle near term,” Seigerman wrote in response to those comments.

Another goal for Gilead to continue its HIV strength is to grow the use of Descovy in PrEP from the current 25% market share to between 40% and 45% by the end of 2020. “The market is under-penetrated, and we’ve got lots of programs to improve that,” O’Day said.

But market research indicates that Gilead may realize a significant opportunity if it can successfully develop its capsid inhibitor GS-6207 to offer patients a variety of dosing options without sacrificing efficacy or safety. O’Day called ‘6207 “the anchor molecule for what we consider to be less frequent dosing for HIV patients.” Gilead is investigating its viability as a weekly oral option and perhaps even a twice-a-year injectable therapy.

Gilead currently is running the Phase II/III CAPELLA study with ‘6207 in combination with other antiviral therapy in heavily treatment-experienced patients with resistance to prior therapy, the Phase II CALIBRATE open-label study testing ‘6207 oral and subcutaneous with other antivirals, and a Phase I monotherapy study of ‘6207 for PrEP.

Data from these studies could enable Gilead to bring a new treatment option to different HIV patient subpopulations, O’Day said. “What’s really important is when we go out and talk to those eight out of 10 patients on a Gilead medicine, we ask them what really would make a difference to [them] versus the high bar of one pill once a day,” he explained. “What they tell us is they don’t want a once-monthly intramuscular injection [but they’ll] go once a week oral dose or preferably an injectable that is less frequent, perhaps once a quarter or twice a year.”

Gilead is seeking to keep the bar high in HIV, O’Day concluded, and not by seeking merely incremental innovation in that space.