Labeling Updates For Old Drugs Could Be Faster Under Streamlining Proposal 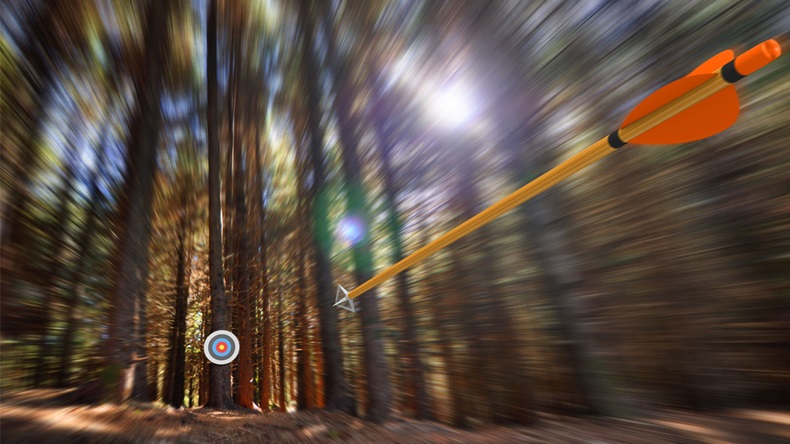 A streamlined pathway for adding important data to labeling of older drug products could encourage submission of more labeling supplements to better reflect products' current clinical use, but the idea seems to lack strong support from the US FDA and the generic drug industry due to a host of factors including complexity, resources and product liability concerns.

The proposal, aimed at bringing labeling for older drugs into line with current real-world practice, was introduced at the Friends of Cancer Research's (FOCR) recent annual meeting in Washington, DC. Described as a "straw man” because it was intended to generate discussion, the concept was developed by a multi-stakeholder group encompassing cancer patient advocates, clinicians, and legal experts.

Although FDA and the Association for Accessible Medicines (AAM) reviewed and commented on the draft discussion paper, they were not signatories.

The paper describes a pilot program aimed at correcting outdated labeling that does not reflect a drug's current use in clinical practice, either because the brand sponsor responsible for the reference product has no incentive to add a new indication or seek a labeling change, or because the reference listed drug has been withdrawn and only generic versions remain on the market.

The issue of outdated product labeling has long been a concern to the agency, Center for Drug Evaluation and Research Director Janet Woodcock said at the FOCR meeting.

In therapeutic settings outside of oncology, reimbursement is often tied to a drug's labeled indication, she noted. In addition, "we are concerned … as these labels get way out of date some practitioner who isn't usually in the field but wishes to use that drug reads the label and gets inaccurate instructions [or] does procedures that are no longer necessary, uses incorrect dose."

When an NDA for a reference listed drug is withdrawn, leaving only generic versions on the market, "it basically freezes the label at least as far as the indications go." – FDA's Woodcock

Perhaps the biggest challenge to ensuring that labels stay current is when a reference listed drug sponsor withdraws its new drug application (NDA), leaving only generics on the market. Since generics must have the same labeling as the reference product, when an NDA is withdrawn "it basically freezes the label at least as far as the indications go," Woodcock said.

"We have over 450 drugs … that don’t have any innovator marketing. It's just the generics that are on the market," Woodcock said. "That label has caused us a lot of problems even approving the generics. It's hard for us to overtly approve a new generic drug when we know the label is wrong in some way."

Although FDA has authority to order safety-related changes to labeling even if a reference listed drug has been withdrawn, "changing substantial information in the generic label without a reference sponsor to negotiate with is difficult," Woodcock said. "We couldn't add indications."

The proposal discussed at the FCOR meeting calls for FDA to identify products that have been on the market for at least 15 years and for which labeling lacks either critical efficacy or safety information or contains incorrect or misleading prescribing instructions.

FDA would notify the sponsors of the affected drugs to seek agreement to pursue revised labeling. The agency would then work with stakeholders to review the available postmarketing evidence, and this could entail cooperative agreements or contracts with private entities to conduct an evidence review.

Based on this evidence review, FDA would determine whether the data meet the approval standard for a labeling revision and, if so, publish a notice in the Federal Register summarizing the data and inviting the reference listed drug sponsor or abbreviated new drug application (ANDA) holders to submit labeling supplements under Section 505(b)(2). FDA would approve the sNDA as the reference drug, and all other generic labeling would be updated to reflect the changes.

Josephine Torrente, a director at Hyman, Phelps and McNamara and one of the contributors to the draft discussion paper, said the proposal "is the simplest way we could think of that involved the least cost and the least effort."

However, she acknowledged limitations to the proposal, including that there is no financial incentive for either an NDA holder or an ANDA holder to request a labeling update for an older product because additional exclusivity would not be available. "It's really a good citizen motive," she said. "I don’t know how much incentive is needed for that."

Additionally, if an ANDA holder is the entity that pursues a labeling change and becomes the new reference drug, it potentially could open the door to failure-to-warn claims related to that product, Torrente said, suggesting that a legislative fix may be needed to address such product liability concerns.

When it comes to incentive, "I think legislation would be, if not needed, certainly helpful to deal with some of the issues that are in the way and either create carrots or sticks to encourage this to happen," she said. "I don't think it's necessary legally, but it may be necessary practically."

Rachel Sher, AAM's deputy general counsel, expressed the generic drug trade association's support for the proposal's goal but raised concerns that even such a streamlined process may be too burdensome or expensive for generic manufacturers. She also raised liability issues and questioned how it would impact generic substitution practices.

"We support the goal of the white paper and stand ready to be a partner in what I think is a very complicated task," she said.

While AAM supports making updated information about drugs available in a timely fashion, labeling is only one way of conveying such information and "it's definitely not the only way or even the most frequently used particularly in clinical practice," she said.

When NDAs are withdrawn, in many cases FDA has taken leadership in directing generic drug labeling changes, which ensures the accuracy and consistency of product labeling, Sher said. "AAM fully supports this model and believes that this is the best way to get timely information to patients and their providers."

CDER's Woodcock also expressed reservations about the proposals based in part on experience several years ago with the Prescription Drug Labeling Improvement and Enhancement Initiative (PDLI-EI), a pilot project to identify best practices and standardize the approach to voluntary conversion of older product labels into the Physician Labeling Rule (PLR) format.

A Feb. 6, 2013 Federal Register notice described the agency's plans to use a contractor to provide PLR conversion resources and services, including preparation of draft PLR labeling, for applicants who request FDA's assistance to convert older drug labeling to PLR format. The plan called for FDA to review the draft labeling prepared by the contractor and then send the applicant the proposed draft PLR format labeling, and the applicant would submit a labeling supplement to FDA. (Also see "FDA Wants All Drug Manufacturers To Adopt Highlights Labeling Format" - Pink Sheet, 5 Feb, 2013.)

Woodcock said the agency hired a contractor "to try to clean up a couple of really old labels that were really a mess and they didn't even at all reflect how the drugs were being used nowadays. And what we got back we couldn't use, so then we cancelled the contract."

"It makes me realize what FDA does there's kind of an art to it, and there may not be that many people who understand all the standards and all the things you have to go through," she said.

Because agency staff expended considerable effort on PDLI-EI, "there isn't a lot of enthusiasm for trying that route again," Woodcock said. "Of course … I'd be open to trying again if we thought that would help in this situation."

FDA said it terminated the PDLI-EI contract "because of the complex scientific, legal and regulatory considerations associated with updating older labeling identified during a pilot phase."

In response to questions from the Pink Sheet, FDA said it elected to terminate the PDLI-EI contract "because of the complex scientific, legal and regulatory considerations associated with updating older labeling identified during a pilot phase."

"FDA remains committed to ongoing efforts to optimize the utility of prescription drug labeling," the agency said, noting it continues to publish guidance documents related to procedural and content issues for labeling. These include a July 2016 draft guidance on updating ANDA labeling after the NDA for a reference listed drug has been withdrawn.

"The number of FDA staff dedicated to labeling review has been increased in recent years, and FDA continues to perform stakeholder outreach with opportunities such as joint FDA-industry conferences on enhancing the quality of FDA prescription drug labeling," the agency said.

Speaking from the audience at the FOCR meeting, Richard Pazdur, director of FDA's Oncology Center of Excellence, said one of the problems with PDLI-EI was that the contractors were not subject content experts, at least with regard to oncology.

"This could be done if you get the right people here," Pazdur said. "I think many of the senior people may not want to do this in the FDA, but if you made it kind of a joint project where it's more of an educational process by involving the community more, this I think you could get some traction on it."

"We would have no problem writing [proposed labeling] eventually if we had adequate resources but then … this protection from suits for the generic industry would have to be resolved," Pazdur said.