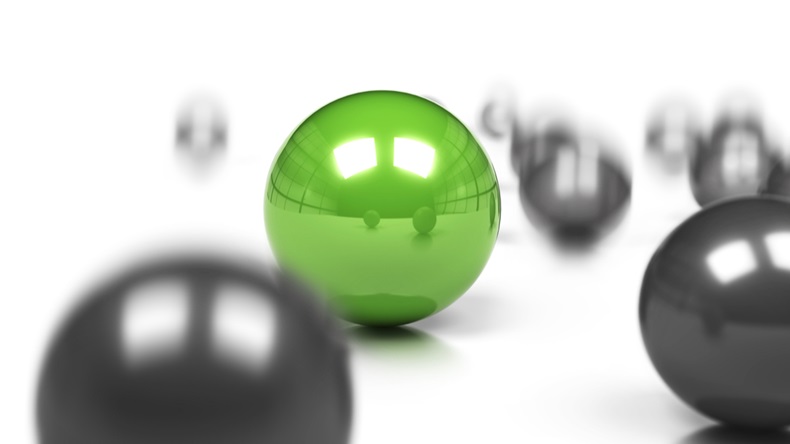 Being first-in-class usually means a market advantage, but the benefit has been particularly amplified in certain competitive cancer categories when there is limited clinical differentiation. Drug categories like CDK4/6 and PARP inhibitors, for example, are striking in terms of how the early advantage has played out long term.

Pfizer Inc.'s experience with the CDK4/6 inhibitor Ibrance (palbociclib) has been notably stellar. Ibrance generated $1.27bn in the second quarter, with year-over-year growth of 27%, and catapulted the product into Pfizer's best-selling drug.

Pfizer's Ibrance has a strong lead in the CDK4/6 space, but Novartis' Kisqali and Lilly's Verzenio are looking to carve out their own niches, expand the category and move into earlier treatment settings. Another scramble is on as well, to answer the question: what comes next?

Ibrance was the first CDK4/6 inhibitor approved for hormone receptor-positive (HR+), human epidermal growth factor receptor 2-negative (HER2-) breast cancer in 2015, followed by Novartis AG's Kisqali (ribociclib) and Eli Lilly & Co.'s Verzenio (abemaciclib) two years later in 2017. Each of the drugs have slightly different indications, but are largely viewed by physicians as being similar. (See sidebar.)

However, neither drug has made big commercial headway against Ibrance, despite expansive clinical programs and big investment. Kisqali generated $111m in the second quarter (up from $91m in Q1) and Verzenio generated $133.9m (up from $109.4 in Q1).

Kisqali has even shown an overall survival improvement in two Phase III studies in different HR+, HER2- breast cancer populations, while Ibrance failed to show an overall survival benefit in the PALOMA-3 trial. (Also see "Novartis' Kisqali Scores Big Win In Competitive CDK4/6 Space" - Scrip, 1 Jun, 2019.) Novartis presented the first survival data for the class at ASCO in June, and on 31 July announced positive topline findings from MONALEESA-3, a trial conducted in women with HR+, HER2- advanced or metastatic breast cancer in both the first-line and second-line settings.

That followed Lilly’s 30 July announcement that Verzenio had shown an overall survival advantage in a pre-planned interim analysis of the MONARCH-2 trial, in combination with fulvestrant. “The fact that we were able to demonstrate significance at a pre-planned interim confirms the strength of Verzenio and we do believe differentiates our product,” Lilly Oncology president Anne White told the firm’s same day earnings call. “We do expect increased growth across all lines of therapy based on these results.”

The third quarter will be the first real test of whether the survival data builds differentiation between the CDK4/6 inhibitors or if physicians see the data as reading out across the class. But to date, having a survival advantage seems less straightforward than in some other competitive categories, like psoriasis, for example, where Lilly's second-to-market IL-17 inhibitor Taltz (ixekizumab) has grown into a blockbuster even as Novartis' first-in-class Cosentyx (secukinumab) maintains a strong lead.

One big commercial difference in cancer is that insurers are less likely to pit similar drugs against each other in formulary placement, so drug makers have less leverage to use rebates to secure market access. Physicians, too, are likely to feel more confident prescribing a drug the longer they work with it.

PARP Inhibitors: One Blockbuster And Many Rivals

AstraZeneca's Lynparza, Tesaro's Zejula and Clovis' Rubraca have brought much needed advances to patients with ovarian cancer, but the market is relatively small and the competition intense, while unmet need remains high.

Lynparza was the first PARP inhibitor approved in December 2014, followed by Rubraca in December 2016, Zejula in 2017 and Talzenna in 2018. (See sidebar.)

Pfizer didn't break out sales of Talzenna, indicating the results were not meaningful to the firm’s top-line. The company sees bigger commercial opportunities in future indications like prostate cancer and triple-negative breast cancer.

GSK has big ambitions for Zejula to catch up to Lynparza, after acquiring the drug with its Tesaro purchase at the beginning of the year. The Phase III PRIMA trial showed a progression-free survival benefit as a first-line maintenance treatment for ovarian cancer in women regardless of their biomarker status, a key milestone to reaching that goal. (Also see "GSK's Zejula Poised To Take On Lynparza In First-Line Ovarian Cancer " - Scrip, 15 Jul, 2019.) GSK plans to file the data with the FDA by the end of the year.

For a small independent biopharma like Clovis, with only one marketed drug, the sluggish uptake of Rubraca has been a real challenge. The company reported a net loss of $120m in the second quarter on 1 Aug. Its stock opened 12% lower at $9.33, down dramatically from where it was trading a year ago at $43.95.

During a same-day conference call, CEO Patrick Mahaffy insisted Rubraca is continuing to gain momentum and that Clovis is working to expand the maintenance treatment market.

"We have multiple initiatives underway in our effort to compete for market share and to make inroads against the ingrained habit of watch-and-wait as opposed to active maintenance treatment," he said.

The commercial dynamic in oncology raises questions for some potential future growth drivers. For example, Sanofi is preparing to launch the anti-CD38 antibody isatuximab in the first half of 2020. (Also see "Sanofi Myeloma Drug Shines But Darzalex Dominates Still " - Scrip, 3 Jun, 2019.) The company announced the regulatory filing for isatuximab in relapsed/refractory multiple myeloma was accepted by the FDA in July and has a target action date of 30 April.

But isatuximab is launching in a category already dominated by Johnson & Johnson's Darzalex (daratumumab), which generated $774m in the second quarter. The Sanofi drug's commercial path to success is going to be challenging, particularly since J&J has recently filed a subcutaneous version of Darzalex that dramatically reduces the administration time to three to five minutes versus several hours for the existing intravenous version and 75 minutes with isatuximab from the third infusion on.

Sanofi's global head of R&D John Reed was confident on the launch of isatuximab during the company's second quarter call on 29 July, highlighting its clinical efficacy and tolerability profile and downplaying any disadvantage on administration.

"We will begin studies on a subcutaneous formulation of isatuximab in the second half of this year, and we are optimistic we'll further reduce the total administration time," he said. He also pointed out biologic differences in the two drugs, which he said could still result in a best-in-class drug.

But in oncology, the best way to separate a drug from the pack is through key clinical differences. Merck's PD-1 inhibitor Keytruda (pembrolizumab) has shown that, coming into the market behind Bristol-Myers Squibb Co.'s Opdivo (nivolumab), but growing into the dominant brand by delivering impressive efficacy data – coupled with surprising disappointing results for Opdivo. (Also see "First-Line Chemo Combo Data Help Merck's Keytruda Power Past Opdivo" - Scrip, 29 Jul, 2018.)