Bristol-Myers Squibb has withdrawn its EU application to extend Opdivo’s use to metastatic colorectal cancer (mCRC), following a similar move for liver cancer last year. But the mCRC withdrawal is likely to have limited commercial impact and the company is more interested in pursuing the product’s use in combination treatment for this indication. 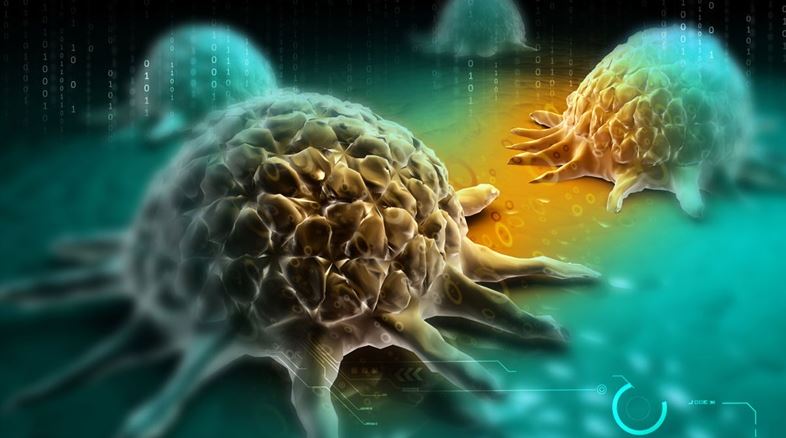 BMS has withdrawn its EU Opdivo filing for colorectal cancer

Bristol-Myers Squibb Co.’s decision to pull its EU application to use its PD-1 inhibitor Opdivo (nivolumab) in the additional indication of metastatic colorectal cancer (mCRC) follows a similar withdrawal for the drug in liver cancer last year.

This is something of a regulatory setback for BMS, but in commercial terms the latest withdrawal is unlikely to have much of an impact because the company is pursuing Opdivo’s use in combination with Yervoy (ipilimumab) and Novartis AG’s Mekinist (trametinib) rather than as monotherapy for this indication, according to PharmaVitae analyst Oliver Spray.

The withdrawal of the mCRC application was announced by the European Medicines Agency on Jan. 26 following the monthly meeting of its main scientific committee, the CHMP. (Also see "Seven Green Lights From EU’s CHMP, Including Drugs For Hemophilia, Diabetes, Alpha Mannosidosis And Hyperkalemia" - Pink Sheet, 26 Jan, 2018.) The committee had told BMS last year that its failure to provide data from comparative clinical trials meant that it was unable to determine the drug’s benefit in these indications. It also had concerns about the study design and the criteria used to select trial participants.

BMS said it remained “fully committed” to developing Opdivo in mCRC and reserved the right to seek approval for this or other therapeutic indications in future, although it stopped short of saying whether it had plans to run any comparative studies.

The CHMP noted that Opdivo was approved in Europe in June 2015 and is currently used for non-small cell lung cancer, advanced renal cell carcinoma, classical Hodgkin lymphoma, squamous cell cancer of the head and neck, and urothelial cancer.

The specific new indication sought by BMS was the treatment of adults with mismatch repair deficient (dMMR) or microsatellite instability high (MSI-H) mCrc after prior fluoropyrimidine based therapy. The CHMP said the application was based on a main study (Checkmate-142) involving 74 adults, all of whom received Opdivo, but the product was not compared with any other treatments.

The application was withdrawn after the CHMP had evaluated the documentation and assessed the company’s responses to lists of questions, and decided that there were “still some unresolved issues.”

The rel="noopener noreferrer" CHMP said that the results from the main study were “insufficient to determine the benefit of Opdivo in these patients. The study did not compare Opdivo with other treatments and there were concerns about the design of the study and the criteria used to select and categorise study participants. Therefore, the CHMP concluded that the medicine could not have been approved based on the data presented by the company.”

In rel="noopener noreferrer" its withdrawal letter to the EMA, BMS said that “despite the promising data shown for nivolumab in the target indication, uncertainties in the context of the non-comparative design of the pivotal study and the limited number of patients do not allow the committee to conclude on a positive benefit-risk balance at the present time.”

The committee said at the time that while it acknowledged there were no approved therapies for HCC that could provide “clinically relevant benefit for these patients,” this is by no means a valid excuse for not conducting (nor planning) a comparative study. The MAH’s arguments for not pursuing a controlled trial are not convincing.” It added: “Unfortunately, the MAH has no plans to conduct a confirmatory comparative study in 2L HCC patients.”

A BMS spokesperson told Scrip the company believed that “the strength of the clinical data (durable overall response rate and overall survival) for Opdivo from CheckMate-142 and CheckMate-040 in dMMR/MSI-H metastatic colorectal cancer (mCRC) and hepatocellular carcinoma (HCC), respectively, warranted regulatory consideration of these single-arm trials to rapidly address the unmet need in patients with previously treated dMMR/MSI-H mCRC and HCC.”

Asked whether the company was planning to conduct comparative trials in either of the indications, the spokesperson said it did not comment on its future regulatory plans, noting only that it was “committed to bringing our medicines to patients with unmet medical needs with speed and urgency, and this includes treatments for patients with HCC and mCRC.”

In any case, the commercial significance of the EU mCRC withdrawal for Opdivo is likely to be limited, because BMS is more interested in pursuing the product’s use in combination with Yervoy and Mekinist, says Oliver Spray, an analyst with the PharmaVitae team at Informa’s Datamonitor Healthcare.

“PharmaVitae believes that BMS’s withdrawal will not significantly hamper the commercial potential of Opdivo in colorectal cancer as the company will shift its focus to developing Opdivo in combination with Yervoy and Mekinist which have shown superior efficacy benefits in early-stage trials,” Spray commented.

In combination with Yervoy, Opdivo has produced incremental activity in patients with dMMR or MSI-H mCRC compared with Opdivo as a monotherapy, with 55% patients achieving an objective response compared with just 35% with Opdivo alone, Spray continued. The company is also due to initiate Phase I/II trials testing Opdivo plus Yervoy and Mekinist – a mitogen-activated protein kinase (MEK) inhibitor. “MEK inhibitors are proving popular additions to PD-1 treatment of colorectal cancer, with Merck & Co. Inc. and AstraZeneca PLC testing the combination in clinical trials,” he noted.

Moreover, “Bristol Myers Squibb does not see the colorectal market as a significant growth driver for its Opdivo franchise, meaning the withdrawal will have limited impact on the franchise’s commercial prospects,” Spray said. At the JP Morgan 2018 healthcare conference, the company cited only four indications as growth opportunities – lung, renal cell, hepatocellular, and gastric cancer – and omitted the contribution of colorectal cancer, he added.

Interestingly, the US has taken a very different approach from the EMA. In August last year, the Food and Drug Administration approved Opdivo for use in MSI-H or dMMR mCRC under an accelerated review. The product was already available in the US for melanoma, non-small cell lung cancer (NSCLC), renal cell carcinoma, Hodgkin's lymphoma, head and neck, and bladder cancers. (Also see "BMS' Opdivo Approval In CRC Overshadowed By Keytruda Dominance" - Scrip, 2 Aug, 2017.)

The following month, the agency approved the product for second-line use in HCC, again under an accelerated review, for all patients with HCC, including secondary metastases and regardless of PD-L1 expression. (Also see "Bristol's Opdivo Diversifies Options In Liver Cancer" - Scrip, 25 Sep, 2017.)