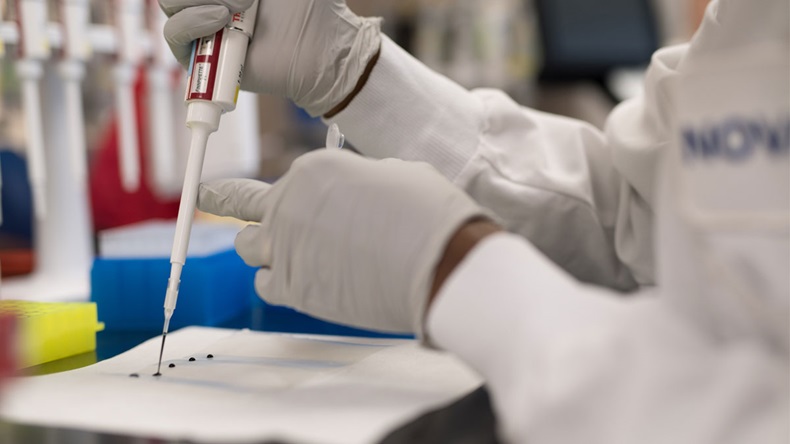 Novavax, Inc.’s efforts to develop a COVID-19 vaccine have received a huge boost from the US government’s Operation Warp Speed via a $1.6bn award.

The company had been one of a number of smaller companies chasing the leaders in the race to develop a vaccine, but the funding now gives it a cash injection it had been lacking, and a clear path to Phase III trials.

The $1.6bn award is the biggest yet from Operation Warp Speed, exceeding the $1.2bn contract agreed with AstraZeneca in connection with its vaccine AZD1222 in May.

Novavax’s candidate NVX-CoV2373 only entered a Phase I/II trial in May, but US health secretary Alex Azar indicated that the funding meant it could be one of the vaccines potentially ready for widespread use via emergency use authorization in the US by the end of 2020 or early 2021.

NVX-CoV2373 is a recombinant protein nanoparticle vaccine, and provides an alternative platform to frontrunners such as AstraZeneca PLC’s adenovirus-based candidate and Moderna’s mRNA-based MRNA-1273.

Moderna received $483m from the Biomedical Advanced Research and Development Authority (BARDA) in April, and is working closely with the US National Institutes of Health (NIH) on its vaccine, but has not been confirmed as a Warp Speed program.

Pfizer and BioNTech’s mRNA-based vaccine is another which had been expected to be shortlisted by OWS. However, Pfizer’s CEO Albert Bourla has said the company will refuse public funding, saying this could actually slow down rather than speed up its development process. (Also see "Pfizer CEO Bourla Wants Profit From COVID-19 Vaccine" - Scrip, 30 Jun, 2020.)

Novavax’s candidate is based on the more tried-and-tested protein subunit approach to vaccines, but nevertheless its nanoparticle technology is novel and, like Moderna, Novavax has never brought a product to market before.

The Gaithersburg, MD-based company is also using its proprietary Matrix-M adjuvant to boost the immune response and stimulate high levels of neutralizing antibodies. Preclinical trials of the vaccine showed high levels of antibodies that block the virus’s spike protein, but as with other candidates, it is yet to be seen if this translates into blocking SARS-CoV-2 infection, either partially or fully.

The new is a vindication for Novavax, which had not been mentioned in a 4 June report in the New York Times, which claimed that five other candidates had been shortlisted by Operation Warp Speed .

Shortly after that, the company signed a $70m deal with the US Department of Defense, which was a major vote of confidence from the US government.

Then on 15 June, Novavax’s president of research and development Gregory Glenn told Scrip that there was still scope for joining the Warp speed shortlist – a prediction now confirmed by the new funding. (Also see "Operation Warp Speed Shortlist Not Decided Yet, Says Novavax" - Scrip, 15 Jun, 2020.)

The agreement means Novavax must demonstrate that it can rapidly scale up manufacturing, including the capability to stockpile and distribute large quantities of NVX-CoV2373 when needed. The deal funds the late-stage clinical studies needed to demonstrate the safety and efficacy of NVX-CoV2373, including a pivotal Phase III trial with up to 30,000 subjects starting in the fall of 2020.

“Adding Novavax’s candidate to Operation Warp Speed’s diverse portfolio of vaccines increases the odds that we will have a safe, effective vaccine as soon as the end of this year,” said US Health and Human Services Secretary Alex Azar. “Today’s $1.6bn investment supports the Novavax candidate, depending on success in clinical trials, all the way through to manufacturing 100 million doses for the American people.”

Nevertheless, the announcement will fuel further criticism of Operation Warp Speed, as its leaders have still not publicly spelled out what the initiative’s overarching strategy is – and have even declined to confirm which companies will be shortlisted.

Gary Disbrow oversees Operation Warp Speed vaccine investments as the acting director of the BARDA and appeared before a US senate committee on 2 July to discuss its progress. However Disbrow declined to provide any substantial details, indicating that commercially confidential negotiations were ongoing.

In May, Operation Warp Speed revealed it had selected 14 candidates, but did not name them. At the time it pledged to whittle these down to a final eight which would then be supported through clinical trials, but has still not published an official shortlist. (Also see "Warp Speed May Be Usurping BARDA, Potentially Hurting COVID-19 Vaccine Prospects" - Pink Sheet, 25 Jun, 2020.)

The timing of the Novavax award could also be seen as unnecessarily premature, as results from the observer-blinded Phase I results will be available later this month.

The Phase I/II clinical trial of NVX-CoV2373 is in 130 healthy participants aged 18 to 59 and began in Australia in May. Preliminary immunogenicity and safety results are expected at the end of July, and the Phase II portion to assess immunity, safety, and COVID-19 disease reduction is expected to begin after this point. The Phase I/II trial already has funding of $388m funding from the Coalition for Epidemic Preparedness Innovations (CEPI).