Pharma is criticized for aggressive marketing, but the report also seeks industry help in research on innovative medication; prescribers remain relatively unscathed, and mandatory education programs are not recommended. 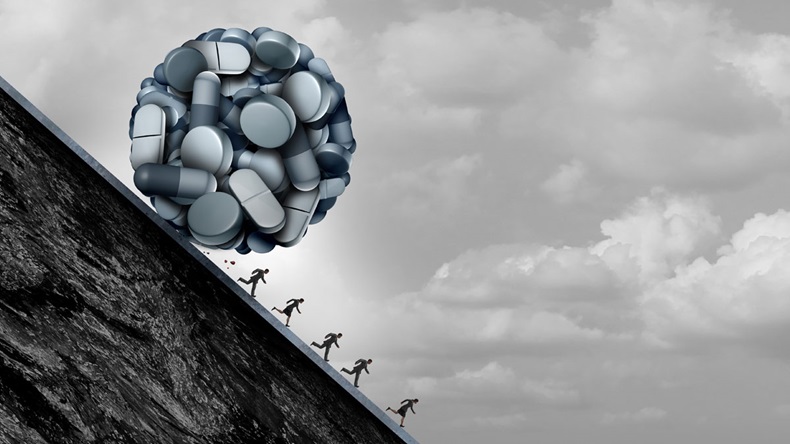 The final report of the President's Commission on Combating Drug Addiction and the Opioid Crisis had one recommendation specifically directed to the US FDA, calling for it to establish guidelines for post-market surveillance related to diversion, addiction and other adverse consequences of controlled substances.

The report, released Nov. 1, acknowledges the actions FDA has taken to address the opioid crisis, including strengthening post-marketing requirements, updating the Risk Evaluation and Mitigation Strategy program to extend it to immediate release opioids, and expanding access to abuse-deterrent formulations. However, it noted that prescriber education in the REMS is currently optional for prescribers.

Significantly, the report does not recommend mandatory prescriber education on opioids, a decision that may put to rest what had looked like an inevitable, though daunting, policy option. (See sidebar.)

"The evidence base to guide the use of opioid medications, particularly in the setting of long-term use, is substantially lacking," the report states. "Over decades, opioids were approved by the FDA with two significant gaps in vigilance: lack of concern of misuse, tampering, and diversion from a legitimate prescription and inadequate post-market surveillance of efficacy for long-term use, addiction, and other long-term consequences (e.g. depression or transition to heroin)."

The Commission voted to approve the report during its fifth and final public meeting. New Jersey Governor Chris Christie, chair of the six-member commission, noted that President Donald Trump did exactly what Christie had asked him to do when he declared the opioid epidemic a public health emergency last week. Critics complained that the action fell short of declaring a national health emergency, which would have provided new funds to tackle the problem. (Also see "Declaring Opioid Emergency, Trump Touts FDA Actions, NIH-Industry Partnerships" - Pink Sheet, 26 Oct, 2017.)

Christie said that he and the President are now "handing the baton to Congress" to appropriate funds to deal with the public health emergency. The report does not call for specific funding.

In concluding remarks, Christie called out the pharmaceutical industry, saying "huge pharmaceutical companies stood on the sidelines during this crisis." He noted that they have committed to work with the National Institutes of Health to develop non-opioid pain treatments and medication-assisted treatments.

The report also criticizes the pharma industry. Discussing the origins of the current crisis, it points to the aggressive promotion of an oxycodone brand from 1997 to 2002, alluding to Purdue Pharma LP's OxyContin, which it says led to a 10-fold rise in prescriptions to treat moderate to severe noncancer pain and increases in prescribing of other opioids.

"Even when overdose deaths mounted and when evidence for safe use in chronic care was substantially lacking, prior to 2001, the FDA accepted claims that newly formulated opioids were not addictive, did not impose clinical trials of sufficient duration to detect addiction, or rigorous post-approval surveillance of adverse events, such as addiction," the report states.

Regarding R&D, the final report recommends:

The commission cites three medications approved for treating opioid use disorder – methadone, buprenorphine, and naltrexone – and says there is a need to develop new treatment strategies, including new pharmacologic approaches that focus on modulating activity of the reward circuit through other targets.

The Commission recommends that CMS review and modify rate-setting policies that discourage the use of non-opioid treatments for pain, such as certain bundled payments that make alternative treatment options cost prohibitive for hospitals and doctors, particularly those options for treating immediate post-surgical pain.

It also advises federal agencies to revise regulations and reimbursement policies to allow for substance use disorder treatment via telemedicine.

The report concludes with a breakdown of federal funding sources for drug-related activities. It observes that the funding landscape exists in silos and is potentially duplicative. It notes that many state governors and their senior staff have expressed concern that the funding from the federal government has been fragmented.

The report says the President's FY 2018 budget request supports $27.8bn for drug control efforts spanning prevention, treatment, interdiction, international operations, and law enforcement across 14 executive branch departments, the federal judiciary and the District of Columbia. It says this represents an increase of $279.7m (1%) over the annualized continuing resolution level in fiscal year 2017 of $27.5bn.

The American Medical Association commended the commission for its comprehensive report, saying it "provides an excellent roadmap for increasing access to medication-assisted treatment for patients with substance-use disorders and also demonstrates the need to eliminate barriers to accessing the full spectrum of multidisciplinary pain treatment options."

The National Association for Chain Drug Stores also issued a statement heralding the report as "a catalyst for further collaboration and action in helping to create solutions to the epidemic."