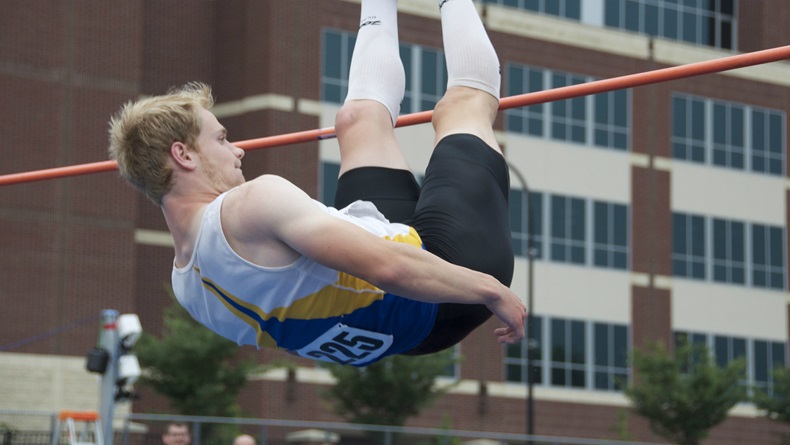 If Pacira Pharmaceuticals Inc.'s US FDA advisory committee experience with Exparel (bupivacaine liposome injectable suspension) is any indication, sponsors seeking to label their products as having opioid-sparing effects may face a high evidentiary bar for making such claims.

Merely showing that a non-opioid product resulted in reduced use of an opioid in a placebo-controlled trial is not enough to allow a sponsor to promote a drug for such a benefit, members of the Anesthetic and Analgesic Drug Products Advisory Committee said at a Feb. 14-15 meeting on an expanded label for Pacira's local anesthetic.

Instead, panelists suggested there need to be long-term longitudinal data showing such an effect, as well as a linkage between the reduction in opioid use and functional outcomes or other clinical benefit.

Opioid-sparing language in drug labeling is not common. When asked by the Pink Sheet whether any drugs were approved with labeling language on opioid sparing, FDA pointed to two injectable analgesic products: Cumberland Pharmaceuticals Inc.'s Caldolor (ibuprofen) approved in 2009, and Mallinckrodt PLC's Ofirmev (acetaminophen) approved in 2010.


However, given the societal shift away from opioid use in the midst of a public health crisis of abuse and misuse, as well as the push to develop more non-opioid treatments for treating pain, agency reviewers may see an increasing number of products purported to have opioid-sparing effects coming across their desks.

Pacira's requested indication does not include an opioid-sparing claim. Nevertheless, the company highlighted the clinical utility of Exparel as a long-acting alternative to opioid analgesics in both its advisory committee briefing document and at the meeting. (Also see "Pacira's Exparel Faces Efficacy Questions On Nerve Block Indication" - Pink Sheet, 12 Feb, 2018.)

The company's four placebo-controlled pivotal trials submitted in support of the nerve block indication included secondary endpoints related to opioid usage. Only two of the trials met their primary endpoints of pain reduction; in both of these studies, there also was a statistically significant reduction in postsurgical opioid use within the first few days after surgery.

Richard Scranton, senior vice president and chief scientific officer, said Pacira is partnering with numerous organizations to educate providers and patients on strategies to minimize the use of opioids and to evaluate Exparel's impact on opioid prescribing in real world settings.


"We're hoping we can show that you can make a difference from intense non-opioid pain management early on," Scranton said.


However, FDA reviewers questioned the clinical meaningfulness of the reduction in opioid use seen in the two Exparel pivotal trials that met their primary endpoints. These studies showed reductions in the mean morphine equivalent doses of 97 mg and 27 mg relative to placebo over the course of three days.

Alla Bazini, a medical officer in the Division of Anesthesia, Analgesia and Addiction Products, cited published literature suggesting that any amount of opioid in the first seven postoperative days may be associated with prolonged opioid use. "It can be concluded that none of the pivotal studies were able to demonstrate significantly meaningful opioid sparing since almost all subjects in all studies still required significant amounts of opioids in the first 72 hours," Bazini said.
What Is A Clinically Meaningful Effect?

FDA's questions to the committee focused on the adequacy of the efficacy and safety data but did specifically touch on the issue of opioid sparing. Nevertherless, DAAAP Director Sharon Hertz opened the door to such discussion.

"The use of local anesthetics as part of a multi-modal approach to postoperative pain management has become more and more popular, particularly as practitioners strive to reduce the use of opioid analgesics," Hertz said. "As you consider the efficacy data, we're also going to ask for your thoughts about what constitutes a clinically meaningful opioid-sparing effect across the data that we'll be presenting to you. We think it's important … for prescribers to have a full understanding of the effects of the new product and what the product is capable of doing."

Committee member Kevin Zacharoff, a clinical instructor in pain and medical ethics at the State University of New York–Stony Brook, turned the tables on Hertz by asking for FDA's definition of opioid sparing.

"Very often, I talk about it in terms of amount of medication used as opposed to clinical reduction in pain scores and things like that," Zacharoff said. "I would almost never expect the use of a local anesthetic to zero out the need for opioid supplementation, although I have seen it. But I don't consider that to be the definition of opioid sparing."

What constitutes opioid sparing is "a very big question that we're working on, and we're probably going to write guidance on that."FDA's Hertz

"Historically when sponsors have come in and sought an opioid-sparing claim, we asked for some sign that it's going to be clinically relevant," she said. "What is the purpose of the opioid sparing? Is it specifically intended to reduce … opioid-associated adverse events? If that's the case, then the study is powered for a particular adverse event," such as postoperative nausea and vomiting. "If we have a specific endpoint that the sponsor is interested in addressing, that becomes clear."

However, "when it's just a general sense of opioid sparing, then we go from the absolute" bar of no opioid use "to figuring out what is meaningful," she said.

While a 30 mg reduction in morphine use over over three days may provide a clinical benefit, such as making it easier for patients to get up and move around, "when it's just a difference, that's where we struggle because it's potentially true but irrelevant," Hertz said. "In a sense you can see differences that clearly raise a question about the value, like the difference of 10 mg per day when someone's taking 30 or 40 mg per day. But what if that was a difference of 20 mg per day? … Or 30 mg per day? These shades of gray have to be sorted out, and that's why we often try to focus on something a little bit more fixed."

FDA is "very interested" in how opioid-sparing approaches can impact the opioid crisis, Hertz said. "Some of the easiest things are to use non-opioid medications, period," such as in certain dental extraction procedures. "But in a complex setting like this, it's much more difficult. So we're working on that."

"I would like to hear from you all what you think clinically relevant differences would look like to help us interpret the data," she said. "While we have a sense of what it isn't, it's much harder to define what it is."

Several committee members weighed in both with regard to opioid-sparing data in general and the Exparel data in particular.

Padma Gulur, an anesthesiologist at Duke University, said that if opioid sparing is an important goal for a drug, "then it's even more important that the efficacy of this towards that outcome be shown, and not shown in a few doses that patients didn't need or time to the first dose, but truly to study it longer term and say does this come down."

Gulur was one of several panelists who cautioned against rushing to adopt formulations purported to reduce opioid use but lacking solid evidence of such benefit.

"Not too long ago opioids were considered the savior and we rushed to say that this should be approved, we need more formulations, longer acting," Gulur said. "Given that, rather than rush to decision on the replacement for these medications, it would be the appropriate standard to say this should be looked at."

"If what we're saying is that opiod sparing is important – and by that I would mean that people don't get addicted, don't have persistent use of opioids later on – then that needs to be demonstrated if that's the efficacy we're looking for."

Ohio State University biostatistician Abigail Shoben said her main concern was the potential marketing of formulations such as Exparel as opioid-sparing.

"You absolutely need the longitudinal data to show that they're off opioids sooner, there's less addiction, there's less long-term use, and that sort of thing," Shoben said. "I would be fine with that coming postapproval, I just want that to be sort of clear. You can't possibly approve this as sort of opiod-sparing and sell it as such just based on … differences that we've seen in clinical trials."

David Craig, a clinical pharmacy specialist at Moffitt Cancer Center, said opioid sparing is "not really a very valuable clinical outcome without any kind of context and tied to something else."

Reductions in opioid doses should be looked at in relation to pain intensity, functional outcomes and/or side effects, Craig suggested. "There has to be some kind of triangulation or relationship between that to provide context.

From Opioid Sparer To Opioid Purveyor?

"When you use Exparel, it ties my hands for using other local anesthetics for several days and turns me into … an opiate purveyor." - Panel member Terman

"Clearly if you're going to talk about opioid sparing, you're not going to want to compare that to the placebo," Terman said. "There you really do need an active comparator."

He cautioned that the pharmacokinetic profile of Pacira's long-acting bupivacaine could undercut any purported opioid-sparing benefits.  Terman noted that at his institution, local anesthetics are not to be given within 96 hours after Exparel administration.