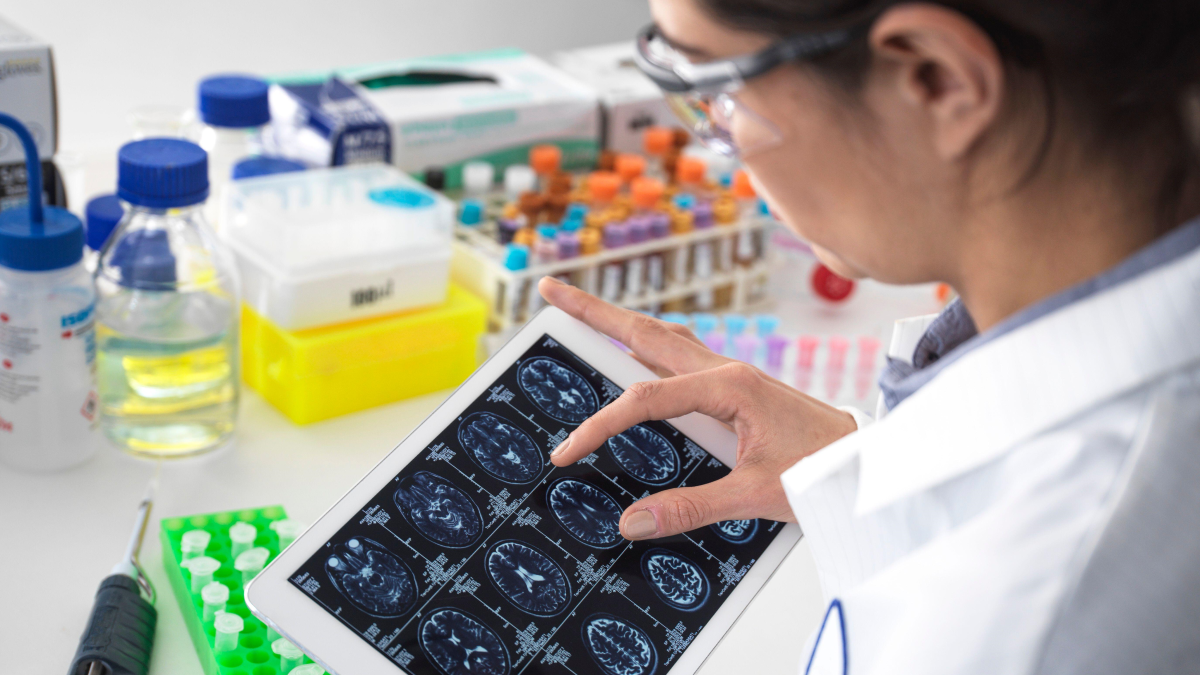 Those in support of the US FDA’s  approval this year of Biogen, Inc.’s Aduhelm (aducanumab) for the treatment of Alzheimer’s disease (AD) like to point out the parallels to the regulator’s approach in oncology, particularly in the first years of the 21st century. For example, Iressa (gefitinib), an epidermal growth factor receptor (EGFR) inhibitor, received accelerated approval in 2003 for advanced non-small cell lung cancer, despite overall response rates of around 10%, following chemotherapy.

The approval was controversial at the time, recalled Ji Li, president and chief strategy officer at AffaMed Therapeutics, a clinical stage biotech focused on neuroscience and ophthalmology during a recent Biofutures virtual event. “Back then, approval was not initially based on a biomarker, they didn’t select for EGFR receptor mutations,” said Li. Patient subgroups with much better response rates were only described later, after additional research, which helped to jumpstart the field of targeted oncology therapies. Taking that history into consideration made Li decide the FDA’s decision on Aduhelm was a good one.

Like cancer, getting old is the biggest risk factor for AD. It is a heterogenic disease, requiring strong biomarkers and patient segmentation for effective treatment. While PET scans for amyloid represented a crucial first step in creating precision therapies for AD, more biomarkers were needed, noted panelists at a 5 October Biofutures session, titled New Therapies for Brain Health. (Precision And Prevention Key To Future Of Alzheimers Treatment)

Because the pathology that leads to AD can begin some 10 to 20 years before symptoms emerge, patient phenotyping was important, noted Brent Vaughan, CEO Cognito Therapeutics, Inc., a clinical stage company developing digital therapeutics for neurodegenerative diseases. A smart phone app – when used regularly – could help create a longitudinal phenotypic record for patients that is more accurate than even the most detailed static image, he said. This is especially true in neurodegenerative disorders, where clinical results and outcomes are more subjective to measure, as compared with tumor shrinkage in cancer, or glycemic control in diabetes.

In addition to better phenotyping, it is also important to understand where an individual patient is in the disease progression. “When we look at [AD] in preclinical models, propagating transgenic animal models happens over a matter of weeks, and yet, we’re trying to treat a disease that evolves over decades,” said Vaughan.

That is a challenge in large, broad spectrum clinical trials – a single modality is unlikely to work for most patients, given the variability of the disease. “Companies that manufacture a potential drug get nervous when they get to the end of the study, because these aren’t landslide results … Each person’s disease progression is very individualized,” said Myla Maloney, chief commercial officer, Premier Applied Sciences, a division of Premier Inc.., a health care solutions company working with 4,400 hospitals and 200,000 other provider types.

Maloney said that Premier Applied Sciences had run pilots in its affiliated health systems that pool health data to create risk models, which can identify patients at risk of cognitive impairment or neurological disorders such as AD or dementia. “It’s a lot of work, it’s not easy, and it takes months and months,” she said. “To get us to a place that is scalable, we’re going to have to really increase investment in those tools.”

Genetic Risk Factor: Up to 60% of AD patients have at least one APOE4 gene, a leading AD risk factor

Physicians need better ways to intervene with patients and make more confident diagnoses. Research published by the Alzheimer’s Association in 2015 found less than half of patients with AD were informed of the diagnosis by their physicians. Physicians were more likely to inform patients or caregivers of a diagnosis during the later stages of the disease, but many were reticent to give a diagnosis at earlier stages. In addition to new tools and resources, physicians need additional training on what is available with respect to diagnostics, treatments and comprehensive support services for patients, such as social workers, long-term care and financial planning.

Diagnostics such as the amyloid PET scan are helping physicians improve patient conversations, and emerging diagnostics, such as blood tests for AD, could move the needle further. The first widely available blood test for the amyloid biomarker – C2N Diagnostics’ PrecivityAD test – launched in December 2020, and costs $1,250.

With 10,000 baby boomers turning 65 every day in the US, the market opportunity for AD and other neurodegenerative disorders represents a large and growing area. New approaches are emerging, with over 120 AD drugs in development, targeting multiple pathways, according to Howard Fillit, founding executive director and chief science officer, at the Alzheimer’s Drug Discovery Foundation (ADDF).

Fillit, who has worked in the AD space for over forty years, said he was more optimistic about emerging treatments now than ever before. Interestingly, both Fillit and Vaughan at Cognito spoke about the importance of pleiotropic drugs for the treatment of AD. Pleiotropic drugs, or drugs that produce multiple effects in the body – as opposed to a singular target and intended effect – are likely to be needed in the treatment of AD. Pleiotropy could be accomplished through single agents, or combinations of drugs.

Pleiotropic drugs will be useful in AD, said Fillit, because there are multiple mechanisms at work in the aging process. Antidepressants, for example, are pleiotropic drugs, and the uncertainties around how they work are acceptable, given their tolerability and effectiveness. In general, investors favor a narrow, well-defined target, so that progress in drug development, such as successful target engagement, is readily apparent, said Fillit. However, “multiple effects are a good thing [in AD], because there are so many mechanisms; just targeting inflammation, or anti-amyloid antibodies, are not going to be good enough.”

Vaughan said that gamma frequency oscillations activate the microglia – the chief immune defense of the central nervous system – which can “affect clearance of [amyloid] beta, clearance of hyperphosphorylated Tau, but at the same time, we start to see chemokine and cytokine changes showing that we’re increasing the anti-inflammatory effect.”

Fillit described progress against an AD risk factor gene – apolipoprotein e, or APOE – which occurs in three genotypes known as APOE2, APOE3 and APOE4. Roughly 70% of the general population has APOE3, and about 20% has an APOE4 – people with two APOE4 genes are approximately 15 times more likely to get AD, and they get it 10 years earlier than the average population, said Fillit. About 60% of people diagnosed with AD have one or two APOE4 genes, said Fillit. “This is a low-hanging fruit that we’ve known about for 25 years, but we haven’t been able to drug it,” he said.

Gene therapy is changing that. New York City-based Lexeo Therapeutics, a company supported by the ADDF, is developing a gene therapy comprised of an adenovirus carrying an APOE2 gene, which is thought to be protective, and to offset the effects of the APOE4 gene, said Fillit. Other AD targets and mechanisms supported by ADDF include p38 MAP kinase inhibitors, triggering receptor expressed on myeloid cells 2 (TREM2), the CD33 gene, and other targets on microglia, said Fillit.

Cognito’s digital therapeutics approach uses a proprietary, non-invasive brain stimulation technique. The company is based on the premise that “electricity is the fundamental currency of the brain … We look at abnormalities in the electrophysiology of the brain as druggable targets,” said Vaughan. The company uses electrical signals “to show that we can start to reprogram some of the brain activity, and start to change protein pathology.” In January, Cognito received an FDA Breakthrough Device Designation for its digital therapeutic, a non-invasive neurostimulation device that uses gamma frequency technology for the treatment of cognitive and functional symptoms associated with AD.

Using electroencephalography, Cognito can analyze the differences in electrophysiology between AD patients, and between AD patients and a normal aging cohort. From there, “we can go into the neuronal level of optogenetics and start flicking switches, cell by cell, to understand structure-function relationships in the brain, which we’ve never understood before,” said Vaughan.

Another digital therapeutics company, Neuroglee Therapeutics, aims to slow cognitive decline in AD by leveraging AI and digital biomarker algorithms. The company is developing prescription digital therapeutics personalized to individual users, using software to adjust mobile activities based on usage such as task or game completion, finger movement speed, and even facial expressions captured by a device camera. Eisai Co., Ltd. led an initial, $2.3m pre-seed funding round last December, and Neuroglee raised an additional $10m in a September Series A funding round, led by Openspace Ventures and EDBI.

The cost, complexity and risk involved in AD drug development is significant, but optimism was the overarching theme of the panel discussion. Ten years ago, National Health Institute (NIH) funding for AD came in at nearly $300m per year, compared with over $5bn in funding for cancer. Now, NIH funding for AD is over $3bn, said Phyllis Barkman-Ferrell, global head of external engagement for Alzheimer’s disease and neurodegeneration, at Eli Lilly and Company.

Barkman-Ferrell, moderator of the Biofuture panel, said that while Medicare beneficiaries have a legislative mandate guaranteeing an annual cognitive assessment, it only happens 4% of the time. “That’s not because of bad doctors … it’s because we haven’t put the plumbing together in a way that makes it easy and efficient,” she said. The FDA has also cleared at least three digital cognitive assessment tools, but “they don’t work right with the billing codes, or people haven’t figured out how to use them, or they require some technology or hardware needs,” which create barriers.

Individuals need to be proactive about their own brain health, beginning (at least) in middle age; technology will make it easier to do so, but there are also low-tech ways to help prevent, or delay, the onset of neurodegenerative disorders like AD. The Finnish Geriatric Intervention Study to Prevent Cognitive Impairment and Disability (FINGER) trial is the first randomized controlled trial to show that lifestyle interventions can successfully prevent cognitive decline. The FINGER trial launched in 2009 and remains ongoing, with expanded trial sites in many parts of the globe.

The keys to preventing cognitive decline through individual lifestyle management, per Barkman-Ferrell, are as follows: dieting (preferably the Mediterranean diet), regular exercise, cognitive stimulation, social stimulation, managing cardiovascular and diabetes risk factors, drinking alcohol in moderation or not at all, not smoking, and getting a full seven to eight hours of sleep per night.

The brain is the “last frontier” of the biopharmaceutical industry, and “the view is worth the climb,” said Li of AffaMed. He noted that developing innovative, disease-modifying pharmaceuticals can be harder than going to space. Now, however, civilians are flying into space. “The hope is there,” he said.