US FDA Approval Climate: What Do The Oral Testosterone Reviews Tell Us?

Second go-round for oral testosterone could have marked new boundary on how far FDA is willing to go in approving new entrants to a market with widespread historic off-label use and CV risks. 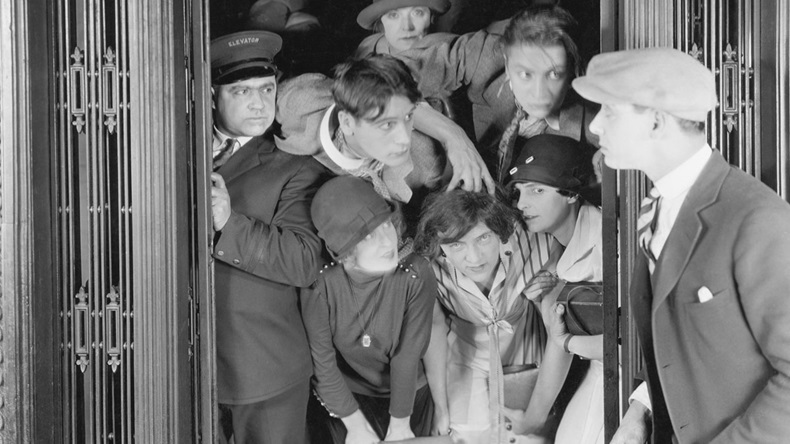 ARE APPROVAL PROSPECTS AT THE US FDA GOING UP OR DOWN?

Clarus Therapeutics Inc. was looking for the endorsement of a key member of the US FDA Bone, Reproductive, and Urologic Drugs Advisory Committee for its novel oral testosterone replacement therapy.

Michael Lincoff, a prominent cardiologist and former chair of FDA’s Cardiovascular and Renal Drugs Advisory Committee, weighed in on the approvability of the formulation, which could offer market-changing convenience were it to be approved.

“I focused on the cardiovascular risks, and clearly in the study that had the dose that was too high, it looked like the things of most concern to me, the hypertension and the HDL reduction were greater than with the topical compound. But I'm actually fairly comfortable that at the new dose in the new study, that it's comparable,” Lincoff said of his view of safety of the formulation.

It was more than three years ago that Clarus’ oral testosterone undecanoate therapy went before the committee as part of its first cycle review. The Clarus review followed a day-long joint review with the Drug Safety and Risk Management Advisory Committee of the potential cardiovascular risks of testosterone replacement therapies and how use had exploded to address “Low T” – an unapproved indication for the products that had long been on the market. (Also see "The Next Estrogen Or An Off-Label Star: Can FDA Turn Back The Clock On Testosterone?" - Pink Sheet, 22 Sep, 2014.)

The current approval environment could not be much better at FDA – and it was considered optimal in 2014 when the agency approved 41 NMEs.

Therefore, Lincoff’s vote and opinion would be an important marker of risk-taking given that he was one of the few cardiologists on the committee and serves as vice chairman of the Cleveland Clinic’s Department of Cardiovascular Medicine. Lincoff voted “yes.”

“There are drugs for which we have risk maps that we have ways of dealing with, making sure that things happen,” Lincoff said at the time. “And I think that the fact that this is easier for people to use and won't require as much physician interaction can be countered by rules regarding how many refills can be made, guidelines in terms of sampling of bloods and levels. I think that those issues are what's unique to this oral compound as compared to all the others.”

“All the other safety issues are not different. And I'm not sure that those issues should be enough to deprive the patients who need this therapy from this easier dosage form. So I think that the inconvenience associated with means to protect the proper dosing would be welcomed in exchange for an oral form of therapy,” Lincoff said in explaining his vote.

But that seems a lifetime ago. The current approval environment could not be much better at FDA – and it was considered optimal in 2014 when FDA approved 41 new molecular entities. The 46 new molecular entities approved in 2017 represent the high point of an upward trend over the last five or so years. One-third of those NMEs (15 drugs) were first-in-class and over 60% (28 approvals) were tagged as some type of expedited review, according to FDA's report on 2017 drug approvals. (Also see "CDER's 2017 New Drug Class Maintains Steady Innovative Composition With Recent Years" - Pink Sheet, 3 Jan, 2018.)

Clarus CEO Robert Dudley said he was 'completely against' inappropriate use – not the most reassuring response, particularly given that the original trade name for the product was Rextoro.

However, the second-cycle reviews of Clarus’ Jatenzo and the potential competitor Tlando from Lipocine Inc. (which hadn't gotten a previous panel meeting), provide a specific marker for the overall approval environment and FDA’s appetite for risk.

Of the 19 members of the committee for Clarus’ second go around, FDA brought back only six members from 2014. Lincoff’s expert opinion was considered so important that FDA granted him a waiver because Cleveland Clinic was working on studies with competitors in the field.

“It is particularly important to include someone with Dr. Lincoff’s experience in designing and interpreting large cardiovascular outcomes trials and his experience in ischemic cardiovascular disease, which is directly related to one of the major issues being discussed at the advisory committee meeting,” FDA Principal Deputy Commissioner Rachel Sherman wrote in granting the waiver. “In addition, Dr. Lincoff has participated in other FDA advisory committee meetings that involve complex cardiovascular issues demonstrating outstanding judgment.”

How would Lincoff – previously a “yes” – and the committee vote on the applications given that:

The committee recommended against approval for both products from Clarus (10-9) and Lipocine (13-6). In addition, with more information on potential cardiovascular risks at the population level, Lincoff switched from a “yes” in 2014 to a “no” in 2018.

Lincoff explained that doctors could handle their individual patients when it came to an oral therapy but if the more convenient formulation were to accelerate into a much larger population for which the product was not indicated, then it would be too late and the CV risks would be greatly amplified.

Clarus conducted a premarket trial (15012), which panelists agreed was well done by the sponsor, that featured ambulatory blood pressure monitoring with an active topical comparator. The trial found subjects on Clarus’ oral testosterone had significantly elevated blood pressure compared to the topical:

Lincoff cited the drug safety casualties of the past – weight loss and HDL-increasing therapies – and how elevated blood pressure was related to those cases in explaining his reversal.

“There are data that show that ambulatory blood pressure monitoring do have prognostic significance,” Lincoff said. “This is to me at least a startlingly high blood pressure difference for a pharmacologic reaction.”

“Sibutramine, which was removed as a weight loss drug, had a 1-3 mm increase in systolic blood pressure and the observation of increased cardiovascular outcome causation.” Lincoff said, referring to the Abbott Laboratories Inc.'s weight loss drug Meridia which was withdrawn from the US market.

Lincoff also called out Pfizer Inc.'s “torcetrapib, which was a CETP inhibitor and tested in large scale trial, was associated with a 1.5 risk/ratio increase in mortality and the trial was stopped early. The change in blood pressure was 4.6 mm. The point is that these are ranges of blood pressures that are important.”

The convenience of an oral product in this particular case combined with the blood pressure data in hand was the product’s undoing given the history of 'Low T.'

The convenience of an oral product in this particular case combined with the blood pressure data in hand was the product’s undoing given the history of “Low T.”

When Clarus CEO Robert Dudley, who MC’ed the sponsor presentations and took part in a substantial portion of the Q&A, was asked directly how the company was going to prevent widespread off-label use, he answered that he was “completely against” inappropriate use. Not the most reassuring response to the committee, particularly given that the original trade name for the product was Rextoro.

Lincoff and many committee members over the two days expressed their interest in seeing an oral formulation on the market for a small controlled population of men, especially a subset of males with Klinefelter’s syndrome. Like in 2014, Lincoff, pointed to restricted distribution plans or REMS. Many other panelists recommended that solution.

FDA 'Shies Away From Regulating Off-Label Use'

But FDA very clearly does not want to implement a REMS on an oral product. First, agency officials cited the “burden” on the health system. Second, there’s no indication a REMS with elements to assure safe use (ETASU) would work for an oral product. Third, FDA simply didn’t appear to have the appetite to pursue such a solution and noted the rarity in the present environment for anyproduct to carry a REMS.

Division of Bone, Reproductive, and Urologic Products Division Director Hylton Joffe said that “in general, FDA shies away from regulating off-label use.”

The Clarus vote was closer than in 2014: 10-9 now compared to 18-3 then. But the more negative vote on the second day for Lipocine’s Tlando also appeared to underscore that the vote on Clarus’ Jatenzo was likely more negative in hindsight than the split indicates. (Also see "Jatenzo v. Tlando: Similar Issues Did Not Lead To Similar Votes" - Pink Sheet, 16 Jan, 2018.)

The panel simply had another day to consider the existing data and the broader picture of the testosterone market given that the products and proposed doses are essentially the same.

It is possible that FDA will make a late attempt to save the Clarus application by working with the sponsor on some kind of REMS, but the odds of that outcome seemed very low judging from the comments of agency at the meeting. (Also see "Oral Testosterones Might Use REMS, CV Post-Market Study To Win Approval" - Pink Sheet, 16 Jan, 2018.)

FDA just isn’t ready for an oral testosterone, it seems, indicating there are limits to the agency's flexibility – at least when it comes to a product aimed for a large population that offers mostly a convenience enhancement but with a safety signal and high potential off-label use. Whatever else has changed, rolling the dice on a drug with that kind of profile seems to have remained a no-fly zone.

[Editor’s note: Thank you for reading this article. Please help us to better help you by taking ourPharma Feedback survey. Not only will your participation help steer our efforts to continually improve the content and delivery of our products – you’ll also have a chance to win one of four Amazon gift cards valued at $100 (US).]