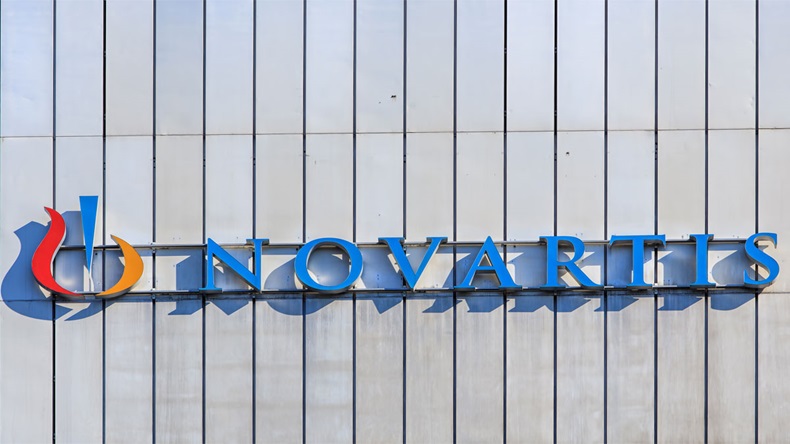 While the COVID-19 pandemic will undoubtedly hit some biopharma companies harder than others, Novartis AG wants to make sure that it emerges stronger from the global lockdown by using it to accelerate its business transformation.

The company’s chief digital officer Bertrand Bodson says the pandemics's enforced restrictions have made the company's employees more determined to push ahead with digital innovations across the business, from clinical trials to healthcare professional interactions with reps.

He told Scrip: “Many things that we had planned to take a couple of years to get into full motion have happened in two months. Everybody, including the regulators, have come together on this, and so we have been able to change gears strongly.”

On the commercial side, Novartis had 30,000 representatives worldwide who were usually on the road visiting healthcare professionals (HCPs), but have been confined to home for the last two months or more.

Bodson said Novartis looked at how it could adjust rapidly and meet the genuine needs of patients and HCPs. He points to a very rapid and positive approach taken by its local team in China as a great example where new digital models have been adopted at speed. Novartis has 3,000-4,000 reps in the country who have been unable to provide face-to-face updates and clinical information during the lockdown period.

Bodson said Novartis had been able to respond proactively to the lockdown because of the significant investment in many different digital initiatives it has put in place over the last two to three years.

These include a joint venture launched with China’s internet giant Tencent in November 2019, an online chronic disease management platform for heart patients. The service provides daily health indicator monitoring and assessment through voice and image recognition and interaction and is embedded within the country’s well-established WeChat social media platform.

During the lockdown period, this service saw visitors increase hugely to 1.2 million visitors, an  “intensity” of interest that Bodson said was unprecedented.

The company is also using WeChat to communicate with China’s HCPs, and took this channel one stage further by working with TenCent to introduce rep-triggered emails. From there it could engage via KOL-led webinars, using content tailored to specialists and sub-groups of interest.

This required a wholesale and rapid change in how this frontline team’s performance was assessed, and a more streamlined approach to getting educational and promotional content signed off internally.

“We changed literally in a week, and the team in China set about creating new KPIs (key performance indicators) for the [salesforce] team,” he says.

Novartis then built on the experience, putting together digital toolkits and expanding the approach to South Korea and Japan, countries which are also generally eager to embrace digital innovation in communication.

“We had many of the tools in place, but we needed to get consent to be able to reach doctors, and to do MLRs (medical/legal/regulatory) and approval of content in a much, much faster way,” Bodson added.

He said the company’s employees had been galvanized by the challenges of the pandemic, and by the belief that theirs is an important mission.

“Nobody asked for this crisis obviously, but we want to take all the positives that are coming from it and extrapolate them for better times ahead.

“My job now is to make sure that all this sticks…and to keep designing experiences for doctors or patients in partnership with regulators. It really makes sense on the back of having proven that we can do this [during a pandemic].”

Bodson said this kind of progress had been mirrored in other parts of the business, including clinical trials, although he admits that the latter cannot become fully ‘virtual’ in most cases.

Novartis has been able to accelerate its digital transformation via multiple tech partnerships across its business, including with Amazon, Microsoft and clinical trial specialists TrialSpark and Science 37.

In telemedicine, it teamed up with San Francisco-based Doximity, which has become one of the biggest online platforms in the US or doctors.

Amit Phull, medical director and head of strategy at Doximity, told Scrip the firm had  seen a significant spike in engagement on Doximity since the onset of the pandemic.

That includes Doximity Dialer, an app which allows physicians to connect with patients securely using their cell phones.

He added that the service’s newsfeed, which delivers custom-curated medical news and research based on each member's specialty and clinical interests, had also seen a 60% jump in engagement since the crisis began.

The company also launched a new telemedicine offering on 5 May, called Dialer Video. This enables doctors to video call their patients in a reliable and secure way, directly from their own smartphone, and Phull said over 100,000 HCPs are already regularly using the service.

Doximity is just one among several digital health platforms which have seen their use explode during the pandemic, other notable names including Teladoc and Livongo. Nevertheless, concerns about issues such as data and privacy, and the depth and quality of their service remain long-term questions.

This rapid acceleration towards digital communication raises the prospect of also fast-forwarding the existing trend of physicians being reluctant to have face-to-face meetings with industry reps.

However Bodson said that there would always be a place for reps, particularly in newly launched brands. He claimed the sales data from the industry frontline show that these newer brands have struggled during the lockdown period compared to better established rivals across therapy areas.

“I can see [in future] the rep being a very nice orchestrator, but hopefully giving more ammunition to the teams to be able to be more personalized [in their communication] for HCPs and patients.”