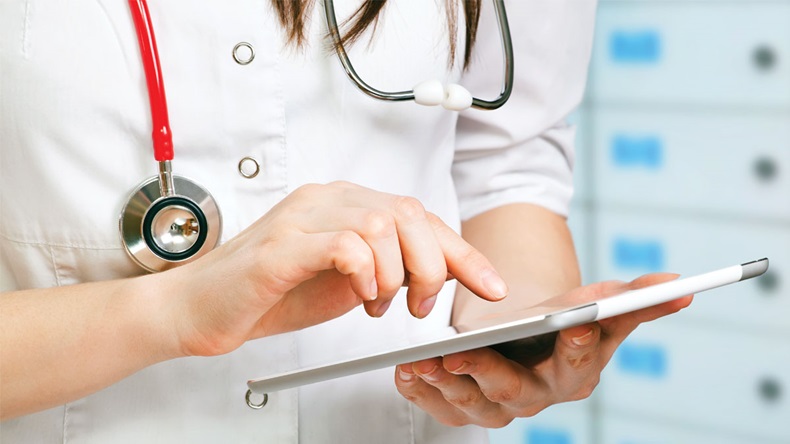 Target PharmaSolutions Inc. is conducting longitudinal, observational studies of patients in non-alcoholic steatohepatitis (NASH) and three other diseases with an ultimate goal of providing clients with real-world data solutions that may help drug makers design clinical studies and commercialization plans, and streamline their compliance with FDA post-marketing requirements.

The TARGET-NASH study began enrolling patients in August 2016 and now has more than 3,000 participants, starting with three years of retrospective data on their diagnosis and care.

"Effectively, industry partners join to get access not just to the data but to the solution we put around it." – Target PharmaSolutions CEO Meg Powell

TARGET-NASH's intent is to compile a natural history of NASH and record of treatment patterns, she said. Clients such as Novartis then get access to real-world data that includes a biorepository of patient samples and records of patient-reported outcomes to assist them in their work in NASH, she explained.

What TARGET-NASH is not, Powell added, is an effort to track data produced in the clinical trials of partner companies. The dataset, which should be up to between 4,000 and 5,000 NASH patients by the end of 2018, includes only patients not currently enrolled in clinical studies of investigational drugs for NASH, she noted.

Turning Data Into Insights And Actions

It's a unique business model, she asserted, and one for which she has yet to develop a simple, readily understood "elevator pitch."

"We call ourselves a real-world evidence solutions company," Powell said. "The core of that is the proprietary data … but we surround that data with expertise in the form of an academic steering committee and in the form of working together with the regulators, specifically the [US] FDA. We bring in patient advocates, we bring in payer advisors, we have academic epidemiologists and academic statisticians too, so we really try to understand how you turn these data into insights and actions for our industry partners."

"Effectively, industry partners join to get access not just to the data but to the solution we put around it," she added.

It's early days for this effort, but Powell noted that both Intercept and Bristol signed multi-year extensions of their participation in TARGET-NASH in 2017. Intercept and Bristol are among the roughly two dozen biopharma companies working to bring the first drug therapy for NASH to market. (Also see "Genfit May Be Gaining An Edge In NASH Race" - Scrip, 26 Oct, 2017.) Intercept was the first company to initiate a Phase III trial in NASH with Ocaliva (obeticholic acid) – there are now four Phase III candidates for the disease – and that drug previously was approved to treat PBC. (Also see "'Clean Label' For Intercept's Ocaliva In PBC Bodes Well For NASH Claim" - Pink Sheet, 6 Jun, 2016.)

Because TARGET-NASH is not a clinical study, it does not require participants be validated with a liver biopsy, the gold standard for diagnosing NASH. Instead, patients are accepted if they have been diagnosed by a physician – by whatever method – with NASH or are under treatment for the disease. Powell said roughly half the sample to date has had a confirmatory liver biopsy, but that is just retrospective data.

"There are a lot of patients out there and there are a lot of screen failures in the trials, because they are very restrictive," Powell added, "so what we're able to do is capture real-world data about the entire population, which is going to be so critical for these companies as they continue to focus not only on development programs but also as they think about commercialization."

Getting The Most Complete Picture Of Patient Population

Relying only on patients verified to have NASH by liver biopsy would not provide the most complete dataset of real-world patients, she said. "We think there is so much more NASH out there than we have any understanding of – what we're interested in understanding is the whole bell-shaped curve of the disease population and we think limiting it to only those patients with a liver biopsy would greatly disadvantage our main objective," Powell explained.

Target has not faced pushback so far from companies struggling to enroll NASH clinical trials because it does not compete with drug sponsors for trial participants, the exec said. "We are not trying to be competitive with clinical trials in any way, shape or form," she noted. Most pivotal trials require a biopsy for admission and often at the end to assess treatment benefit, but Target is agnostic to biopsy.

What Target will never do, Powell added, is hand over its raw data to partner companies. But those companies will able to access the TARGET-NASH data, which is constantly accumulating, for their own purposes, she said.

"The ultimate hope is that this is bringing efficiency to drug development, because we're doing work that otherwise these companies would have to go do on their own in the form of a post-marketing commitment," Powell said. "What we've done through our platform is bring everyone together – academics, industry, FDA, patient advocacy groups, payers – around one common set of data to advance the field and bring an efficiency to that duplication of work."

Real world evidence is expected to grow in importance regarding decisions on what drugs get used and paid, in what treatment settings, but there is no clear consensus on what metrics truly matter. A recent example of one that may prove useful, however, was GlaxoSmithKline PLC’s Salford Lung Study, which compiled real-world effectiveness data to demonstrate that the pharma’s once-daily inhaler combination product Relvar Ellipta (fluticasone furoate/vilanterol, branded as Breo Elliptain the US) provided a benefit on asthma symptoms compared to standard care. (Also see "Efficacy Studies Not Enough? Consider GSK's Salford Lung Study As New Model" - Pink Sheet, 13 Sep, 2017.)

A collaboration between GSK, its Relvar Ellipta partner Innoviva Inc. and the asthma treatment community in northwest England, the study focused on patient-relevant outcomes in a real-world treatment setting for both asthma and chronic obstructive pulmonary disease. The asthma patients, randomized either to Relvar Ellipta or standard care, were followed for 52 weeks after entering the study, with telephone interviews at 12, 24 and 40 weeks about adverse reactions and were given the Standardized Asthma Quality of Life Questionnaire (AQLQ9S) at the 24- and 52-week marks. The study found that significantly more patients treated with Relvar Ellipta achieved control of their asthma compared to the control group.

The true impact of the data remains to be seen, but it was a landmark effort at collecting real-world evidence, and has spurred similar research