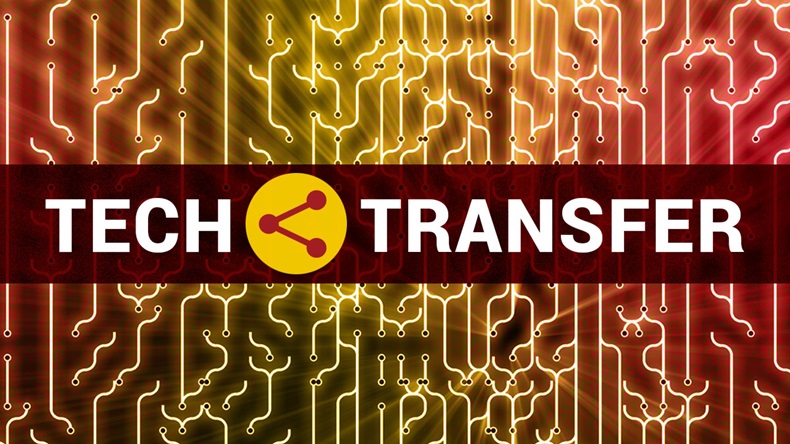 Below is Scrip’s monthly roundup, including information from Strategic Transactions, of recent technology transfer agreements between companies and academic or other research institutions.

Arrakis Therapeutics Inc. obtained an exclusive license to University of Pennsylvania research that could advance the biotech's efforts to develop small molecule therapies that target RNA. No financial terms were disclosed for the deal, which was announced Dec. 13.

Arrakis Chairman and CEO Michael Gilman explained that his company hopes to create drugs – applicable across a broad and possibly limitless range of therapeutic areas – that would offer benefits similar to those provided by RNA-interference and antisense products, but with the simplicity and safety of orally available drugs.

Small molecule drugs that target RNA aren't actually new, the exec told Scrip. A number of old-school antibiotics essentially work by targeting the processes of ribosomal RNA, but Arrakis differs in that it is intentionally seeking to discover and develop candidates that work by interfering with the function of messenger RNA. In addition to antibiotics, Biogen Inc.'s Spinraza (nusinersen) and Novartis AG's Phase II branapalam (LMI070) – both treatments for spinal muscular atrophy – employ this RNA-interference process, he noted.

"Actually, there is a lot of excitement in this field now," Gilman said, conceding that Arrakis is not the only biotech pursuing this drug class. "There are a couple of other start-ups that are getting under way in this space, and some of the pharma companies have dabbled in this over the years."

"All of these molecules [the antibiotics, Spinraza and branapalam] were identified through functional screens," he added. "Only later did people figure out that they actually bind to RNA, so what we're trying to do that is different is be intentional about looking for drugs that bind to RNA."

Research at Penn by associate chemistry professor David Chenoweth identified a family of small molecule candidates that directly target RNA. The Penn-discovered compounds specifically address RNA by binding to specific nucleic acid structures called three-way junctions, but Gilman said that is only one of several types of folding structures his company is investigating as potential drug therapies. Since three-way junctions are "ubiquitous," focusing on them will not require Arrakis to adjust its therapeutic focus on cancer, neurology and rare genetic diseases, but he would not offer specifics about what indications the company hopes to pursue.

Arrakis hopes that RNA-targeted small molecules will provide access to targets currently thought of as undruggable, Gilman explained. While most drugs available or in development today target proteins, he said, only a small fraction of identified proteins are amenable to small molecule binding due to having structures that include deep pockets and receptors ideal for targeting. Many oncogenes, transcription factors and scaffolding proteins, however, are not accessible through currently available drug development technologies, he noted.

"That makes them hard to target even if we understand their biology really well," Gilman said.

"One enormous opportunity is that if we can figure out a way to target structures in messenger RNAs that allow us to prevent them from being translated, then we have a completely different way to go after these undruggable proteins," he added. Oral RNA-targeting drugs, meanwhile, would offer several advantages compared to RNAi and antisense products beyond easier dosing, Gilman asserted. Other limitations of those two modalities are that they typically work only in the liver and don't distribute to other parts of the body. Therefore, they so far have not been useful in addressing central nervous system conditions, he said.

Gilman was circumspect about Arrakis' progress toward the clinic, saying that next steps are to incorporate the Penn compounds and IP into his firm's internal chemistry programs and proprietary libraries. Co-founded by Gilman and former Genzyme Corp. CEO Henri Termeer, Arrakis raised a $38m Series A financing in February that included participation by Celgene Corp.and Pfizer Inc.[See Deal]

Gilman launched another start-up this year; Obsidian Therapeutics Inc. was formed around a destabilizing domains technology out of Stanford University that can be applied to CAR-T, among other things, and raised $49.5m in a Series A round earlier this month. (Also see "Start-Up Obsidian Gets $49.5m To Determine How And When To Activate CAR-T Cells" - Scrip, 6 Dec, 2017.)

Excision plans to use the editors to identify therapies aimed at infectious diseases such as herpes simplex virus, hepatitis B and human T-cell lymphotropic virus Type-1. The company also gets the right to sublicense the IP. Excision is applying its ViraSuite CRISPR-based technology to viruses by targeting their genetic elements and permanently eliminating the viruses from the patient.

Sarepta Therapeutics Inc. is working with Duke University to develop a treatment for Duchenne muscular dystrophy and recently gained an option to exclusively license the university’s CRISPR/Cas9 gene-editing technology in this indication. DMD is a rare muscle-wasting disease caused by a mutation in the dystrophin gene (an essential protein involved in muscular function).

Sarepta will lead clinical development in the collaboration, which will apply a genome-and epigenome-editing method pioneered in the lab of Duke researcher Charles Gersbach. His CRISPR/Cas9 technology has demonstrated in mouse models an ability to restore functional dystrophin expression by excising certain exons from the dystrophin gene.

Sarepta is pursuing multiple therapeutic approaches to DMD. Last year, it gained FDA approval for its exon-skipping Exondys 51 (eteplirsen) and has several other exon-skipping pipeline candidates in development. (Also see "Duchenne Surprise: Sarepta Prices Exondys 51 Below Expectations" - Scrip, 19 Sep, 2016.) Earlier this year, it licensed a Galgt2 gene therapy technology from Nationwide Children's Hospital and under a separate agreement holds an exclusive option to the institution's microdystrophin gene therapy program. [See Deal][Editor's note: This article has been corrected to clarify that Sarepta has two separate deals with Nationwide Children's Hospital.]

Evelo Biosciences Inc. and Mayo Clinic are collaborating again, this time to develop an orally delivered monoclonal microbial treatment for neuroinflammatory and demyelinating diseases. Under an agreement announced Nov. 27, Evelo gains exclusive worldwide development and commercialization rights to the technology and related IP, which relates to human gut-derived microbes that combat numerous autoimmune diseases, discovered by Mayo's Joseph Murray and Veena Taneja. Mayo will get an undisclosed financial interest in Evelo.

The deal combines Mayo's platform with Evelo's existing technologies that harness the potential of certain strains of microbes occurring naturally in the body (after interacting with cells in the gut) to regulate immune and biological responses. The partners hope to advance a candidate into the clinic by next year.

Oxford University Innovation Ltd. licensed Nightstar Therapeutics Ltd. exclusive worldwide rights Nov. 8 to a preclinical gene therapy for treating Stargardt disease. The licensed program was developed by the University of Oxford. In proof-of-concept studies in the Abca4-/- mouse model, the candidate demonstrated expression, localization and function of the ABCA4 protein. In preclinical studies Nightstar is currently working on a compound for best vitelliform macular dystrophy.

Stargardt disease is a type of juvenile macular dystrophy that is caused by mutations in the ABCA4 gene, which are inherited from both parents. Vision loss results from the degeneration of photoreceptor cells in macula. There are currently no available treatments for Stargardt disease.

The technology involves increasing levels of the secreted alpha Klotho (s-KL) gene – a large protein produced in the kidney and brain that acts as a circulating growth factor protecting neurons from amyloid and glutamate toxicity – using adeno-associated virus vectors as a delivery mechanism. Because it can be measured in the blood, cerebrospinal fluid and urine, efficacy of Klotho is easily tested in clinical studies.

Kogenix was co-founded in 2016 by UAB scientists, including Miguel Chillon and Assumpcio Bosch. Their initial research findings (the subject of the IP) demonstrated that the Klotho protein regulates processes associated with aging, increasing life expectancy when overexpressed and resulting in memory deficits when inhibited. A joint research program between UAB and the Vall d'Hebron Research Institute has shown in vivo that a single dose of s-KL injected into the central nervous system protects against the cognitive deficits and memory decline associated with aging in older animals when they were treated at a younger age.

Kogenix's preclinical gene therapy for Alzheimer's acts as a neuroprotectant (preventing or slowing down neurodegeneration) as opposed to the removal of amyloid plaques or small-molecule gene modification seen in other Alzheimer's approaches. Because multiple sclerosis mouse models also exhibit Klotho deficiencies in their cerebrospinal fluid, the company is also applying this mechanism to MS and in this indication has a preclinical remyelination-inducing s-KL gene therapy.