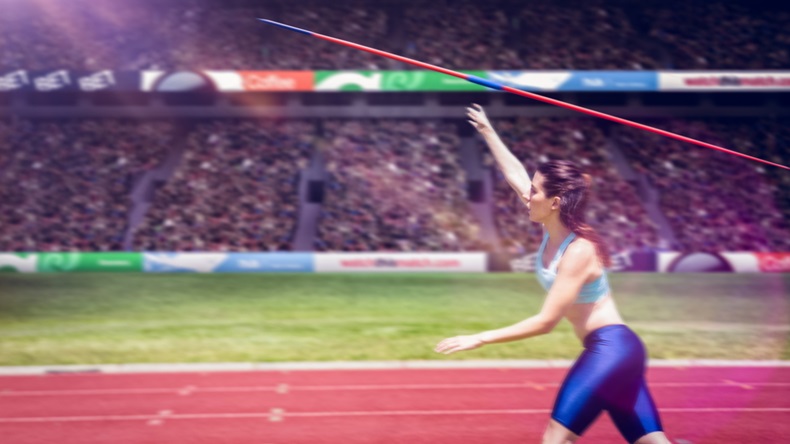 The likelihood of Pfizer Inc. becoming the leader for first-line treatment of advanced renal cancer has increased on the back of recent data read-outs that put the behemoth at the heart of the checkpoint/tyrosine kinase inhibitor (TKI) combos that look set to be practice-changing.

Median PFS was 13.8 versus 7.2 months in favor of the combo in patients with PD-L1+ tumors, but importantly median PFS in patients irrespective of PD-L1 expression was 13.8 versus 8.4 months. Noting that JAVELIN Renal 101 is the first positive Phase III trial combining a checkpoint inhibitor with a TKI compared to TKI alone in the first-line treatment of advanced RCC, lead investigator Robert Motzer, of the Memorial Sloan Kettering Cancer Center in New York City, told journalists at a press briefing at ESMO that the findings support the potential of the combo as a new treatment approach for patients with advanced RCC.

Motzer stressed that the benefit was shown in all subgroups (good, intermediate, and poor risk) and whether tumor cells were stained positive for PD-L1 or not. He does not believe it would be necessary to test for PD-L1 to choose patients to be on the combo - PD-L1-negatives made up 37% of the overall trial population - going on to stress that the clinical benefit seen "exceeds the effects of the respective drugs alone, without compromising toxicity."

Commenting on the results, Thomas Powles of the Barts Health NHS Trust in London described them as "eye-catching." He noted that "the response rates are twice as good as previous standards of care, and progression-free survival is entering into very impressive territory for a randomized trial."

No analysis of the co-primary endpoint of overall survival (OS) was presented at ESMO as the data are immature. Given this, Powles added that "there is uncertainty around whether this will translate into a similarly impressive" OS survival signal.

It all looks promising, however, and Chris Boshoff, head of immuno-oncology, translational and early development at Pfizer, toldScripin an interview at ESMO that JAVELIN Renal 101 fits well with the company's heritage in kidney cancer. With Sutent and Inlyta, plusTorisel(temsirolimus), Pfizer has had three drugs approved in the space in the last 10 years.

Boshoff spoke about the clear rationale that the firm had identified in combining an anti-angiogenesis agent, a class which has become fundamental to treating RCC, and immunotherapy, noting that kidney cancer is one of the malignancies that is very sensitive to checkpoint blockers, having shown single-agent response rates of around 20-30%.  However, JAVELIN Renal 101 has shown that the combo works better than each agent on its own and has a very acceptable side effect profile.

Merck & Co.’s IO powerhouse Keytruda has trumped Bavencio’s recent Inlyta combo PFS win in kidney cancer, with a OS and PFS combo hit of its own. But the field is getting increasingly crowded.

There will have been no little relief for Pfizer and Merck at the data presented at ESMO being so positive, especially as a couple of days before the Munich meeting kicked off,Merck & Co. Inc.stole a bit of their thunder and announced that its immunotherapy blockbuster Keytruda(pembrolizumab) in combination with Inlyta had hit both PFS and OS endpoints in the Phase III KEYNOTE-426 study in first-line advanced RCC patients.

When asked about the Merck news, Boshoff noted that it was no great surprise, as Pfizer obviously works with its US rival in providing Inlyta and the studies started at a similar time. He said it was difficult to compare the trials before full data are revealed from KEYNOTE-426 but two successful studies of Inlyta with two distinct immunotherapies reinforce the view that the TKI/checkpoint inhibitor combo is a "clinically meaningful game changer."

Having two high-profile positive trials that use Inlyta potentially puts Pfizer in an extremely strong position in terms of future marketing. Even though Keytruda/Inlyta may ultimately top Bavencio/Inlyta on clinical data, on the commercial front Pfizer's ownership of both parts of the latter combo will be key.

While Motzer and others believe the Bavencio/Inlyta combo a new first-line standard of care for advanced RCC, physicians and analysts are looking at how it matches up to Bristol-Myers Squibb Co.’s immunotherapy combo of its PD-1 inhibitor Opdivo(nivolumab) and CTLA-4 inhibitor Yervoy (ipilimumab).

BMS got the thumbs-up from the FDA in April for Opdivo/Yervoy as first-line treatment of advanced RCC in patients with intermediate or poor risk based on the CheckMate-214 head-to-head trial with Sutent. However, patients with a favorable prognosis in that trial gained no benefit with Opdivo/Yervoy compared to Sutent.

In an investor note after ESMO, Morgan Stanley's David Risinger wrote that Pfizer "arguably may have the edge over Bristol in first-line RCC," noting that the Bavencio/Inlyta PFS data in intermediate/poor risk patients was better than Opdivo/Yervoy. Stressing that toxicity profiles are difficult to compare cross-trial especially given different patient populations, the latter combo appears better based on grade 3–4 treatment-related adverse events but Bavencio/Inlyta had lower discontinuations.

Analysts at Credit Suisse also pointed out that "the PFS benefit is better than the first-line RCC data we saw at last year's ESMO from Opdivo/Yervoy, which has now become a standard of care." However they noted comments from a discussant at the Munich meeting when JAVELIN Renal 101 was being presented who said he was unlikely to use Bavencio/Inlyta in the intermediate/unfavorable patient population, instead of Opdivo/Yervoy, as the OS data is immature. However, he would use the former in favorable-risk patients where TKI are the standard of care.

The space is getting crowded and the increased competition is likely to damage Exelixis Inc.’s TKI kidney cancer therapy Cabometyx(cabozantinib), which is partnered withIpsen and is also approved for first-line RCC in all-comers. Ipsen started its own Phase III program, CheckMate9ER, for a Cabometyx/Opdivo combo more than a year ago in first-line RCC and results are expected in September 2019, although in an interview with Scriplast week, the French firm's CEO David Meek noted that "our window of opportunity in the second-line setting opens significantly because none of these IO trials are in the second line."  (Also see "Cash-Rich Ipsen Opens Up Checkbook For 2019" - Scrip, 25 Oct, 2018.)