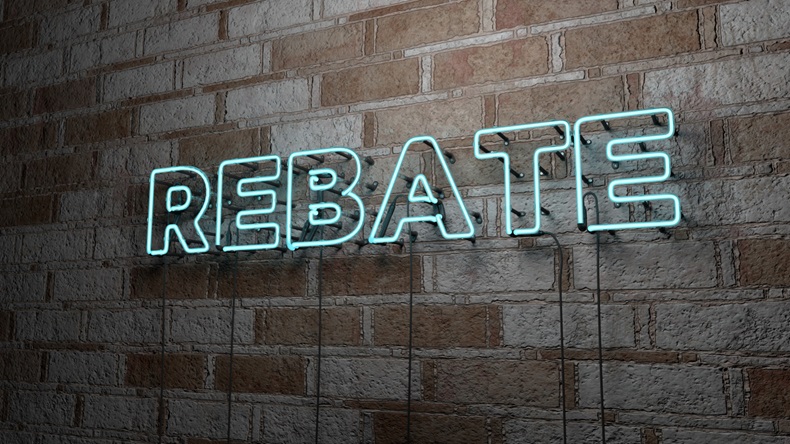 After both a phone call and a White House meeting with President Donald Trump, Pfizer Inc. CEO Ian Read was pushed during the firm’s second quarter earnings call for his thoughts on what could be on the horizon when it comes to drug pricing and rebate reform – and the CEO was notably optimistic about US policy changes that could impact the pharmaceutical industry.

Read said he expects drug rebates will be eliminated under public health insurance plans in a policy shift that will spill over to the private sector. At the same time, he said there will continue to be room for net drug prices to increase, commensurate with health care inflation.

"The removal of rebates will be very beneficial to patients and our industry, especially [for] those companies who are launching new products over the next five years or so," Read said during the company's second quarter sales and earnings call July 31.

"I see a huge sense of urgency on the part of the administration to act on the rebate part," Pfizer CEO Ian Read said.

The Marketing Power Of Rebates

His comments raise a point pharmaceutical manufacturers don't usually bring up when it comes to the debate around rebates, generally around how much money the pharmaceutical industry spends on the offsets and where and how the savings are applied. But rebates have also been a vital marketing tool industry has wielded to its advantage. As Read pointed out, big rebates for mature medicines can be used effectively to block market access for newer medicines.

In that sense, removing the rebate structure could level the playing ground for new medicines launching into a competitive category. That could present advantages for some and disadvantages for others, which probably explains why some pharma leaders have come out strongly in favor of sweeping rebate reform while others have sounded less persuaded.

Read pointed to Pfizer's rheumatoid arthritis drug Xeljanz (tofacitinib) as an example of a drug that would have benefited from launching into a system without rebates. Xeljanz initially had slow uptake but has steadily grown into a blockbuster. (Also see "Pfizer's Xeljanz: The Slow Road To Blockbuster Status" - Scrip, 4 May, 2017.) Part of the problem for Xeljanz, though not the only issue, was that the entrenched rival anti-TNFs delivered bigger rebates to payers, not because of the size of the rebate necessarily but because of the high volumes associated with older medicines. Sometimes drug manufacturers also tie rebates for one drug to other drugs, a tactic known as bundling, which can also be effective for securing market access.

The situation is not dissimilar to the one Pfizer has run up against with the launch of the biosimilar Inflectra (infliximab-dyyb), which has struggled to gain a foothold in the market, largely because of Johnson & Johnson's competitive rebating strategy with Remicade (infliximab). In the case of Inflectra, the situation has gotten more attention – and Pfizer has filed a lawsuit against J&J for it – because it affects the emerging market for biosimilars in the US, but the strategies are ones frequently used in the brand drug space.

Read said Pfizer realizes about 58% of the list price of the drugs it sells. "The rest goes to subsidize profitability of PBMs, insurance companies and frankly premiums of those that are healthy," Read said. "This is not a sustainable position."

From Public Shaming To Private Meeting

Investors and industry watchers have been eager to hear Read's thoughts on pharma policy after the chief executive had a face-to-face meeting with President Trump. The relationship started off cool, with Pfizer being the topic of an angry Tweet from Trump, after the company raised prices on dozens of drugs in July. (Also see "Trump Tries To Shame A Defiant Pfizer On Drug Pricing" - Scrip, 9 Jul, 2018.) But Trump then praised Pfizer, after the company vowed to walk back the price increases following a phone conversation. Pfizer agreed to return drug prices to their pre-July 1 level and also promised not to increase the prices of any drugs before the end of the year or until the president's drug pricing blueprint goes into effect. (Also see "Pfizer Agrees To Roll Back Prices On 40 Drugs, Yielding To Pressure From Trump" - Scrip, 10 Jul, 2018.)

Read later met with Trump at the White House. "My conversations with the president were centered around the blueprint and the actions he wants to take in those blueprints," he said.

Several other big pharma companies have followed Pfizer's lead, vowing not to increase drug prices for the remainder of the year – even though some had already taken more than one round of prices hikes so far this year. Trump's drug pricing blueprint includes a lot of ideas that could impact the drug industry, but most of those require substantial policy changes, and thus time, to put in place.

There's a lot of uncertainty over what changes, if any, will come first, but changes to the rebate structure appear likely. The HHS Office of Inspector General is preparing a proposed rule to eliminate negotiated drug rebates by removing the safe harbor from the anti-kickback statute that allows them.   (Also see "HHS Advancing Attack On Rebates With Proposal To Revoke Safe Harbor" - Pink Sheet, 24 Jul, 2018.)

Changes will initially occur under government healthcare programs but Read said those would spill over to the private sector.

"Initially, their reforms will be focused on the public sector, where they have the authority to take the rebates out of the safe harbor, but I believe that will extend to the commercial business very, very quickly, as I can't really see a bifurcated system where half the system is on net price and the other is on a rebate," he said. "The transparency won't allow that."

As for what new policies could mean for drug prices, Read said the company will focus on net price increases, rather than list price increases, and those should fluctuate around the same rate as health care inflation.

"I don't see any obstacle to us growing to middle- to high-single digits," he said.