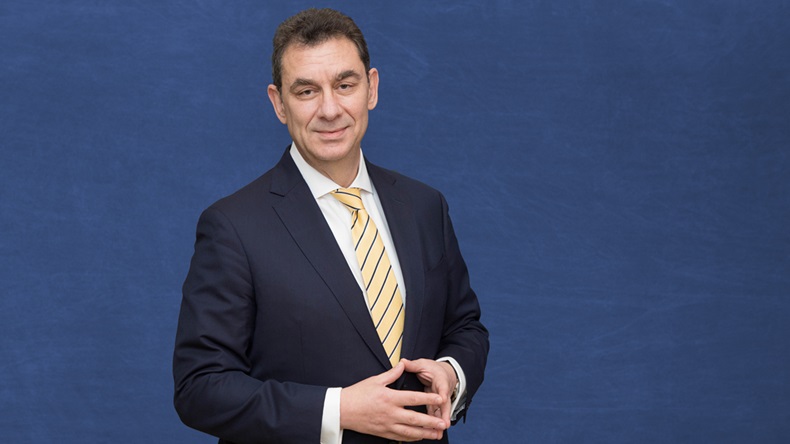 With the US presidential election nearing, Pfizer Inc. is making clear that its COVID-19 vaccine will not be submitted for emergency use authorization until later. CEO Albert Bourla issued his second public letter in recent weeks to address politicization around the development of the vaccine and acknowledged that the long discussed October timeline for an EUA submission was probably going to slip.

Bourla’s 1 October letter bemoaned an erosion of public trust caused by political bickering over the vaccine process, while the 16 October letter sought to clarify a timeline around clinical data and a potential US filing for emergency use.

The letter does not specifically mention the US election date of 3 November, but Bourla said filing of an emergency use authorization (EUA) request at the US Food and Drug Administration will not happen until Pfizer has efficacy, safety and manufacturing data in hand. While the pivotal study could yield interim efficacy data before the end of October, the exec said, safety data meeting the FDA’s requirements likely won’t be available until the third week of November.

Pfizer’s mRNA-based BNT162b2, developed in partnership with Germany’s BioNTech SE, generally is viewed as leading the pack of vaccines in development for SARS-CoV-2, with Moderna, Inc.in the hunt. (Also see "Pfizer Appears Slightly Ahead Of Moderna In COVID-19 Vaccine Race" - Pink Sheet, 17 Sep, 2020.) AstraZeneca PLC and Johnson & Johnson are also in Phase III but on clinical hold in the US.

Reiterating language from his 1 October letter, which followed the first debate in the US presidential election, Bourla said that Pfizer is “operating at the speed of science.” (Also see "‘I Was Disappointed,’ Pfizer CEO Bourla Says Of US Presidential Debate" - Pink Sheet, 1 Oct, 2020.)

In part, that means that Pfizer cannot dictate when the first efficacy readout will occur, although late October is the current estimate. The readout will be triggered by events occurring within the trial enrollment, with the study’s independent monitoring board determining when that threshold has been reached, Bourla noted.

“A key point that I’d like to make clear is that effectiveness would satisfy only one of the three requirements and, alone, would not be enough for us to apply for approval for public use,” Bourla stated.

“Safety is, and will remain, our number one priority,” Bourla wrote in the 16 October letter, “and we will continue monitoring and reporting safety data for all trial participants for two years.”

President Trump at times during his re-election campaign has indicated that a COVID-19 vaccine could be approved before the election, an assertion the Bourla and execs at other companies with investigational vaccines have tried to debunk, though Pfizer’s discussion of its October timeline seemed to keep the president’s hopes alive.

But the FDA has now rolled out of “EUA-plus” guidance that calls for at least two months of safety follow-up after a patient’s final dose, a move Trump called “a political hit job.” (Also see "Transparency, And A Mirror: US FDA Advice On COVID-19 Vaccine EUAs Finally Published – Twice" - Pink Sheet, 6 Oct, 2020.)

A pre-election vaccine might not have helped the president that much, polling suggests, but if the new guidance contributed to the slippage of Pfizer’s timeline, then the president’s anger may be understandable, if not justifiable.

As for what Pfizer has gotten out of its October projection and now its concession, that remains to seen, but Bourla’s frequent declarations that politics had nothing to do with the aggressive timeline the firm announced might have sounded to some like protesting too much. (Also see "Pfizer’s Bourla Says He Feels Pressure Related To The Coronavirus Vaccine, But It’s Not Political" - Pink Sheet, 6 Aug, 2020.)

Pfizer’s frequent public discussion of the political overtones of the COVID vaccine can also be thought of as a different phase of the company’s planned DTC campaign for its eventual product, and of the leading developers, Pfizer’s is best positioned to know what it takes to create a market for a vaccine product.

The potential market is indeed quite lucrative, and that alone might explain Pfizer pulling out all the stops to reassure the public. Bernstein analyst Ronnie Gal expects Pfizer to dominate the COVID-19 vaccine market in 2021, with estimated sales of $6.14bn.

But if Johnson & Johnson’s single-dose vaccine is available by mid-2021, Gal thinks that product will eventually gain the biggest market share with 25%, followed by GlaxoSmithKline plc/Sanofi’s vaccine taking 23% of the market and Pfizer holding on to 21%.

By 2025, the analyst predicts the GSK/Sanofi protein subunit and adjuvant vaccine will be the market leader, bringing in $2.35bn, followed by J&J at $1.71bn and Pfizer/BioNTech at $1.65bn.

AstraZeneca does not factor into these projections because it plans to offer its vaccine on virtually a nonprofit basis, charging between $2-$4 per dose.

At least one financial analyst sees Pfizer’s swift development efforts as indicative of a transformation of the company as a whole. In a 16 October note, Mizuho Securities analyst Vamil Divan said “overall, things appear very much on track and the speed in potentially getting the vaccine to market is much faster than we would have expected when the pandemic started.” He called Pfizer’s quick progress encouraging and indicative that the pharma “may be able to meet its stated objectives of being a faster moving, more nimble biopharmaceutical company, especially once the pending sale of their Upjohn division is completed.”

Divan currently projects that Pfizer and BioNTech will realize sales greater than $2bn from the BNT162b2 vaccine during 2020-2021, with sales then tapering off to about $550m-$600m annually in 2024 or later. However, commitments to provide the vaccine to governments around the world could greatly increase those proceeds, the analyst added. If the companies provided more than 450 million doses to various countries at prices not less than the $19.50 per dose agreed to with the US government, revenues from the vaccine could exceed $8.5bn by the end of 2021, he estimated.

The Longer The Trial, The Less Effective The Vaccine Might Be

To get that government money, however, Pfizer first has to deliver a useful vaccine, since the company has famously eschewed development contracts with the administration, saying it could work more swiftly without it. (Also see "Pfizer’s Go-It-Alone Approach Nets $1.95bn COVID Vaccine Order From US Government" - Pink Sheet, 22 Jul, 2020.)

Pfizer is now on pace to be proven right. Bourla said the trial’s current enrollment and dosing pace indicated that the required safety data could be derived from 50% of the trial subjects during the third week of November.

The FDA set an efficacy floor of 50% fewer infections among vaccine recipients than enrollees receiving placebo, but Pfizer and other vaccine sponsors are hoping to show 70% efficacy or better.

Pfizer’s Phase IIb/III COVE trial is slated to enroll up to 45,000 healthy volunteers and will report interim efficacy data when 32 enrollees have been diagnosed with COVID-19 infections; the trial is also designed for interim readouts at 62, 92 and 120 cases and to conclude when 164 cases are reported. (Also see "One Goal, Four Paths: Comparing COVID-19 Vaccine Pivotal Trial Protocols" - Pink Sheet, 29 Sep, 2020.)