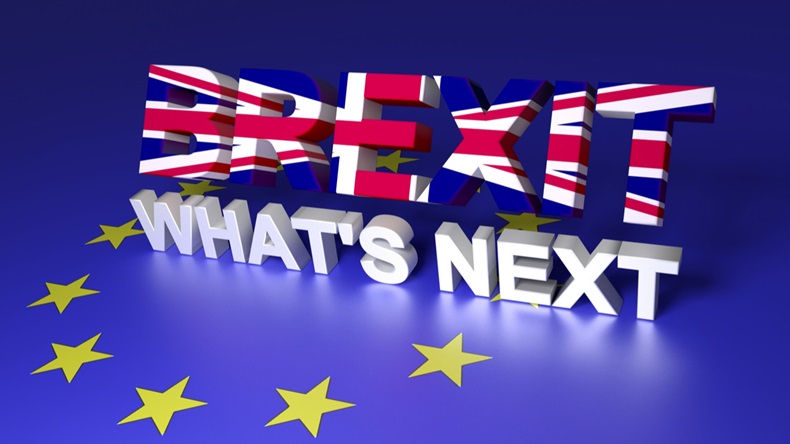 As the UK's proposed departure from the European Union draws closer, the pharmaceutical industry has again voiced its concerns about the protection of patients in terms of access to medicines and how Brexit will make the country an unattractive market for new drugs.

The arguments over Brexit and the snail-like progress that has been made so far regarding the regulation, trade and supply of medicines have been reignited by the publication on May 17 of a report published by the Business, Energy and Industrial Strategy (BEIS) Committee, called, ‘The Impact of Brexit on the Pharmaceutical Sector.' The report calls on the Government to secure a post-Brexit agreement as it conducts phase 2 of the negotiations as "leaving the EU without a deal for pharmaceuticals would risk a hugely damaging effect on the sector in the UK, as access to markets diminish, including £11.9bn of exports and more than 446m potential patients and consumers in the EU."

The BEIS report points out that, "The prospect of regulatory divergence from the European Medicines Agency is the deepest concern for the industry." It notes that "any divergence could lead the need for the duplication of facilities and roles across the UK and EU to enable access to products, costing companies tens of millions to establish and millions each year to run."

A number of the bigger players such as GlaxoSmithKline PLC and AstraZeneca PLC have already begun to implement contingency plans to ensure continued access to the market. However, the report notes that "much of the sector has not."

It states that a divergent regime could see extra costs of £45,000 for each new medicine released in the UK, making the country "an unattractive small market for specialised medicines, and risking the loss of access entirely to some products. Without a continued relationship, there is a significant risk of the UK being a second-tier state for new and innovative medicines." The £45,000 figure comes from a recent Confederation of British Industries report.  (Also see "‘Do Not Rely On The Brexit Transition Period!’ EC Warns Hesitant Pharma Firms" - Pink Sheet, 3 Apr, 2018.) (Also see "What Pharma Firms Should Be Doing Now To Prepare For A ‘No Deal’ Brexit" - Pink Sheet, 13 Mar, 2018.)

MPs on the committee concluded that "there are no benefits from regulatory divergence and no prospect of the industry being able to fully manage any divergence required in the time available for transition."

In response, the Association of the British Pharmaceutical Industry and the UK BioIndustry Association - whose chief executives Mike Thompson and Steve Bates provided evidence to the committee – issued a statement saying that "every month, 45 million packs of medicine move from the UK to the EU, with 37 million moving the other way. Today’s select committee report is right - a Brexit ‘no deal’ would significantly damage public health, patient access to medicines and the UK’s leading pharmaceutical sector. This must be avoided at all costs. Securing cooperation on the regulation, trade and supply of medicines must be a priority for both the UK Government and the EU."

Haseeb Ahmad, Novartis AG UK country president, toldScrip: "Brexit is costly for business but we are not letting that stop our operations. We are working hard to ensure patients are not impacted by a disruption of supply of their medicines, and can continue to be assured in the quality and safety of their medicines – this is our priority."

He added that Novartis had "already implemented steps, incurring costs, to be ready ahead of the UK leaving the EU next March, and we’re working to decide in the coming weeks which additional aspects of our contingency plans we will also need to implement." Following Brexit, Ahmad added, "We’d like to see continued cooperation between the UK and the EU on pharmaceutical regulation and this should include cooperative working between the MHRA and the EMA on medicines licensing and continued UK-EU mutual recognition of quality testing of medicines."

He acknowledged that any regulatory regime divergence could entail additional costs for manufacturers, "but more importantly, may mean new medicines’ licenses would be delayed in the UK due to the need for a separate UK regulatory submissions, which would likely be prioritised only after that for the much larger EU population." Ahmad added that "already patients in France or Germany are five times more likely to get access to a medicine within its first year of launch compared to UK patients, and that picture would potentially get worse. To ensure minimised disruption to patients, free and frictionless trade between the UK and EU for pharmaceutical and medical supplies is crucial."

The BEIS report also recommends that the UK and the EU pursue a deal that would enable a continued presence for EMA jobs and facilities in the country. The likelihood of this seems pretty remote, however, given European Council draft guidelines on the future relationship which say that the UK, as a third country outside the single market, will not be able to participate in any EU agencies after Brexit. (Also see "No EMA Membership For UK After Brexit, Says European Council " - Pink Sheet, 8 Mar, 2018.)

The BEIS committee went on to say, "We have sought out any potential benefits to the UK pharmaceutical sector from Brexit, but found that any small gains would be hugely outweighed by additional costs or the loss of access to existing, successful markets. The UK is already a significant part of a global industry and there is no evidence of new trade routes from which the UK could benefit."

Damningly, the MPs concluded by noting that while the sector has been "engaged and realistic since the decision to leave the EU was taken…we found no-one involved at a senior level in the sector who was prepared to make a positive case for Brexit for pharmaceuticals."

The report came out the day after the inaugural meeting of the UK Life Sciences Council, which brought together ministers and leading industry chiefs at 10 Downing Street, co-chaired by business secretary Greg Clark, health and social care secretary Jeremy Hunt and AstraZeneca CEO Pascal Soriot.

The council met as the fourth annual Life Science Competitiveness Indicators report was published which the government claimed shows that the UK continues to attract significant private equity investment, with over £660m invested in 67 UK projects in 2016. It added that the UK also accounts for 12% of total life sciences academic citations and 18% of the most-cited publications, the second highest share and "above China, Germany and Canada."

Soriot said in a statement that "with all the uncertainties of Brexit and patient access to medical innovations, the successful implementation of an ambitious industrial strategy is critical to ensure Britain remains a pioneer in life sciences and the sector continues to drive economic growth." He added that the Life Sciences Council "brings together expertise across UK life sciences to provide the strategic direction needed to thrive in the competitive global environment."

Phil Thomson, president of global affairs at GSK, added that "bringing government, the NHS and industry together through the council is an important step in ensuring the UK remains globally competitive in life sciences. We must all continue to work together through the Brexit negotiations to ensure the supply of medicines, regulatory alignment and the needs of patients remain priorities."

As well as Soriot and Thomson, industry representatives included Jean-Christophe Tellier and Haruo Naito, CEOs of  UCB Group and Eisai Co. Ltd. respectively, as well as Merck & Co. Inc. R&D chief Roger Perlmutter. Prime Minister Theresa May, who also attended, said that record turnover and foreign direct investment in the life sciences sector was "a vote of confidence in the UK."