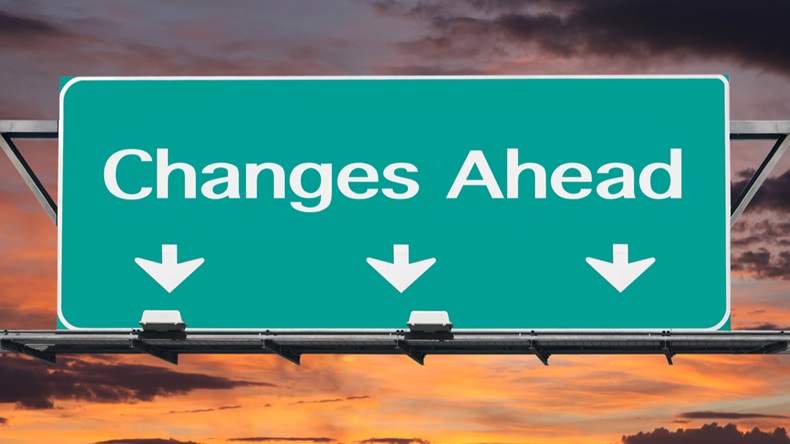 Shire To Feel The Squeeze
The rapid evolution of the hemophilia market will be a major focus during Shire's annual results call Feb. 14. The launch of Roche's Hemlibra (emicizumab), pipeline advances with Alnylam Pharmaceuticals Inc.'s RNAi therapeutic fitusiran, gene therapies from Spark Therapeutics Inc. and BioMarin Pharmaceutical Inc. and Sanofi's announced acquisition of the former Biogen Inc. hemophilia business Bioverativ Inc. all add to the pressure on Shire, which acquired Baxalta Inc. for $32bn in 2016 to become the market leader in the space. The ongoing dispute between Shire and Roche’s Genentech Inc. could also be questioned: Shire is seeking a court order to enjoin sales of Hemlibra on the grounds that it infringes one of its own patents. (Also see "Hemophilia Community Not 'Choosing A Side' In Hemlibra Litigation" - Pink Sheet, 1 Feb, 2018.)

Analysts at BTIG predicted in a Jan. 22 note that Shire's hemophilia products, led by Advate (recombinant factor VIII) and Adynovate (extended half-life factor VIII), will total just under $3bn in 2017, or around a fifth of the group's overall sales. The BTIG analysts' view is that "a rapid conversion away from clotting factors [like Advate and Adynovate] to newer treatments like Hemlibra is unlikely" – a view that chimes previous pronouncements by Shire CEO Flemming Ornskov. But it is not a view shared by all.

A recent survey of US hemophilia practices published by analysts at Bernstein on Jan. 22 suggests that uptake of Hemlibra and other new therapies will lead to a "material decline" in Shire's hemophilia franchise, "much sharper than currently predicted" with "several hundred million dollars of downside for Shire," according to the Bernstein analysts.

In contrast, BTIG believes Sanofi's purchase of Bioverativ and the French firm's confidence in the hemophilia market dynamics "suggests that fundamentals in the hemophilia segment remain strong." Société Générale analysts concurred in a Jan. 29 note: "Sanofi's comments on its accompanying conference call strongly suggest that it doesn't expect Roche's Hemlibra to disrupt either the $2bn inhibitor or the $6bn non-inhibitor [referring to patients who have developed inhibitors to clotting factor treatments]."

Still, Ornskov will be under pressure, and not just to provide justification for optimism around hemophilia.

The firm recently announced it would delay the conclusion of its strategic review of its neuroscience business until the second half of this year, which was not well received by the markets, particularly since it was accompanied by a downgrade in the company's total revenue guidance for 2020 to $17bn-18bn from $20bn.

The review of the neuroscience business – predominantly the ADHD products Vyvanse (lisdexamfetamine), Shire's top-selling drug at $2.0bn in 2016, which faces generic competition from 2023, and Adderall XR (amphetamine/dextroamphetamine) – was announced in August 2017 and scheduled for completion by the end of 2017. Ornskov will no doubt be questioned further on management's conclusion that "the neuroscience business warrants additional focus and investment" with "a strong business rationale" for creating two distinct divisions, rare diseases and neuroscience, which will report operational performance separately. The firm is now considering a separate listing for the two divisions among other options; in the meantime, it says it will "optimize the portfolio for each of the two divisions" in 2018, which could mean partnerships, licensing deals and/or bolt-on acquisitions.

Meanwhile, the performance of dry eye treatment Xiidra (lifitegrast) will be of interest, along with any guidance on future growth expectations as analysts are predicting it will reach blockbuster status within the next few years, following its US launch in 2016, although it is up against aggressive competition from Allergan PLC's market incumbent Restasis (cyclosporine ophthalmic emulsion), other pipeline hopefuls and the expected arrival of generic versions of Restasis in the US this year. (Also see "Allergan, Shire Battle In Dry Eye As Generics Advance" - Scrip, 15 Jan, 2018.)

The jewel in Shire's pipeline crown is SHP643 (lanadelumab), the prophylactic subcutaneous injection for hereditary angioedema (HAE) that reported positive Phase III data in May 2017. Shire currently serves the HAE prophylaxis market with the less conveniently intravenously administered Cinryze (C1 esterase inhibitor [human]; 2016 sales $680m) and it also sells Firazyr (icatibant) to treat acute attacks (2016 sales $579m). The Société Générale analysts predict lanadelumab will launch this year in the US to reach 2018 sales of $78m, rising to $1.2bn by 2021. Updates on launch plans for the product in the US and elsewhere will be especially coveted as much is riding on this drug to replace sales that may decline in hemophilia and other franchises. The thorn in Shire's HAE side is Haegarda (C1 esterase inhibitor [human]), another subcutaneous prophylaxis that CSL Behring launched in mid-2017 despite Shire's attempts to block it on patent infringement grounds. With Shire's product offering dosing once or twice a month versus Haegarda's twice-weekly regimen, lanadelumab is expected to dominate the market in the long run, though. Nevertheless, others are working on further therapy improvements, including soon to merge BioCryst Pharmaceuticals Inc./Idera Pharmaceuticals Inc., with an oral product shortly to enter Phase III. (Also see "Better Together: BioCryst, Idera Merge To Improve Rare Disease Position" - Scrip, 22 Jan, 2018.)

Having grown significantly through acquisition under Ornskov's leadership over the past five years, Shire is now highly leveraged. While an M&A boom is expected in the pharma sector as a whole, the challenge for this company is to execute on past acquisitions and pay down existing debt. At the same time, it faces increasing competition in the rare disease space as smaller companies mature and larger groups expand their positions or build new ones. Incoming head of R&D Andreas Busch (formerly drug discovery chief at Bayer) and new CFO Thomas Dittrich will have their work cut out.

Xarelto, Hemophilia Strategy Center Stage For Bayer
During Bayer AG's full-year earnings presentation on Feb. 28, analysts and investors will be looking for 2018 outlook comments around the performance of its primary pharma growth driver Xarelto (rivaroxaban).

Bayer will be seeking to buoy sales of Xarelto this year by expanding its label to include prevention of cardiovascular events in coronary or peripheral arterial disease patients. "This expansion will sustain modest growth for the franchise until generics hit the market, expected in the US during 2022," PharmaVitae company analyst Oliver Spray noted.

Xarelto, which is marketed by Johnson & Johnson in the US, is currently approved for venous thromboembolism and stroke prevention in atrial fibrillation. However, the drug has been filed with regulators in the US and Europe for coronary artery disease and peripheral arterial disease. A CHMP opinion on the EU submission is expected between April and September 2018; a US FDA review decision is expected in June. Phase III trials are also ongoing for Xarelto in anticoagulation and in congestive heart failure (CHF) and cardiomyopathies – with the COMMANDER-HF trial in CHF expected to complete in May this year.

Despite Xarelto events this year, investors have some concerns that Bayer's pharma pipeline lacks excitement, with few assets in the earlier or mid development stages to follow on from current big sellers like Eylea (aflibercept). "Our main concern is the lack of major pipeline assets. We like the recent Loxo Oncology Inc. deal; similar deals would ease concerns. However, the [pharma] division lacks catalysts in 2018," Bernstein analysts said in a Feb. 2 note.

Meanwhile, considering large-scale M&A activity in the hemophilia space by Sanofi in January, Bayer investors will be seeking insight into how the German drug maker can continue to compete here. Bayer currently markets Kogenate (octocog alfa) for the treatment of hemophilia A and the company has a follow-on product, BAY94-9027, a modified recombinant factor VIII, that is expected to win approval in the US in August this year.

However, Spray told Scrip that "BAY 94-9027’s late approval compared to market incumbents like Eloctate (efmoroctocog alfa) will hinder uptake, and will ensure the product does not achieve the market share of its predecessor Kogenate." Eloctate, which was approved for the treatment of hemophilia A in 2014, is one of the products Sanofi is acquiring with Bioverativ.

Merck KGaA To Give Bavencio And Mavenclad Updates
Followers of the fortunes of Merck KGaA will have to wait until March 8 for its fourth-quarter financials, when much of the focus will be on how the launches of its Pfizer Inc.-partnered checkpoint inhibitor Bavencio (avelumab) are going.

The Darmstadt-headquartered group has previously said it expects sales of around €20m for full-year 2017 for Bavencio, which is currently marketed for Merkel cell carcinoma and second-line advanced bladder cancer. However, there is more interest in the clinical program for other indications and combinations using the PD-L1 inhibitor, especially given a failed Phase III trial for third-line gastric cancer. (Also see "Pfizer/Merck KGAA's Bavencio Gastric Cancer Failure Not As Bad As It Seems" - Scrip, 28 Nov, 2017.)

At the full-year results meeting, management may give updates on the progress of a number of studies, including a combination of Bavencio and Pfizer's tyrosine kinase inhibitor Inlyta (axitinib) in first-line renal cell carcinoma and Bavencio combined with Pfizer's lorlatinib in ALK-positive NSCLC. There is also a lot of interest in the triple combo of Bavencio, the 4-1BB agonist utomilumab and PF-04518600, an OX40 agonist.

Merck is also likely to give an update on the launch in Europe of its multiple sclerosis pill Mavenclad (cladribine), which is projected to have 2017 sales in the high single-digit million euro range. The company, which has forecast annual peak sales in Europe of €500-700m by 2024/25, filed Mavenclad in the US in December. (Also see "Merck KGaA Rules Out Major M&A, Says MS Pill Mavenclad Will Be Major Earner" - Scrip, 28 Sep, 2017.)

Investors will be looking for news on the potential sale of Merck's consumer unit, too. The Swiss nutrition giant Nestle SA was thought to be the frontrunner to buy the division which some analysts believe could be worth in the region of €3.5bn, but has reportedly backed out. (Also see "Big Pharma Set To Compete For German Merck's Consumer Health Unit" - Scrip, 5 Sep, 2017.)

Analysts will also be interested in any more details Merck can provide on the collaborations it has entered into since the turn of the year. A multi-project pact to find treatments for solid tumors was struck with Cancer Research UK and The Institute of Cancer Research, London, while a collaboration was signed with Californian biotech Forty Seven Inc. combining the latter's Hu5F9-G4 with Bavencio in patients with ovarian cancer. (Also see "Forty Seven's IO Antibody Attracts Two Big Pharma Partners" - Scrip, 15 Jan, 2018.)