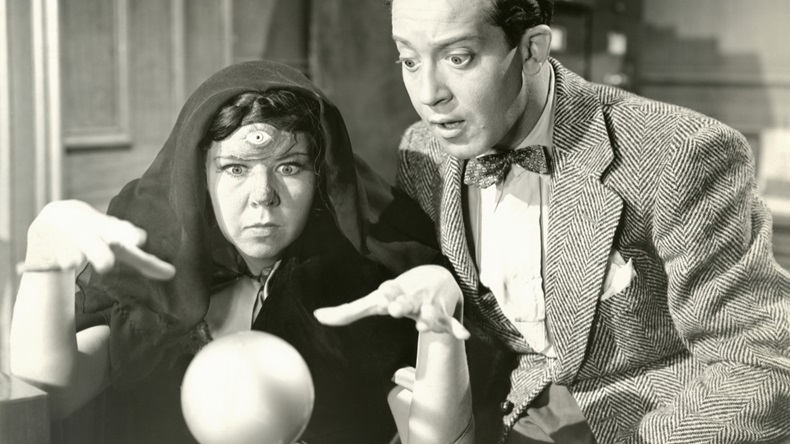 Merck of Germany's healthcare head Belén Garijo aims increasingly to use technology platform deals with outside partners to help boost early-stage drug development and improve the value of her company's products – and says all drug makers will need to do so as the drug discovery environment becomes increasingly competitive.

Some companies are already testing that approach. (Also see "Making It Digital: What Is Pharma Doing?" - Scrip, 2 Nov, 2016.). But Merck KGAA's healthcare CEO says much of the industry has been 'dragging its feet' and must move faster to embrace digitally-enhanced business models.

In an interview with Scrip, Garijo, a former physician, noted that her company last January set up a partnership with US-based data analytics company Palantir Technologies to develop and deliver medicines more rapidly and improve patient outcomes.

Under the pact, Merck is using the technology initially in cancer treatment and patient services, and plans later to deploy it across all three of the company's business sectors – healthcare, life science and performance materials. Financial details of the deal are confidential.

"Through this collaboration I am convinced we can produce some promising medicine," she said.

"[Palantir] don't have a clue about how Pharma R&D works, but we know what we need. Take oncology, for example. There you need to select the right patients for the right treatments. Through complex analytics using artificial intelligence and digital technology, which I would never be able to create internally at Merck, Palantir will be able to answer my questions, like identifying the patients who could potentially benefit from an agent, or service or treatment."

She said the Pharma sector needed to widely embrace technology and integrate it in its drug discovery activities. "We need to partner with technology companies to better understand what the opportunity is. The world is moving more quickly than we are."

"The train has left the station. The FDA has already announced that they are going to work with these people [digital technology innovators] – such as Google and others – so we, pharma, cannot be left behind."

Pharma has not been eager to change and transform. But evolution will be forced on it, she adds.

"We are at a point where those who believe we can continue to operate in silos in the old fashion business models will be left behind. We don't have all the answers and won't find them alone."

"That means doing pilots and experimenting, learning on a day-to-day basis to see what works, what doesn't and where we collectively can improve and deliver better treatments for patients. There is no alternative."

Garijo noted that one big hurdle to achieving that are the very different cultures in biopharma and the Silicon Valley-style high-tech groups, but she believes necessity will bridge that to ensure working collaborations.

"It needs to be made to work, because the train has left the station. The FDA has already announced that they are going to work with these people [digital technology innovators] – such as Google and others – so we, pharma, cannot be left behind."

Another inevitable trend, in her view, will be outcomes-based reimbursement deals.

She said future risk-mitigating deals with payors are likely to resemble the outcome-based payment arrangement Merck just agreed with NHS England for its multiple sclerosis treatment Mavenclad. "Such deals will become the norm over the next decade," she said, as pharma and payors adjust their business models amid increasingly expensive drug innovation and constrained public budgets.

Under that pact, announced earlier this month, MS patients in England and Wales will receive immediate access to Mavenclad (cladribine tablets) ahead of final guidance from the health technology assessment body NICE, which is expected in early 2018. (Also see "Merck KGaA Highlights Mavenclad Advances In Tough Quarter" - Scrip, 10 Nov, 2017.) Since April 2017, NHS England has been able to negotiate directly with companies offering innovative, high-value drugs to the NHS.

Its arrangement with Merck calls for Mavenclad to be administered for ten days per year over two years and under the terms, any patients needing additional therapy or different therapy in the third and/or fourth years due to relapse will have those medicines provided at no cost to the NHS England.

"Such relapse cases could see the provision of additional drugs, either manufactured by us or by another company – but we would not be charging the NHS for that provision, saving the NHS two years' cost," Garijo said on the sidelines of this year's FT Global Pharmaceutical and Biotechnology Conference in London.

Working with payors in a give-and-take manner "will give us a competitive advantage. And this is fully endorsed by our value-driven family-ownership."

"Look, the more successful a pharma company can be in generating innovation, the more active they can be in helping healthcare systems deal with affordability. And I prefer having a seat at the table rather than being the subject of unilateral pricing decisions, which is the situation now," she said.

But that evolution won't happen at the same pace or at the same time, because countries are very different.

She said drug makers and payors will need to interact earlier on market access and value determination in parallel with the regulatory process, to be better placed ahead of final pricing and medicine availability talks.

"We need to agree on what it means to be seeking value for patients in specific diseases. You cannot just make it up – one needs to measure the whole thing."

"So, if you say: 'Two years' therapy administration for four years of disease control’ – as Mavenclad has on its label – then the payors may come back to you and say, 'Okay, but if you don't fulfill this expectation, then you'll need to pay me back.' And this is very legitimate," Garijo said, describing the logic behind Merck's pact with NHS England.

She said outcomes-based arrangements that prioritize patients’ interests are consistent with her family-controlled company's key objectives.

The Merck family owns 70.3% of the company, the world's oldest operating chemical and pharmaceutical group and which next year celebrates 350 years since its founding. Some 30% of the company's stock is in public circulation.

"The Merck family are owners, not just shareholders and they want to pass this company on to the next generation in as healthy and sustainable condition as possible," Garijo said, adding that the situation forces Merck to deal with 'the best' of two worlds.

"What we at Merck have agreed with the NHS England reflects the values of this family-owned company. And we generate value for both our owners and for our shareholders."

She rejected the notion that working with payors in a give-and-take manner would hurt the group's profitability, or its ability to develop novel drugs.

"On the contrary, it will do just the opposite – it will give us a competitive advantage. And this is fully endorsed by our value-driven family-ownership," she said.