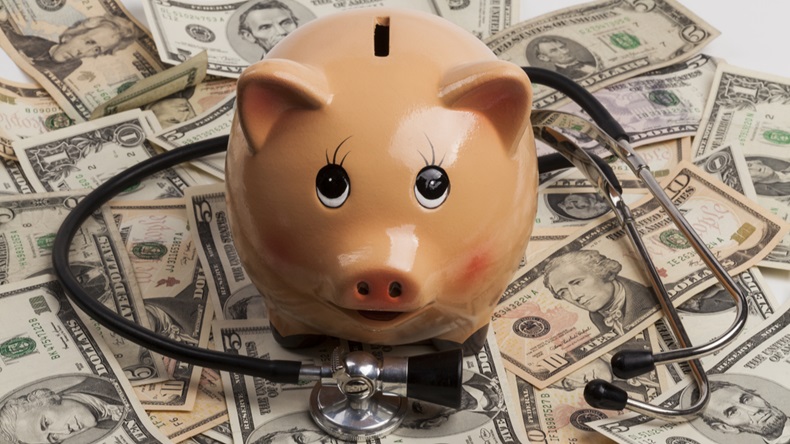 US Sens. Chuck Grassley and Ron Wyden want the Health and Human Services' Office of Inspector General (OIG) and the Centers for Medicare and Medicaid Services (CMS) to carefully scrutinize physician-owned distributorships’ (PODs) disclosures about financial arrangements to see if they trigger violations of the Anti-Kickback Statute.

A POD is an arrangement in which a physician purchases ownership shares in an entity that supplies medical products to the physician’s own practice, including implantable medical devices used in surgeries like joint replacements or spine surgeries.

POD relationships “are inherently suspect because they could encourage physicians to perform unnecessary surgeries or choose devices in which they have a financial interest to generate more profits,” Grassley, a Republican from Iowa who chairs the Senate Finance Committee, and Wyden, a Democrat from Oregon and a ranking member on the committee, said in a March 19 letter.

They noted that in 2011, several senators on the Finance Committee – Orrin Hatch, R-Utah, Max Baucus, D-Mont., Herb Kohl, D-Wis., and Bob Corker, R-Tenn. – became worried about the proliferation of PODs, “particularly those selling devices for spinal surgeries and their potential to run afoul of the Anti-Kickback Statute.” The statute was written to stop physicians and other health-care providers from providing bribes or incentives to other entities in the health-care industry to drive additional business to the providers’ own accounts.

POD arrangements can encourage physicians to perform unnecessary surgeries or select devices they have a financial interest in for greater profits, Sens. Grassley and Wyden say.

A May 2016 report released by the committee, back when it was chaired by Sen. Hatch, found that surgeons involved in PODs performed procedures involving implantable devices at a 44% higher rate than non-POD surgeons, and that many tried to avoid reporting profits from these procedures in CMS’ “Open Payment” database, as required by the Sunshine Act. (Also see "US Surgeons Dodge Disclosure, Kickback Rules Using PODs, Senators Say " - Medtech Insight, 12 May, 2016.)

“Unfortunately, when surgeons have a financial interest in medical device companies, the data in our report calls into question whether the best interest of the patient is considered when invasive surgeries are recommended,” Hatch, who retired his Senate seat in December 2018, said after release of the 2016 report.

In their letter, Grassley and Wyden point to a 2015 memorandum issued by OIG that described plans by the office to monitor the Sunshine Act database to make sure all POD relationships were being reported. The senators wanted to know if these plans had ever been carried out, and asked the office: “Has HHS OIG conducted a detailed review and audit of the Sunshine Act database to determine whether PODs are reporting physician ownership or investment interests? If so, please provide these [review results] to the committee.”

Other questions Grassley and Wyden asked OIG and CMS to answer by April 15:

Industry Has Sided With Senators On POD Problems

Following up on a 2013 OIG report about the proliferation of PODs, AdvaMed VP and Assistant General Counsel Matthew Wetzel said in November 2015: “The committee’s report reaffirms previous findings by the OIG that PODs raise serious conflicts-of-interest issues, and raise substantial fraud and abuse risk.”

Also speaking about PODs’ potential to raise conflicts of interest, Medical Device Manufacturers Association President and CEO Mark Leahey issued a “statement for the record” about PODs for a Dec. 1, 2015, hearing of the finance panel on the topic.

“To further enhance transparency, MDMA recommends that greater scrutiny is placed on PODs to ensure compliance with the Physician Payment Sunshine Act. It is clear that certain companies and physicians have abused their positions and compromised the trust with patients,” Leahey said.

“Every effort should be made to ensure nothing compromises the physician-patient relationship, including eliminating any financial incentives to utilize a particular brand or product,” Leahey also told the finance panel in connection with a Nov. 17, 2015, finance panel hearing on PODs. (Also see "POD Pressure: Senators Scrutinize Physician-Owned Distributorships At Hearing" - Medtech Insight, 18 Nov, 2015.)

Sens. Grassley and Wyden reminded HHS and CMS that while they “look forward to working with the administration” on the PODs issue, that physicians who are involved in POD arrangements but do not disclose them “face penalties for non-disclosure,” which are “implemented against bad actors who fail to report.”

The senators also reminded CMS that in August 2018, the agency sent out special advisories to physicians and PODs asking them to be sure to report their ownership and investment interest payments, so the committee expects HHS and CMS to be able to provide a “swift turnaround” on answers to their questions.