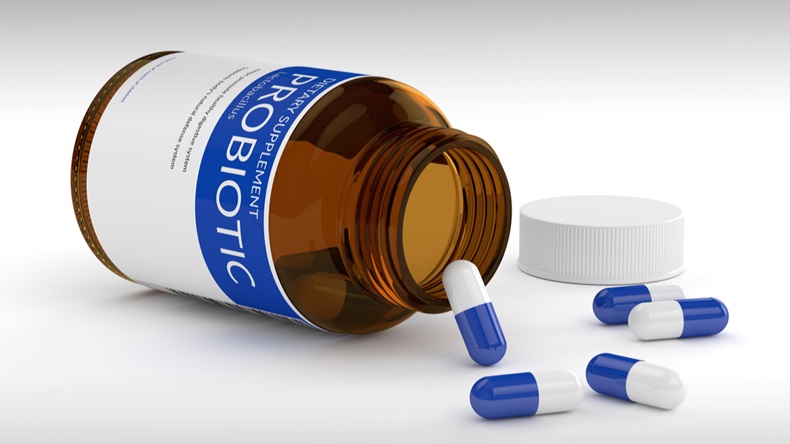 Assertions that no convincing evidence supports that probiotics available in the US treat symptoms of diarrhea, irritable bowel syndrome or allergies look at the category as a whole and not individual strains shown to help with specific conditions, say consumer health industry groups.

The global market for probiotics was valued at $48.4bn in 2018 and is estimated to reach $77bn by 2025, according to Grand View Research Inc.

The 13-minute segment which aired on 28 June opened with the show’s chief medical correspondent, Jon LaPook, discussing the gut microbiome and probiotics for health and featured insight from experts including Jeff Gordon of Washington University in St. Louis, known as the “father of the microbiome.” Also interviewed were Patricia Hibberd, an infectious disease specialist and professor at Boston University, and Frank Greer, professor emeritus of pediatrics at the University of Wisconsin and co-author of the American Academy of Pediatrics 2010 clinical report on probiotics.

Hibberd said not enough “high quality” research has been done to recommend off-the-shelf probiotics for conditions for which they’re commonly used. She said no “convincing evidence” shows probiotics work to reduce diarrhea or help symptoms of IBS or allergies.

“The whole idea that maybe throwing in good bacteria that we would take by mouth that hopefully would land in the right places in the GI tract and work with the immune system, we just don’t know how to do any of that,” Hibberd said.

The segment also included a discussion on probiotics’ efficacy in infant formula with Greer suggesting data on efficacy is lacking.

Greer said no long-term studies have looked at probiotics and infants no convincing evidence shows adding probiotics to formula is “good for the baby.” Asked why probiotics are used, Greer said “It’s easy to put in there, because it’s not very tightly regulated.”

Trade groups don’t agree with the conclusions stated by the researchers interviewed.

They noted the Food and Drug Administration’s Dietary Supplement Health and Education Act, which covers probiotics and includes regulations for labeling and for good manufacturing practices.

“One can discuss what long-term is but the IPA would [note] that there are several longitudinal studies that have followed children from birth to 11 years or more and cancer patients for more than 20 years, none of which have raised safety concerns over these extensive periods,” said IPA.

A CHPA representative also noted a meta-analysis published in the journal Medicine in 2016 found probiotics exert some beneficial effects in GI-related illnesses, including acute diarrhea.

The IPA pointed out another meta-analysis also published in Medicine in 2016 demonstrated probiotic use helped reduce food allergies and sensitivity in children by 22%.

The AGA’s recently released guidelines emphasize that the effects of probiotics are strain- and combination-specific, not species-specific. The professional group also recommended gastroenterologists suggest the use of probiotics to patients only if there is a clear benefit and sees the benefit of the products for specific conditions, including preterm infants and prevention of C. difficile infection, but does not recommend the products for other conditions including IBS. (Also see "Gastroenterologist Group Advises Against Probiotics For Most Digestive Conditions" - HBW Insight, 11 Jun, 2020.)

CRN comment on AGA’s guidelines with a same-day statement. The guidelines are directed toward doctors and not consumers and “in no way diminish the important role probiotic supplements play in maintaining digestive health,” said Andrew Wong, senior vice president, scientific and regulatory affairs.

The “60 Minutes” segment also featured  Eran Elanav of in the Department of Immunology at the Weizmann Institute in Israel where he led research with 25 subjects who used a probiotic or placebo and underwent multiple endoscopies and colonoscopies to examine how probiotics move through the body and colonize in the intestines. The research team used “a very large combination” of probiotics that sell at supermarkets, Elanav said.

“The results were actually very striking,” he said during the segment. “What we’re seeing is that half the people take the probiotic and the probiotics, as they go in, they just go out and they don’t populate the gut.”

Elinav said the results were “highly surprising,” as most researchers are under the assumption that probiotics settle at least temporarily in the gut “to do the good things that we expect them to do.”

CRN criticized the study for not measuring important clinical endpoints, like the prevention of diarrhea after taking antibiotics.

IPA says that while the study was “technologically advanced,” it included a small number of subjects and didn’t investigate clinical endpoints. “Just because the intervention did not recover the microbiota under the study conditions, does not mean that probiotics as a whole are ineffective,” the association said.