Progress Being Made With Cell And Gene Therapy Market Access, But Challenges Remain 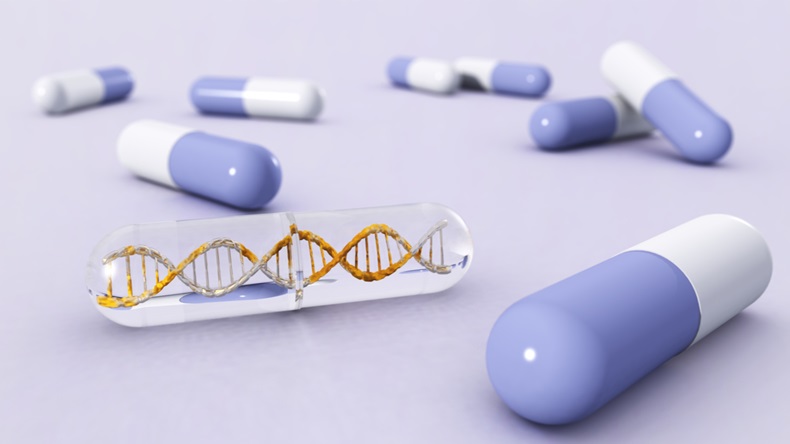 Engaging with payers early and often about potential payment models for cell and gene therapies has given drug developers reason to be optimistic about pricing and reimbursement, but they acknowledge many challenges are ongoing when it comes to covering the cost of high-cost, high-impact medicines.

Both manufacturers and payers noted the progress and remaining struggles during panel discussions and in interviews during the Cell and Gene Therapy Meeting on the Mesa, hosted by the Alliance for Regenerative Medicine (ARM) 2-4 October in Carlsbad, CA.

A concern at the prior year's meeting was the information gap that existed where payers didn't understand the value of novel therapies. Now, cell and gene therapy companies say they're able to align with payers on the quality of life and health care cost benefits their products provide, which lays the groundwork for pricing and reimbursement discussions.

Athersys Inc. chairman and CEO Gil Van Bokkelen said in an interview with Scrip that he's "very encouraged" by the engagement of third-party payers and policy makers with cell and gene therapy companies around pricing and reimbursement challenges.

Van Bokkelen, who is chairman of the board of governors for the National Center for Regenerative Medicine and a past ARM chairman, said payers have shown in agreements to reimburse the costs of recently approved therapies that they understand the cost and complexity of developing these products as well as the value they may bring, including the potential to save lives and cut long-term chronic health care costs.

"I think anyone who's looked at the economic equation for these types of therapies concludes that these therapies dramatically improve clinical outcomes and quality of life for these patients and they have a tangible benefit to the health care system as a whole," he said. "The challenging part has been the high front-end cost that creates at least an optical barrier to the easy integration of these types of therapies."

Van Bokkelen said he's encouraged by the fact that "people are not sitting around and waiting for somebody else to solve that problem." Instead, cell and gene therapy developers are able to negotiate with payers and collaboratively design outcomes-based agreements or installments plans to pay for their products, he noted. (Also see "Bluebird Pushes For Zynteglo Pricing Of Five €315K Annual Installments" - Scrip, 14 Jun, 2019.)

Covering Costs Without Breaking The Bank
Bernie Good, senior medical director in the Center For Value-Based Pharmacy Initiatives at UPMC Health Plan, said during a panel discussion about reimbursement models that the US health insurer puts cell and gene therapies into three categories as it grapples with how to pay for these treatments.

"One is the rare condition that's expensive, [where the therapy] offers great benefit to patients and it's not going to break the bank," like Zolgensma for SMA, Good said. "The flip side is drugs that aren't likely to save money, but will improve the quality of life of patients, and there we have Luxturna where patients have improved vision. At least from our standpoint of view, it is going to be costly technology, but again it's not going to break the bank."

The third category, he continued, is new treatments for diseases with somewhat larger populations, like hemophilia, where multiple gene therapies may hit the market within the next few years.

"[For] a health plan like UPMC, we have well over 100 patients [with] moderate or severe hemophilia and their factor requirements are quite high, so a lot of these, if not all of these patients, are candidates for gene therapies once they come," Good said. "We have 3.1m covered lives, but even in a small population if the technology is [priced] in the millions – and I can't imagine a gene therapy not being in the millions – it impacts the claims-driven model and that will have an impact."

He noted that outcomes-based agreements and options for making payments in installments are a good start to finding solutions for reimbursing the cost of cell and gene therapies, but he said the sheer volume of patients in diseases with larger populations will create a lot of additional challenges despite the longer-term value the treatments may bring. Even among ultra-rare diseases with few patients, the cumulative effect of many treatments being approved will strain payers' resources.

In hemophilia, Good noted that the Institute for Clinical and Economic Review (ICER) likely will determine that gene therapies do provide a lot of value for patients – particularly for hemophilia patients with inhibitors who require treatments that cost several hundreds of thousands of dollars per year. "But it's cost savings over time," he said. "Even though it's cost-effective, what do you do with the large number of patients who want access to that therapy?"

Given the portability of patients in the US, who often switch from one health plan to another every year or two, one problem that hasn't been worked out is which payers will receive the benefits of contracts based on outcomes assessed over multiple years. Another issue is whether the health plan that paid the first installment for a gene therapy will be on the hook for the next installment when a patient has moved on to another insurance company.

As for payment models like risk pools where payers can pool funds to cover the cost of cell and gene therapies, Express Scripts Inc. vice president of pharma strategy and account management Bill Martin said they are worth further exploration. However, risk pools as well as reinsurance – insurance to help health plans cover expenses for higher-than-expected costs – contribute to higher premiums for individuals covered by those health plans.

Former US Food and Drug Administration commissioner and current American Enterprise Institute fellow Scott Gottlieb recently suggested that risk pools should be developed to pay for one-time, curative gene therapies. However, he noted on 11 September during a meeting sponsored by the Duke Margolis Center for Health Policy that "it's going to require appropriations from Congress" to fund a risk pool on a national scale. (Also see "Curative Gene Therapy Coverage May Need Government-Funded Risk Pools" - Pink Sheet, 16 Sep, 2019.)

Gottlieb also noted that more work needs to be done to figure out how Medicaid can afford and more rapidly sign off on reimbursement for gene therapies, to eliminate the disparity between patients covered by private health plans and those covered by Medicaid. The latter group may not get access to treatment in a timely manner before severe disability associated with disease progression sets in.

Medicaid And Other Ongoing Challenges
Panelists and others at ARM's Meeting on the Mesa noted that Medicaid's "best price" requirements are an impediment to negotiating outcomes-based contracts for cell and gene therapies, but they didn't offer any solutions to the problem other than continuing to work on the issue with the Centers for Medicare and Medicaid Services (CMS).

Best price policy requires drug makers to sell their products to Medicaid at the lowest price negotiated with other payers or at a specific percentage discount to the list price. That means that greatly discounted prices under outcomes-based agreements – or even pricing below the lowest net price – would have to be offered to Medicaid for high-cost cell and gene therapies. Various proposals for redefining outcomes-based deals under Medicaid have been floated, but CMS guidance still hasn't been issued to eliminate roadblocks for novel payment schemes.

Cell and gene therapies also receive limited reimbursement from Medicare, especially when the treatments are administered in the hospital. In-patient administration of chimeric antigen receptor T-cell (CAR-T) therapies – T-cells genetically engineered to recognize a specific antigen so that they kill cancer cells – has been particularly difficult. (Also see "City Of Hope's Joseph Alvarnas On CAR-T Real-World Use, Reimbursement" - Scrip, 12 Dec, 2018.)

Medicare pays for CAR-T therapies administered as in-patient treatments via new technology add-on payments (NTAPs), but those payments are capped at 65% of the cost of the gene-edited cell therapy. Because cancer treatment centers buy CAR-T products and bill Medicare for these treatments, they are left to pay the remaining 35% of the therapy's cost. (Also see "Medicare New Technology Add-On Payment Awards For Hospital Drugs On The Rise" - Pink Sheet, 11 Aug, 2019.)

"It's a real problem," John Zaia, director of the Center for Gene Therapy at City of Hope, said during a panel discussion with clinicians who administer CAR-T therapies. "You're fronting 35% of the costs – this can be $130,000 or $150,000 or so – that the institution would lose just there."

Even so, Zaia cited a study by the University of Pennsylvania that seemed to justify the cost of these one-time treatments, which can add up to $1.5m per person, including hospital costs for managing the patient's underlying condition and the severe side effects of CAR-T therapy. He noted that about half of these patients achieve remission versus the standard of care in third- or fourth-line lymphoma where remission rates are 7% and treatment costs about $750,000 per year for multiple years.

Regardless of the long-term benefit, he said the gap between NTAP payments and CAR-T therapy costs needs to be closed, because "institutions can't continue to lose money," Zaia said. Eventually they'll stop providing these potentially curative treatments due to the cost burden, he said.