Master Protocols Are Both Welcome And Inevitable – US FDA's Woodcock

Center for Drug Evaluation and Research Director Janet Woodcock continues to promote innovation in clinical trial design with a review of master protocols in the New England Journal of Medicine. 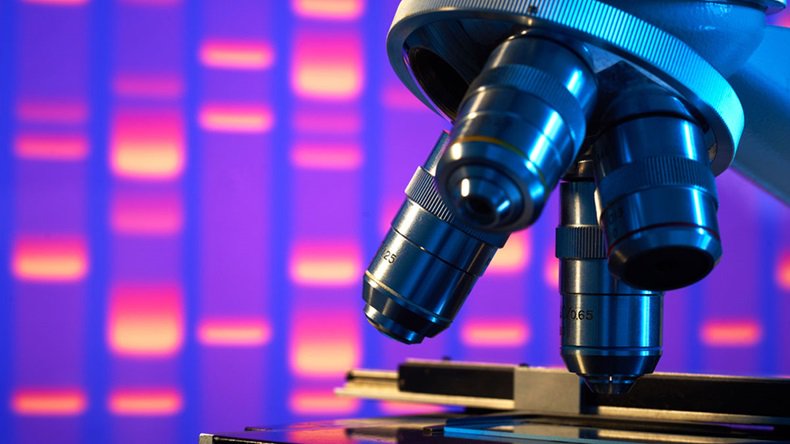 "As the targets for new drugs become more and more precise, there is no alternative but to move forward with these coordinated research efforts," Center for Drug Evaluation and Research Director Janet Woodcock and Office of Biostatistics Director Lisa LaVange conclude in the July 6 NEJM.

Woodcock and LaVange reflect on experience with the first generation of master protocols, especially the I-SPY 2 and Lung-MAP trials, to make the case that such studies can meet the fast-growing demands of precision medicine.

"The common denominator is a need to answer more questions, more efficiently and in less time," they said. Master protocols, which can encompass multiple substudies and adaptive statistics, are "a methodologic innovation responsive to this need." (See box.)

A master protocol is defined as "one overarching protocol designed to answer multiple questions" in the NEJM review article "Master Protocols to Study Multiple Therapies, Multiple Diseases, Or Both."

Under this broad definition, the authors identify three distinct forms of master protocol: umbrella, basket and platform trials. "All constitute a collection of trials or substudies that share key design components and operational aspects to achieve better coordination than can be achieved in single trials designed and conducted independently."

An umbrella trial aims "to study multiple targeted therapies in the context of a single disease," the article explains.

A basket trial is designed "to study a single targeted therapy in the context of multiple diseases or disease subtypes."

A platform trial is "to study multiple targeted therapies in the context of a single disease in a perpetual manner, with therapies allowed to enter or leave the platform on the basis of a decision algorithm."

"The flexibility to allow promising new therapies to enter and poor-performing therapies to discontinue usually requires some form of adaptive design," Woodcock and LaVange observe, "but the level of complexity of those adaptations can vary according to the objectives of the master protocol." Response-adaptive randomization, which assigns patients to more promising treatments as data accrue, is a common adaptive design element in master protocol trials.

A common protocol enables "a broader set of objectives to be met more effectively than would be possible in independent trials," the article states.

Woodcock and LaVange's review article is part of the New England Journal of Medicine's series "The Changing Face of Clinical Trials." The series, which reviews issues in clinical trial design and conduct, kicked off a year ago with Woodcock as lead editor. (Also see "A Cautious Guide To The Interpretation Of Clinical Trials From NEJM" - Pink Sheet, 3 Oct, 2016.)

The Importance Of Infrastructure

The extensive trial infrastructure and complex co-ordination required by master protocols is both a strength and weakness of the innovative methodology.

"Taken together, stakeholder coordination, infrastructure requirements, and complex trial-design elements can extend the start-up time for a master protocol considerably as compared with that for a single-purpose trial," the article states.

Nonetheless, "the infrastructure required for implementation increases data quality and trial efficiencies," the article states. "If designed correctly, master protocols can last many years, even decades, with innovations from the laboratory translating quickly to clinical evaluation."

Coordinated patient screening is "at the heart of a master protocol and represents one of its chief advantages – more efficient use of patients and resources," the articles notes. "Having a network of experienced clinical centers to serve as study sites for multiple trials under a master protocol makes sense as compared with establishing study centers one trial at a time."

A trial network also provides "infrastructure in place to streamline trial logistics, improve data quality, and facilitate data collection and sharing," the article adds. Another "major advantage" comes from centralized facilities and governance. "In addition to using fewer resources, centralized governance enables uniform decisions to be made about various aspects of all the trials being conducted under the protocol."

Master protocol trials can "share control patients among trials of the same biomarker or disease," Woodcock and LaVange point out.

"With multiple questions to address under a single protocol, usually in an area of unmet need, and an extensive infrastructure in place to handle data flow, master protocols are a natural environment for considering innovative trial designs," Woodcock and LaVange observe.

The broad master protocol concept can incorporate a range of design elements, including Bayesian adaptation algorithms and response-adaptive randomization, but the complexity of the statistics can vary depending on trial objectives. "Exploratory protocols such as I-SPY 2 may identify therapies for further study, whereas master protocols such as Lung-MAP may be evaluating therapies in parallel," they pointed out.

Both trials have had to change in response to changes in clinical practice. I-SPY 2 originally included pertuzumab as a test drug, but when it was approved as Genentech's Perjeta the I-SPY trial was altered, with pertuzumab replacing trastuzumab as the standard of care for HER2-positive breast cancer.

The approval of Bristol's Opdivo (nivolumab) changed the squamous NSCLC landscape for Lung-MAP. Opdivo demonstrated superiority to docetaxel, the chemotherapy Lung-MAP used as the standard of care for biomarker-matched substudies. Opdivo prompted redesign in Lung-MAP, the NEJM article reports. The substudies originally compared a targeted therapy with standard of care with progression-free survival or overall survival as the endpoint, but after approval of Opdivo they were redesigned as single-group studies with a primary endpoint of overall response rate. If a therapy meets success criteria, a Phase III trial will be planned with the then-prevalent standard of care for the control.

Cancer has been the subject of most master protocol trials to date, "owing the advances made in identifying tumor subtypes or mutations for targeting" in oncology. However, Woodcock and LaVange note, interest in outside of oncology is growing. The authors point to:

Master protocol trials have so far demonstrated the most utility in identifying promising agents for further (and more conventional) clinical study. But plans are being developed to extend master protocols into the Phase III setting, Woodcock and LaVange report.

"Discussion is under way for an I-SPY 3 master protocol that would be designed to provide evidence of effectiveness for agents successfully completing I-SPY 2," the article states.

The non-profit QuantumLeap Healthcare Collaborative, which oversees the I-SPY program, describes I-SPY 3 as a "standing trial consisting of a master protocol and IND with shared control arms aimed to reduce time and costs." A "novel IT infrastructure" is in development.

I-SPY 3 will include "targeted eligibility criteria for subtypes of breast cancer most likely to respond" with serial interim analysis supporting an adaptive design, QuantumLeap materials state.

Lung-MAP was designed as Phase II/III trial, but only the Phase II portion is active. The NEJM article reports that 40 patients have been enrolled out of a planned 100-170 in Phase II. Phase III plans call for 300 to 400 patients.