Under Sanpower, Can Provenge Finally Have A Happy Ending? 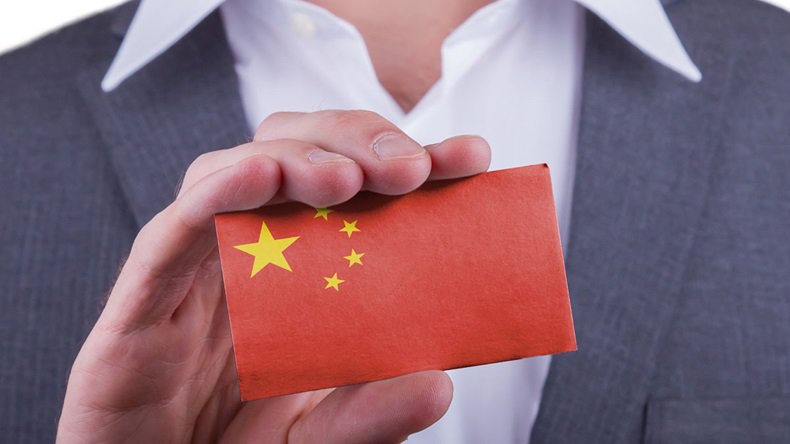 Dendreon Corp. CEO James Caggiano sees a lot of life ahead for the once groundbreaking personalized prostate cancer immunotherapy Provenge, despite patent expiry next year and a disappointing commercial performance so far, under new ownership by the SanpowerGroup, a privately-held Chinese conglomerate.

A deal to acquire Dendreon for about $820m has closed, leaving Dendreon as a standalone company operating under the Nanjing-based Sanpower, Dendreon announced June 29.

Sanpower's holdings cross the healthcare, real estate and financial services sectors. The company sees immunotherapy and stem cell therapies as the wave of the future and plans to build a portfolio of those products, with Dendreon as the first step, Caggiano explained in an interview with Scrip. The conglomerate is also very interested in bringing these therapies to the people in China and Southeast Asia, a goal that is at the heart of approval by the Chinese government, which needs to approve large investments in offshore technologies.

On its website, Dendreon notes that during and following this transition, it will "continue to operate with the current leadership, manufacturing, operations, scheduling, R&D, and sales teams remaining in place. These teams proved instrumental in turning the business around, and will continue to play critical roles going forward."

The company stressed that "there will be no disruption or changes to the company’s technology, manufacturing, operations, or distribution process" and that "product for the United States will continue to be made in the USA."

Product for the US will continue to be made in USA, Dendreon says.

The company has two manufacturing sites – one located south of Los Angeles, and the other in Atlanta.

Provenge (sipuleucel-T) is a pioneer of autologous immunotherapy. The treatment became FDA's first autologous cancer immunotherapy in April 2010 after a lengthy approval process, for an indication in asymptomatic or minimally symptomatic prostate cancer that is metastatic and castration-resistant (mCRPC). At the time of approval, the $93,000 price tag for the three-treatment regimen looked very steep and payers balked, whereas pricing of $10,000+ per month is now de rigueur for cancer drugs generally, not to mention complex personalized therapies. (Also see "Provenge Poised For Broad Insurance Coverage, Despite Grumbles On Price" - Scrip, 24 May, 2010.) The Provenge regimen now costs $108,000.

At the time of the approval, the manufacturing process for the personalized vaccine was also viewed as overly complex. The therapy derives from patient's own cells, which are altered using a process called leukapheresis to activate the immune system's T-cells and then delivered back intravenously. Treatment is given in three infusions over one month. The emergence of investigational chimeric antigen receptor T-cell (CART) in B-cell malignancies has since brought personalized oncology treatment into mainstream awareness.

Another challenge for Provenge at the time of launch was new competition from Johnson & Johnson's oral Zytiga (abiraterone), which was cleared by FDA in April 2011 for mCRPC and went on to become a blockbuster.

In contrast, Provenge floundered in the market amid weak demand and Dendreon went on to file bankruptcy in 2014. (Also see "Disappointing Provenge Sales Stir Doubts About Demand" - Scrip, 4 Aug, 2011.)

In dire straits, the company was then acquired by Valeant Pharmaceuticals International Inc. for about $400m in February 2015. (Also see "Valeant ups bid for Dendreon's Provenge to $400m" - Scrip, 6 Feb, 2015.) But as part of a broader restructuring and facing big debt troubles of its own, Valeant decided to sell Dendreon to Sanpower in January. (Also see "Debt-laden Valeant Sells Its Assets, More Divestments Likely" - Scrip, 10 Jan, 2017.)

Patents Expire, Yet New Life Ahead

Dendreon's Caggiano believes the pioneering therapy still has a lot of room to grow, despite the expiry of the last meaningful patents in 2018.

The CEO does not see the patent expiry as an issue for this product, because the process of manufacturing is very complicated and not attractive for a generic company; potential buyers also did not see this as an issue, he said.

After being taken from a patient, the cells need to reach one of two manufacturing sites – either in Atlanta or south of Los Angeles, whichever is closest – within 18 hours. The cells must then be turned into Provenge within 48 hours at the manufacturing site, followed by an 18-hour window to get it infused back into the patient.

For the company "there is a huge amount of logistics" to coordinate the collection, transportation and manufacturing, and then transportation back to the doctor's office and subsequent infusion back into the patient.

It's an intricate process that Dendreon now has down, including backup plans in case of emergencies, like natural disasters. The company has become more efficient over the years and the failure rate is very low, Caggiano said.

This all goes on behind the scenes though – for the prescribing physician the process mainly involves a phone call for scheduling, the exec said.

The company has educated physicians that the process is very simple and nothing like, say, chemotherapy.

"You really just need a chair and an I.V. pole," Caggiano said.

Caggiano, who joined the company in May 2015, said that there has already been a remarkable turnaround at the company since it was acquired by Valeant. (Also see "Deal Watch: Valeant’s Financial/Commercial Strength Offers A New Chance For Provenge" - Scrip, 9 Feb, 2015.)

Following approval, the initial strategy was focused on oncologists. But as it turned out, urologists were hanging on to the metastatic prostate cancer patients and by the time they reached the oncologist, it was too late to get the optimal response to treatment.

The immunotherapy has been shown to work best in men with lower levels of the prostate specific antigen (PSA), and therefore with a lower burden of the disease. In the pivotal IMPACT study supporting approval, the overall survival benefit was 4.1 months better, a significant result, compared to an inactive infusion of cells, but OS was 13 months longer for those with a PSA lower than ≤22.1 ng/mL. Furthermore, a good safety profile, with mild types of adverse events, makes the therapy suitable for earlier stage mCRPC patients.

The company changed its sales strategy to focus more on urologists as opposed to oncologists: three years ago, urologists made up 20% of the prescribers and this year they account for 52%, Caggiano said.

"It's not a competitive situation anymore, it's gone from either/or to the power of and," Caggiano said.

Real-World Backup For Earlier Use

In May, the company presented an abstract at the American Urological Association meeting in Boston from a real-world prospective patient registry called PROCEED, which also showed better results for men when PSA is lower. Overall, the registry includes 1,900 mCRPC patients and the company presented data for a subset of 630. Results were analyzed by PSA level and by race.

The registry data, in combination with IMPACT subgroup results, underscore that when you use Provenge earlier, as measured by lower PSA, the survival results are significantly better than if you used it later, Caggiano said.

And in African Americans, the immune response is more robust, he added.

Caggiano said that the company would like to expand use to more patients. Currently, about 4,000 are treated with Provenge each year in the US, out of a possible 40,000.

"We have a long way to go just in the labeled indication," the exec said.

The company also plans to test Provenge in earlier stages, for example, in combination with radical prostatectomy and/or radiation therapy. And it's possible that Provenge could find a role in patients who are undergoing active surveillance, with potential to keep more men away from progressing to treatment.

"Could you power the immune system enough where cancer becomes a chronic disease rather than an acute problem?" Caggiano asked.

Dendreon's goal is to hold a steering committee meeting, probably before the end of this year, to discuss plans for research in earlier-stage disease and to begin a trial or trials sometime in 2018.

The company's other plans following the Sanpower deal include establishing Provenge in China and Southeast Asia, and partnering with other immunotherapy companies to help them bring products to the market, using Dendreon's technology, Caggiano said.