Gilead’s $11.9bn takeover of Kite Pharmaceuticals positions it as a market leader in the highly touted CAR-T therapy market.

Pharmavitae Analytics expects Gilead’s purchase of Kite to generate long-term growth for Gilead as it looks to leverage Kite’s extensive pipeline of next-generation CAR-T and T-cell receptor therapies. The deal grants Gilead access to Kite’s most advanced CAR-T therapy, axi-cel, which is expected to launch this year pending FDA approval in November. PharmaVitae Analytics views the deal as falling short in tackling the company’s declining sales in the HIV and HCV areas out to 2026, which leaves likely capital deployment on the horizon.

On 28 August, Gilead announced a tender offer to acquire Kite Pharmaceuticals for $11.9bn at $180.00 per share (Gilead, 2017a). The transaction will establish Gilead as a market leader in chimeric antigen receptor T-cell (CAR-T) therapy, a rapidly emerging drug class capable of eliciting unprecedented response rates. 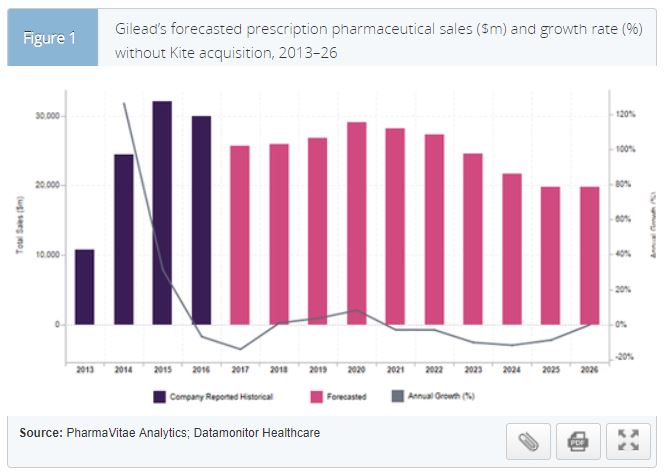 Gilead’s offer represents an acquisition premium of 29% based on Kite’s closing stock price on 25 August, with the deal expected to be accretive within three years.

Gilead is aiming to diversify into a new therapy space, and will leverage its demonstrated ability to transform treatment outcomes in areas of unmet need.

The Kite acquisition will provide an immediate revenue stream once axi-cel is approved by the FDA for the treatment of relapsed/refractory DLBCL. 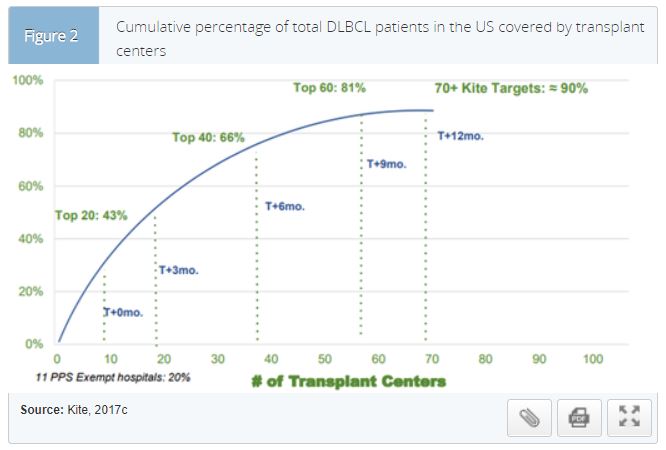 There are numerous risks associated with the deal that will become clearer with time on the market.