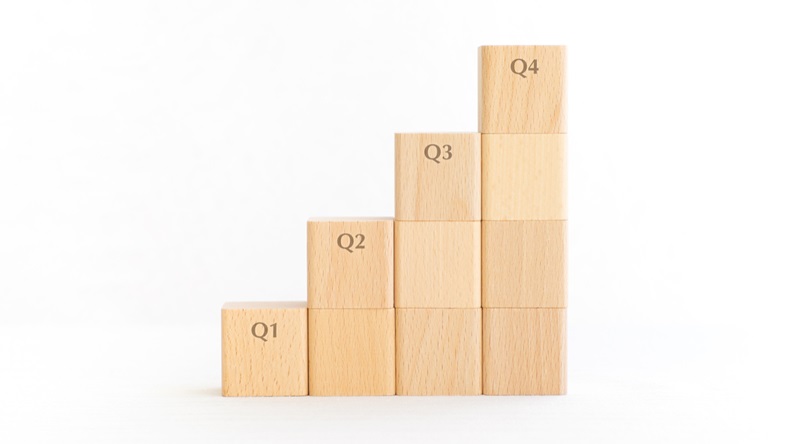 Particular interest will be paid to GSK's Consumer Healthcare performance when the UK-based big pharma releases its fourth-quarter results on Feb. 6, given its unexpected announcement in mid-December that it would soon combine forces with Pfizer Inc. to create a joint venture set to dominate the global OTC market.

With the JV slated to kick off in the second half of 2019, GSK will build market confidence in the new combined business with a solid set of 2018 financials for the Consumer Healthcare division. And the signs look good, according to GSK, which said on Oct. 31 it remained confident of delivering low single-digit reported sales growth for the year, with margin objectives “on track.”

If GSK can hit these targets then the JV looks set to get off on the right foot, with Pfizer reporting on Jan. 29 an operational rise of 3% for its Consumer Healthcare business in 2018.

In terms of GSK’s fourth quarter performance, the firm expects higher costs and a lower margin at Consumer Healthcare as it ramps up promotion behind cold and flu brands to drive consumption.

While GSK could not be accused of being light on detail when it announced the planned JV with Pfizer, investors will hope to learn more on the company's upcoming earnings call. Consumer health brand divestments are likely to be a major subject of interest, with the firm’s management having given little away to date.

GSK is targeting net divestment proceeds of ~£1bn ($1.3bn) over the 2019-2020 period “to further focus the portfolio” and cover restructuring costs, but it will be interesting to see if the firm highlights any categories or geographies as a particular area of focus.

Elsewhere, analysts may press the firm for updates on its planned divestment of Horlicks to Unilever, with the Competition Commission of India on Jan. 25 giving the go-ahead to the deal. (Also see "Horlicks Brings Unilever 'Transformative' Nutritional Deal, Market Challenges" - HBW Insight, 3 Dec, 2018.)

Bayer AG will be glad to see the back of 2018 when it reports the annual results for its Consumer Health division on Feb. 27.

A surprise reverse-switch in China, supply interruptions, and stalled attempts to revive itsCoppertone andDr Scholl’s brands hit Consumer Health hard in 2018, a year which also saw a change in leadership at the division, with Heiko Schipper replacing Erica Mann.

Schipper was brought in from Nestle SA in March to reverse Consumer Health's fortunes, and after eight months spent closely scrutinizing the business, delivered in December a detailed turnaround plan to revive the unit.

In the third quarter, supply problems and “weak” innovation left Consumer Health sales as reported down by 1.7%, with Schipper admitting that the division remained in a “challenging position”.

The supply issues at its Leverkusen plant – which hit sales of Aspirin andCanestenhardest – were expected to continue into the fourth quarter, with the firm advising that the issue would cut €300m from total 2018 group sales. (Also see "Bayer Consumer Health Yet To Turn Corner Due To Supply, Innovation Detours" - HBW Insight, 14 Nov, 2018.)

With Bayer now targeting annual sales growth at Consumer Health of around 3%-4% by 2022 and an earnings before interest, tax, depreciation and amortization (EBITDA) margin of 24%, analysts are likely to press Schipper, and Bayer CEO Werner Baumann, on how quickly they can return the unit to growth after a particularly challenging 2018.

RB Begins To Plan For Life After Kapoor

Reckitt Benckiser Group PLC’s long-serving CEO Rakesh Kapoor will face analysts for the first time since announcing his impending departure when the UK-based fast-moving consumer-goods giant reports its full year financials on Feb. 18. It will be interesting to see if the usual double act of Kapoor and CFO Adrian Hennah are joined by other RB executives as the firm ramps up its preparations for a leadership transition.

With Kapoor’s retirement announcement light on detail, investors will be hopeful RB shares further information on its succession planning. All we know to-date is that the board has “initiated a formal process to appoint his successor, considering both internal and external candidates.”

Analysts have pointed to Rob de Groot, president of RB's Hygiene/Home business, as a likely internal candidate, while ex-Beiersdorf head Stefan Heidenreich is an early front-runner among external contenders.

Away from RB’s succession planning, the supply problems which hit sales of Mead Johnson infant nutrition products in the third quarter are likely to be a major subject of interest for investors.

A "technical problem" interrupted production of infant formula and other children's nutritionals at the firm's plant in the Netherlands during the third quarter, causing a 8% dive in sales at is Infant and Child Nutrition business. RB at the time warned that IFCN revenues would be slowed during the fourth quarter and likely into early 2019. (Also see "Infant Formula Production Stalls On Reckitt Benckiser's Latest Stumble" - HBW Insight, 5 Nov, 2018.)

Despite the manufacturing troubles, RB reiterated in October its group net revenue target of 14%-15% growth, largely thanks to the acquisition of Mead Johnson. On a like-for-like basis – discounting the impact of acquisitions and currency fluctuations – RB expects net revenue growth of 2%-3%.

Sanofi’s performance in its Emerging Markets region will be reviewed closely when the firm reports its annual results on Feb. 7, with investors hopeful that the Consumer Healthcare division closed out the year with a strong performance after nine months of growth.

Consumer Healthcare reported Emerging Markets sales up by 9.7% in the first nine months of the year, reflecting efforts made by the firm to drive growth in countries such as Brazil, Mexico and Russia. (Also see "Sanofi’s growth balanced across all geographies" - HBW Insight, 23 Nov, 2018.)

Away from Emerging Markets, analysts may look to press Sanofi executives on the firm’s digital plans in the consumer health market, given the recent partnership deal struck by the firm to join forces with start-ups.

Sanofi is taking a leading role in creating the “ultimate hub of digital health innovation in Europe” through a partnership which will see it work with start-ups developing new consumer health solutions in categories such as allergy and nutrition.

Investors will watch closely Sanofi’s progress in its push into digital consumer healthcare, with the industry as a whole still working out how best it can utilize the internet and emerging technologies to drive growth and offset competition from players such as Amazon and Google.