Sun Pharma, India’s biggest drug firm, slid into the red in the first quarter, hit by a hefty legal payout, regulatory woes and a dramatic drop in US sales, and company founder Dilip Shanghvi said while he expected a “gradual improvement” in performance, the outlook remained challenging. 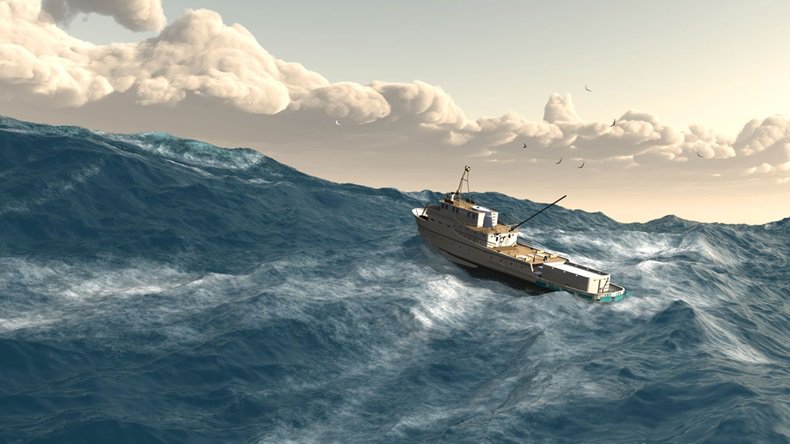 Sun Pharmaceutical Industries Ltd., the world’s fifth-largest specialty generic-maker, crashed to a INR4.25bn ($66m) net loss in the first financial quarter as the company forked out $150m to settle a US “pay-for-delay” legal suit and battled increasingly fierce competition in its main US market. It was Sun’s first quarterly loss in over a decade and its weak earnings outlook prompted analysts to slash profit estimates for the current and next financial year.

“Our Q1 performance was not good and not in line with our past performance,” Sun’s billionaire managing director Dilip Shanghvi, who established the Mumbai-based company in 1983, told analysts in a post-earnings conference call. Total sales shrank by 23% to INR61.67bn in the three months to June over the same quarter last year.

Shanghvi blamed the dismal showing on the impact of increasing investments in Sun’s global specialty business, disruption in the company’s India business from a new Goods and Services Tax (GST), a “challenging US generic pricing environment,” regulatory troubles and the INR9.5bn anti-trust suit payout.

“We expect our performance to gradually improve in the second half," said Shanghvi, whose fortune has plummeted as a result of a dive in Sun’s share price to a four-year low and made the businessman emblematic of the troubles afflicting India’s drug-makers. Sun’s shares, which closed down nearly 3% at INR448.50 on Aug. 11 following the results, have tumbled more than 40% in the past 12 months alone.

Excluding the settlement paid to plaintiffs, which included Canada’s Apotex Inc., over narcolepsy drug modafinil, a generic version of blockbuster Provigil, Sun’s profit in the quarter totaled INR5.36bn, down 74% from the same period last year when it reported net profit of INR20.34bn.

The class-action suit brought by wholesalers had accused Indian drug-maker Ranbaxy Laboratories Ltd., which Sun acquired in 2014 for a total $4.1bn, and several other drug-makers of accepting payments from Cephalon Inc to delay launch of the generic version of Provigil. Cephalon was acquired by Israel’s Teva Pharmaceutical Industries Ltd. in 2011.

The company’s EBIDTA margin stood at 17% in the first quarter – a far cry from the EBIDTA margin of 45% Sun delivered in fiscal 2014. “We expect a gradual improvement in the EBITDA margin from the base of Q1 and reaching approximately to 20-22% in the second half,” Shanghvi said.

Amplifying Sun’s woes have been the US pricing pressures and regulatory troubles that pushed US sales down 42% to $351m from the year-earlier period when revenues were boosted by six-month market exclusivity on cancer drug imatinib. US sales traditionally have made up one-half of total sales and posted 10-year CAGR of 43% to fiscal year 2015. But in the first quarter, US sales represented just 37%. Indian sales also suffered, falling by 5% from a year earlier.

Generic prices in the US have been hammered as pharmacies’ bargaining clout has increased amid consolidation and the FDA has also approved a record number of new drugs, meaning Sun is facing much stiffer competition. “There’s high single-digit price erosion (in the US),” Shanghvi said, but added that even so, “we have significantly under-performed industry in the US, and we have to find a way to fix it.”

In addition, hindering top- and bottom-line growth, Sun has been unable to launch new products from its biggest factory, Halol, since 2014 when the US FDA flagged concerns about manufacturing standards at the plant which is located in western India. The FDA issued a warning letter to Sun about Halol in December 2015.

The company, which has spent millions of dollars and hired costly consultants to upgrade Halol, was expecting the plant to get the FDA’s all-clear late last year, but instead the regulator found new problems. Shanghvi said Sun has completed its latest Halol improvements and “we’re now awaiting re-inspection” but there was no time-frame. Sun, in the meantime, has shifted some products filed from Halol to other sites in a “risk-mitigation” move, he said.

As US competition intensifies for reverse-engineered simple generics, Sun and other Indian drug-makers have been developing more complex therapies to generate new revenue streams. Sun has high hopes for a late-stage psoriasis inhibitor, tildrakizumab, to which it acquired worldwide rights in 2014 from Merck, which is responsible for submitting a Biologics License Application (BLA) to the FDA. The drug, for which US approval is expected to be filed in the third quarter, has the least frequent dosing in its class at once a quarter. (Also see "Sun Builds On Psoriasis Data But Can It Hold In Crowded Space?" - Scrip, 3 Apr, 2017.)

Shanghvi told analysts Sun will keep investing to boost its global specialty and complex generics pipeline as the company adjusts to what he has called the “new normal” in the generic-drugs industry. (Also see "Sun Chief Sees ‘New Normal’ For First-To-File ANDAs Amid US Price Pressure" - Scrip, 29 May, 2017.) In December 2016, the company launched its first branded ophthalmic product in the US in what Sun called a "milestone" in its quest to build scale in the global specialty drug business. (Also see "First US Branded Ophthalmic Launch A ‘Milestone’ For Sun" - Scrip, 4 Dec, 2016.)

The company is spending around 8.5% of sales on R&D and analysts say meaningful revenues from stepped-up investment could start flowing in fiscal 2019. Close to half of US medical spending now goes on specialty drugs for cancer, arthritis, multiple sclerosis and other conditions. These niche drugs offer higher margins and lower competition but are costly and harder to develop and involve much longer gestation than copycat generics.

“During that build phase, there will be an impact on margins, (but) these products offer potentially a lot of cash-flow generation. Once they start generating revenue, it will justify the spend,” Shanghvi said.

Sun said it had a comprehensive product offering in the US market consisting of approved ANDAs for 433 products and filings for 151 ANDAs awaiting FDA approval, including 16 tentative approvals. For the quarter, Sun filed five ANDAs and received eight approvals. The pipeline also includes 37 approved NDAs and five NDAs await FDA approval.

Sun’s peers like Dr. Reddy's Laboratories Ltd. and Lupin Ltd. have also had a rough first quarter amid weak US sales and their share prices have been battered too. (Also see "First US Branded Ophthalmic Launch A ‘Milestone’ For Sun" - Scrip, 4 Dec, 2016.) Bucking the trend, Cipla Ltd. , whose US market dependence is lower than its peers, posted a 21% net profit rise.

In past years, Shanghvi leveraged Sun’s strong profitability to grow the company through acquisitions, mainly of troubled companies, and the entrepreneur was known as the “turnaround king.” But Sun’s acquisition of rival Ranbaxy has been more problem-ridden than expected. The lifting of an FDA ban on former Ranbaxy plant Mohali earlier this year marked a rare piece of good news for Sun since it bought the company. Shanghvi, however, said Sun was on track to realize expected merger synergies of $300m from its Ranbaxy purchase. (Also see "FDA To Lift Ban On Ranbaxy Plant; Good News For Sun Compliance Push?" - Scrip, 15 Mar, 2017.)

“Everyone, everywhere in the company is acutely aware that this is not something investors expect from us, we will find ways to work towards improving that,” said Shanghvi, whose own net worth has fallen by a staggering $14.1bn from its peak two years ago due to the tumble in Sun’s share value, according to the Bloomberg Billionaires Index. The plunge in Sun’s share price knocked Shanghvi from a brief spell as India’s richest person to sixth place in the rankings, the index showed.