OPEN ACT would provide additional six months of exclusivity when existing drugs are approved for rare diseases; congressional debate over the measure could get bogged down in drug pricing issues. 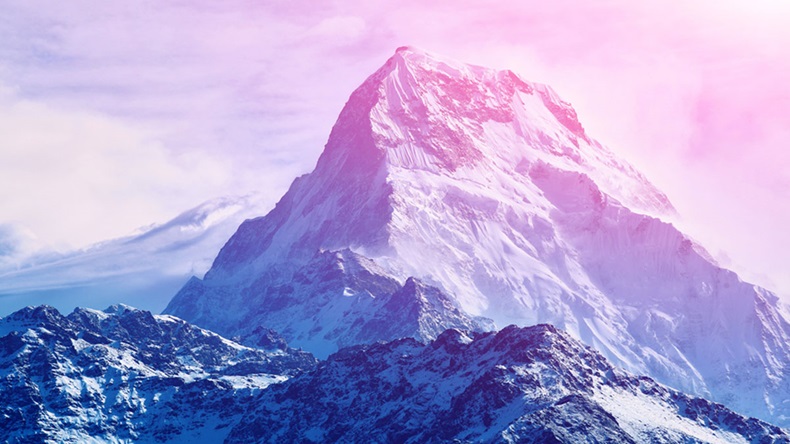 Rare disease advocates on Capitol Hill will push hard to get a new incentive program for drug repurposing included in the FDA user fee renewal package that must move through Congress in the next few months.

However, congressional debate on the Orphan Product Extensions Now Accelerating Cures and Treatments Act (OPEN ACT) may move beyond the measure’s six-month incentive to issues involving drug pricing and how quickly repurposing studies for existing drugs should be conducted.

The OPEN Act, which was included in the House-passed version of the 21st Century Cures bill in 2016, was reintroduced in the House on Feb. 27 by Rep. Gus Bilirakis, R-Fla. The measure (HR1223), which is co-sponsored by Reps. G.K. Butterfield, D-N.C., and Michael McCaul, R-Tx., would provide an additional six months of marketing exclusivity on currently approved drugs that are subsequently studied for, and approved in, rare diseases. (Also see "Genentech’s Actemra Receives Breakthrough For Systemic Sclerosis; Potential Future Beneficiary of OPEN ACT?" - Pink Sheet, 17 Jun, 2015.)

“The OPEN Act would provide incentives for drug makers to repurpose mainstream treatments, at mainstream prices, for rare diseases,” Bilirakis’ office said in a press release.

The measure may find a home in must-pass legislation reauthorizing the Prescription Drug User Fee Act (PDUFA) and the generic drug, biosimilar and medical device user fee programs, all of which expire Sept. 30.

The House Energy and Commerce Committee will kick off its formal consideration of the FDA/industry negotiated agreements to reauthorize the user fee programs with a March 2 health subcommittee hearing on the biosimilar and generic drug programs.

“It remains Sen. Hatch’s priority in this Congress, and even more so it remains a priority for him in the user fees,” Portman said. “The user fee conversation will be integral.”

Hatch, along with Sen. Amy Klobucher, D-Minn., introduced the OPEN Act in the Senate in 2015. While the companion bill in the House was incorporated into that chamber’s version of the 21st Century Cures legislation, the Hatch/Klobucher measure did not make it into the Senate version of Cures due to pushback from some Democrats. (Also see "Senate's Medical Innovation Bill Takes Cures' Shape" - Pink Sheet, 6 Apr, 2016.)

Portman said companion legislation to HR 1223 is expected to be introduced in the Senate soon.

Hatch is chairman of the Senate Finance Committee and a former chair, and current member, of the Health, Education, Labor and Pensions Committee. He also is one of the authors of the Orphan Drug Act. The senator “knows the impact that [the OPEN Act] can have on people’s lives,” Portman said. “And these smart tweaks that sort of update our understanding, making sure we have proper oversight of federal policies that are really trying to encourage development of new treatments, that will be something that he is pushing for over the course of the next few months because, hopefully, that’s all it takes for it to become a law.”

“We really do intend to see this become a law,” Portman said. “There was quite a bit of time that went into it over the last few Congresses. Times are starting to change. We’re starting to see that there really is a need for this sort of incentive structure to make sure that we can get treatments to people.”

Nevertheless, the measure’s incentive structure could get bogged down in the public discourse around drug pricing.

Max Bronstein is chief advocacy and science policy officer for the EveryLife Foundation for Rare Diseases, which has advocated strongly for the OPEN Act. He said the measure has the potential to dramatically increase the number of treatments available for rare disease patients and to generate massive amounts of clinical data needed to transition more therapies from off-label to on-label use, which would make them more likely to be reimbursed.

In addition, there is an expectation that the repurposed therapies for rare diseases would be priced at the “major market” level – rather than the high-priced, orphan drug level – since they were initially developed for a large population.

“Our belief is that these could actually be at the same cost as that they were developed for the common indication,” Bronstein said. “We’re looking at OPEN as a way to double the number of treatments available to rare disease patients [and] keep them low-cost treatments because they would be at the same level as the major market therapy.”

… But Nothing To Stop Big Price Increases

One patient advocate who highlighted the impact that steep price hikes for Mylan NV’s EpiPen (epinephrine) autoinjector have had on the rare disease community questioned whether there is anything in the OPEN Act that would limit companies’ ability to dramatically increase prices of existing drugs that have been repurposed for the rare disease setting.

“On Capitol Hill hose discussions are actually happening as we speak, so some people are actually looking at provisions that might address that,” Bronstein said. “People on Capitol Hill are hearing these concerns, and they’re trying to think about how to address them in a smart, policy-savvy way that actually encourages innovation for rare disease patients.”

“There are a lot of questions right now as it relates to pricing around drugs, especially around these really amazing drugs that have the potential to save and change lives,” Portman said in response to one patient advocate’s complaints about the $89,000 price tag that Marathon Pharmaceuticals LLC initially planned for Emflaza (deflazacort), a recently approved Duchenne muscular dystrophy treatment.

Following public outcry over the company’s pricing plans for deflazacort, a steroid that is available in other countries for a fraction of the price, Marathon said it would pause the drug’s launch and meet with advocacy groups.

“There are also broader discussions where we can’t look at this, at least in the congressional perspective, in an isolated way,” Portman said. “It’s something that we’re looking at right now as it relates to some of the broader healthcare discussions.”

“There isn’t a hard resolution at this point in time, but I can tell you we are having those conversations right now and perhaps you’ll see something about it once the Senate is able to act on the OPEN Act in particular and some of our broader questions about the Orphan Drug Act, which … Sen. Hatch wants to make sure is working appropriately,” Portman said.

Saul Hernandez, Butterfield’s deputy chief of staff, suggested Democrats on the House Energy and Commerce Committee also could take up the drug pricing issue in conjunction with their consideration of the passage of the OPEN Act.

“We hope that the committee Democrats will have more to say on that as the issue develops and as the OPEN Act begins to be considered, either as a standalone bill or part of PDUFA reauthorization,” Hernandez said.

In addition, there currently is nothing in the OPEN Act regarding how quickly sponsors would have to study an existing drug in a rare disease indication to qualify for the extra six months of exclusivity.

“What we’re hoping industry would actually do is … that they would get engaged as quickly and as early as possible in these repurposing studies,” Bronstein said. However, “there’s no specific incentive for them to do that.”

Bronstein said there previously have been discussions about attaching a sunset date to the incentive program so that it must be periodically evaluated and renewed by Congress.

“There was talk at one time of maybe putting a timeline on OPEN, kind of like the [pediatric rare disease] priority review voucher program, which is on a five-year time cycle,” Bronstein said. “I’m not sure if that’s going to happen this time around … but that would be one example of a pathway to really encourage industry to get on this as quickly as possible.”