Real-World Evidence On COVID 19 Vaccines Coming Into US FDA 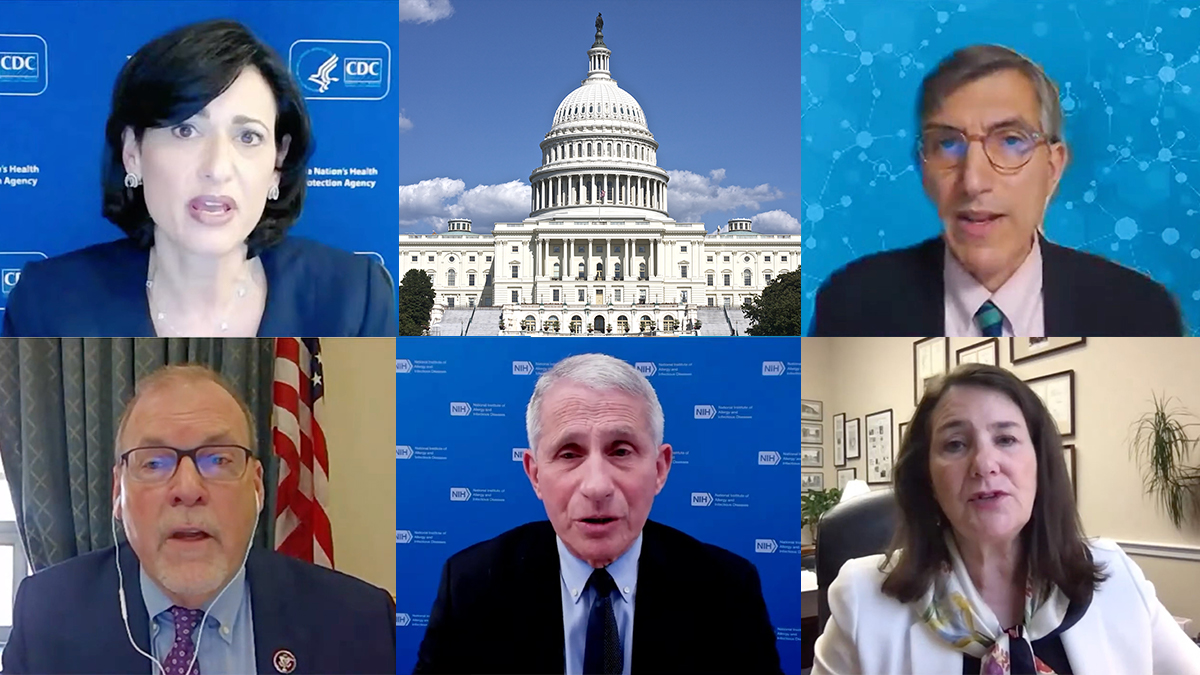 The initial round of real-world evidence on COVID-19 vaccine safety is now arriving at the US Food and Drug Administration, Peter Marks, director of the Center for Biologics Evaluation and Research, testified at a 17 March congressional hearing.

Marks was asked by Rep. Diana DeGette, chair of the Energy & Commerce Committee’s Oversight and Investigations subcommittee, how real-world data about the effectiveness of authorized vaccines would inform future decisions about their use and when the agency expects to see results from real-world evidence.

Marks said the agency will be analyzing real-world evidence to make sure there is continued protection against the circulating viruses. FDA will also look at participants in ongoing trials to see how long they maintain an immune response. He said the combination of evidence from these trials and real-world evidence “will give us what we need to understand when we may need to come out with a booster of some sort.”

In his written testimony, Marks noted that FDA plans to use the BEST (Biologics Effectiveness and Safety) system, part of the agency’s Sentinel initiative, to monitor about 15 adverse events that have been identified with the deployment of previous vaccines but have yet to be associated with a safety concern for an authorized COVID-19 vaccine.

Severe allergic reactions, which were a concern when the first vaccine was authorized, have occurred in fewer than five in one million vaccine doses administered, he noted. Three COVID-19 vaccines have been authorized to date, those of Pfizer Inc./BioNTech SE, Moderna, Inc. and Johnson & Johnson.

No Expiration Date On Investigational Drugs

Ranking member H. Morgan Griffith, R-VA, noted the desire of countries in the European Union and elsewhere that have authorized AstraZeneca PLC’s COVID-19 vaccine to obtain additional doses. He asked how old the doses in the US stockpile are and when they will expire.

“When are we going to run into the risk of actually throwing some vaccines away” that could be used by other countries? Griffith asked.

“There may be some concern that we have enough vaccine that if we need to get boosters in the not too distant future that we have sufficient supply to be able to do that,” CBER Director Peter Marks said.

Marks said the EU put an expiration date on AstraZeneca’s vaccine when they authorized it. “But we do not necessarily have expiration dates on products under investigational new drug applications when they are maintained on stability studies,” he said. “And so I do not believe at this time we are at risk of throwing that vaccine out anytime in the near future.”

Marks also noted the value of having an extra supply of vaccine on hand. “There may be some concern that we have enough vaccine that if we need to get boosters in the not too distant future that we have sufficient supply to be able to do that,” he said. “Because we still only know that the vaccine has a certain length of protection, probably at least six months, but we don't know whether that's a year or more. So there may be some wisdom to having some supply.”

AstraZeneca reportedly asked the Biden Administration for permission to send some of the doses in the US stockpile to European countries and was turned down. ()

Anthony Fauci, director of the National Institute of Allergy and Infectious Diseases, noted that there is a big conflict in Europe, where many countries do not want to use the AstraZeneca vaccine due to concerns about blood clotting. He said the European Medicines Agency has concluded that the concern is unfounded and that the actual incidence of blood clotting in those who receive the vaccine is no more than would be expected in the population in the absence of vaccines.

More than a dozen EU countries have suspended use of AstraZeneca’s vaccine. As of March 10, there were 30 cases of reported thromboembolic events recorded in EudraVigilance, the EU drug safety monitoring system. This is a very small portion of the five million people given the vaccine in the European Economic Area as of that date. ()

Vaccines May Be Available To All Children By Q1 2022

Rep. Frank Pallone Jr., D-NJ, chair of the full Energy & Commerce Committee, noted that no vaccine is authorized for adolescents under the age of 16 and asked Fauci when he anticipates younger teens and children will be able to get vaccinated.

Fauci noted that studies are currently underway for high school and elementary aged children to show that the vaccines are safe and induce a comparable immune response that correlates with protection. He said it looks like high school students will be able to get vaccinated in the beginning of the Fall. He said an age de-escalation study is underway in elementary children from 12 to nine, nine to six, six to two and six months to two years. He said he anticipates there will be enough data to vaccinate these younger children by the first quarter of 2022.

Fauci was asked what is currently known about “long COVID,” in which individuals suffer symptoms for weeks or months after recovering from the initial stages of SARS-CoV-2 infection. He said studies indicate that anywhere from 25% to 35% or 40% of individuals have prolongation of symptoms, some of whom become completely incapacitated.

He noted that NIH received an appropriation of $1.15bn to study the disease. The four-year funding is to support research into the prolonged health consequences of SARS-CoV-2 infection. In February, NIH announced a new initiative to study long COVID.

Once we understand the scope of the cohort, the underlying cause of long COVID, and what the mechanisms are, “then we can start talking about designing therapies,” Fauci said.

DeGette, D-CO, stated that a number of CDC recommendations were subverted by the previous administration or were influenced by non-science based principles. She asked CDC Director Rachel Walensky what the agency is doing to restore science into its findings and recommendations.

Walensky said her first job has been to ensure that CDC had a full review of its guidance to make sure that the documents on its website are science based and written by CDC’s scientists.

“During that process, we have taken down some of the things that were previously put up that were not authored by CDC personnel,” she said. She noted that the agency has come up with recommendations to ensure that forthcoming guidance has executive summaries, end users that can understand it, and accompanying scientific briefs.

Some Republican members of the subcommittee made comments extolling the accomplishments of the Trump Administration and sought acknowledgement from the witnesses.

Rep. David McKinley, R-WV, said his Twitter account had been lit up during the hearing by people posting that President Trump killed 500,000 Americans. He asked Walensky if she would agree with that statement.

“I think the effect of this pandemic is multifactorial,” she replied.

Rep. Gary Palmer, R-AL, said he was “offended and extremely disappointed” by her answer and asked again if President Trump is responsible for 500,000 people dying from COVID.

“I think we will look back at this pandemic and recognize that there are many, many reasons why we as a country were ill prepared to tackle this pandemic that resulted in over 500,000 deaths,” Walensky stated.