Japan’s Takeda says it has confirmed the benefits of its best-selling inflammatory bowel disease therapy Entyvio in US medical practice through the collection of real world evidence. 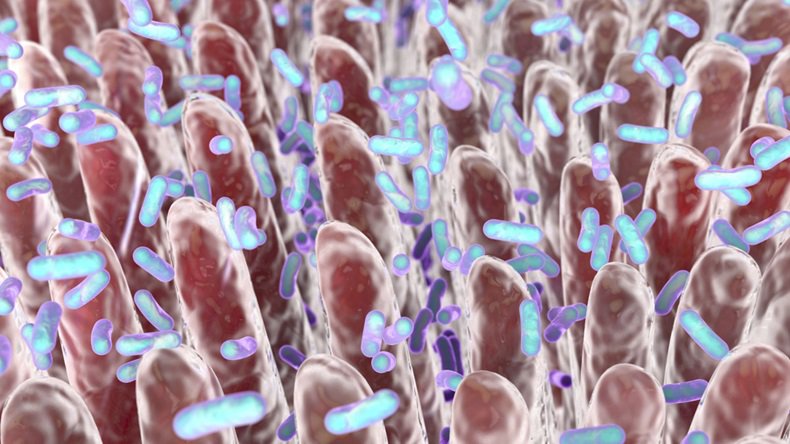 Real-world evidence collected in the US has confirmed the efficacy of Takeda Pharmaceutical Co. Ltd.’s best-selling product, Entyvio (vedolizumab), in the treatment of ulcerative colitis and Crohn’s disease, as the Japanese company embraces such evidence as part of its turnaround of its pharmaceutical business.

Takeda has been reconfiguring its business over the past several years partly as a result of a former best-selling product, the antihypertensive Blopress (candesartan), facing generic competition, and has now focused its product development mainly in three areas – gastrointestinal, oncology and neurological conditions. (Also see "Entyvio Takes Lead As Takeda Pursues Turnaround" - Scrip, 31 Oct, 2016.)

The researchers involved in collecting the real-world evidence on Entyvio believe it will help the inflammatory bowel disease community decide about the drug’s role in their medical practices. “Real-world evidence plays an important role in helping healthcare providers evaluate a therapy’s effectiveness and safety in routine medical practice against clinical trial results,” said William Sandborn, chief of the division of gastroenterology at the University of California San Diego, in a Takeda statement May 8.

At the DDW meeting, the VICTORY (Vedolizumab for Health Outcomes in Inflammatory Bowel Diseases) consortium of 10 inflammatory bowel disease medical centers in the US reported on a cohort of 180 patients with moderate-to-severe active ulcerative colitis, who were treated for 12 months in routine practise, and followed through electronic medical record searches, review of clinical records or by questions addressed to the centers. 77% of patients achieved mucosal healing as defined as having a Mayo endoscopic subscore of zero or one, 51% of patients had a clinical remission, and 41% had a steroid-free remission.

A further analysis by the VICTORY consortium in 742 patients with inflammatory bowel disease treated with vedolizumab showed a decline in surgery rates depending on when the drug was initiated over a two-year period. The reason for the decline is unknown, and needs to evaluated further in a prospective study, the consortium researchers said.

Vedolizumab is a gut-selective integrin antagonist – it inhibits the movement of inflammatory white blood cells into the mucosal lining of the bowel, by binding to the alpha4beta7 integrin expressed on a subset of circulating WBCs. It is one of only a handful of such antagonists in development, as shown below: 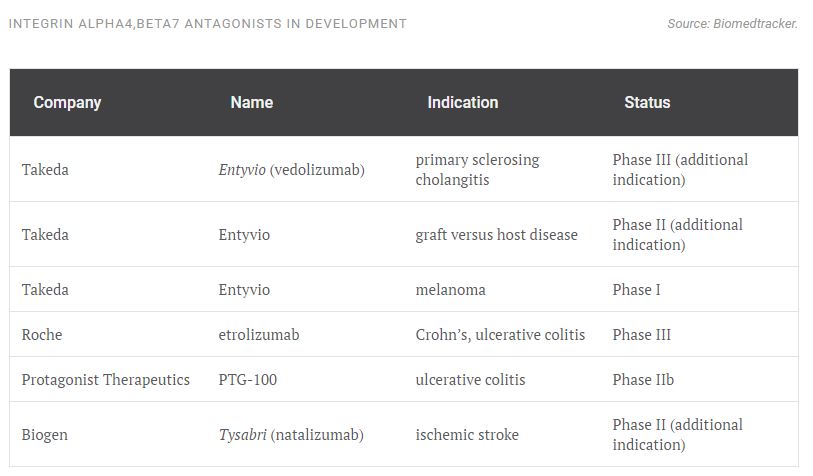