The Great Rebate Debate: Why Do They Exist?

A Senate hearing on drug pricing and the supply chain inevitably focused on the role of rebates. Committee Chairman Lamar Alexander offered a simple-sounding solution: get rid of them. That’s easier said than done, of course, but it did trigger some interesting discussion from different trade sectors. 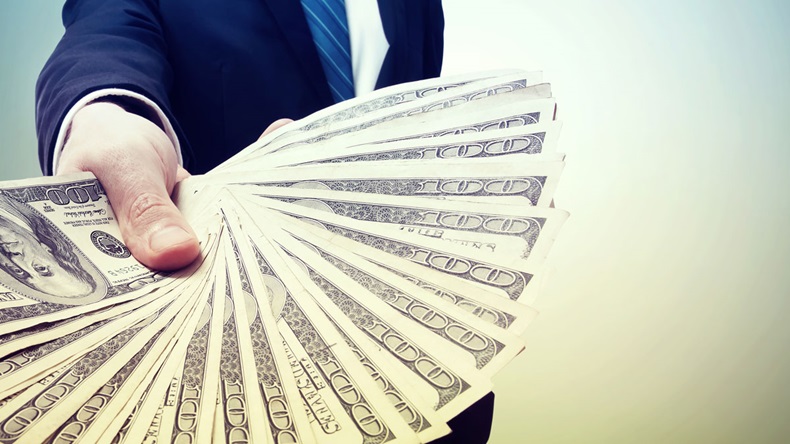 The discussion that followed is a sign that there are limits to that success.

After hearing opening statements by witnesses from across the supply chain, Alexander began by noting the testimony about the total amount of rebates (which he pegged at $100 billion per year) and the challenge of understanding where that money goes.

“We’ve been working on health insurance, which we find to be very complicated,” Alexander said. “Where the money goes in prescription drugs is even more complicated. I’ve yet to figure out where the money goes.” He then asked a seemingly simple question. “Why do we need rebates at all?”

Alexander’s question – and, indeed, the focus of the hearing itself – underscores the success of the brand name industry’s efforts to shift attention away from manufacturer pricing actions and onto the complex economics of the drug supply chain.

Coming into 2017, the Pharmaceutical Research & Manufacturers of America launched a campaign to highlight the difference between list prices and the net price realized by brand companies, focusing attention on rebates, distribution channels and insurance designs that impact the amount paid by consumers at a pharmacy counter.

The goal was to deflect efforts to enact “transparency” legislation away from a strict focus on manufacturer margins and onto the broader pharmaceutical marketplace. (Also see "Drug Pricing ‘Opacity,’ Degrees Of Transparency Debated By National Academies Panel" - Pink Sheet, 10 Jan, 2017.)

The fact that the second drug pricing hearing of 2017 would focus specifically on that issue is a sign of how successful the PhRMA campaign has been. The Oct. 17 hearing including witnesses from various trade associations in the supply chain, including PhRMA, the generic industry (Association for Accessible Medicines), wholesalers (Healthcare Distribution Alliance), retail pharmacy (American Pharmacists Association) and the pharmacy benefit management sector (Pharmaceutical Care Management Association).

Somewhat predictably, the testimony itself included a significant amount of finger-pointing among the various witnesses. PhRMA also came into the meeting armed with a new study focused on a key element of the system not represented at the hearing: hospitals, where (the PhRMA-funded study says) prescription drugs are typical marked up 250%.

No One Defends Rebates

Alexander’s opening question cut through a lot of that finger-pointing – and may in fact be a sign that the debate over the flow of rebate dollars has all but played out. Alexander appeared to catch the witnesses somewhat flat-footed by asking why rebates are even necessary – but it demonstrated that none of the organizations present was ready to defend rebates as necessary or even useful.

Alexander posed it initially to American Pharmacists Association CEO Thomas Menighan, who fumbled for words and didn’t directly answer. Later in the hearing, however, Menighan returned to the question and made clear that “we oppose rebates in all their forms.”

Healthcare Distribution Alliance SVP Elizabeth Gallenagh attempted to abstain, saying “wholesalers don’t have a role” in the price/rebate dynamic. Pressed by Alexander, she said eliminating rebates is “something to be explored.”

“That’s what we are doing. We are exploring it,” Alexander shot back.

That leaves the two principals in the debate over rebates: manufacturers and PBMs. Neither industry group defended rebates – but they offered very different explanations for why they exist.

Alexander asked Pharmaceutical Care Management Association CEO Mark Merritt first about “getting rid” of rebates. “We’d be open to that,” Merritt answered. “Rebates were around before PBMs ever came on the scene” and are also used in other sectors, he observed. Typically, Merritt said, rebates are used because manufacturers want “to keep a high price” for some purchasers while making concessions to bigger buyers.

PhRMA EVP Lori Reilly argued instead that rebates are driven by the demands of payors and PBMs. “High rebates are things that PBMs and insurer companies like,” she said. They generate a separate revenue stream and “they get a big check at the end of the day that they can use as they like.”

“Would you, Ms. Reilly, like to eliminate rebates?” Alexander asked. “We’d like to see rebates get passed back to the patient at the point of sale,” she said.

But Alexander wasn’t satisfied. “Why worry about a big chart that shows how they are being passed back? Why not just eliminate rebates?”

“That is one option obviously, to just have a lower list price,” Reilly said. “But I will tell you today, plans and PBMs tend to favor products, in terms of formularies, … with a high price and high rebate because that money tends to flow back to them to decide what to do with.”

PBMs Have The Better Talking Point

The exchange underscores the challenge PhRMA has set for itself: the trade association is simultaneously attacking rebates as a hidden source of costs to consumers while defending them as a necessary evil for commercial success. Merritt, on the other hand, came into the hearing with a much more straightforward message: PBMs want the lowest net cost and don’t care what mechanism gets that.

In a subsequent exchange over insulin prices with Sen. Bill Cassidy (R-La.), the benefits of PCMA’s posture were apparent. Reilly quibbled with Cassidy over figures showing the relative rates of growth in list prices and rebates in the insulin class – but Cassidy politely but firmly stuck to his argument that the higher list prices were in fact driving higher costs to patients. “Somebody’s paying. Its either indirectly through a premium or directly through a copay, but somebody’s paying.”

Turning to Merritt, he noted Mylan’s claims that the dramatic price increase for EpiPen was driven by the need to provider higher rebates to maintain formulary positions in the face of competition.

Even if federal statutes and program rules were changed to eliminate rebates, it is not clear how the practice could be eliminated in the setting of private market sales.

“I would disagree” with Mylan, Merritt said. “Mylan raised the price 400% just because they felt like doing it.”

Cassidy repeated Mylan’s assertions that higher list prices are a competitive necessity, because without rebates the company couldn’t stay on formulary. “I don’t think that happened. The reality is if they lowered the price that would make it great too. All we want is the lowest net cost,” Merritt replied. “The simplest thing is if lower their prices.”

No one should expect a serious push to eliminate rebates in the near term given the lack of momentum for any significant pricing legislation at this point. And even if there were to be a push for legislation, it is hard to fathom a straightforward approach to prohibiting rebates.

The Medicaid program, for example, includes a statutory rebate on prescription drugs, while Medicare Part D is premised on the idea that PBMs are negotiating rebates and discounts in a market where manufacturers set premium prices for exclusive products. Even if federal statutes and program rules were changed to eliminate rebates, it is not clear how the practice could be eliminated in the setting of private market sales.

That leaves the issue as a very safe topic for “exploration” in the context of hearings – but perhaps one that is not likely to consume that attention for much longer.