Reddy's Will Look For Acquisitions Under New CEO Israeli 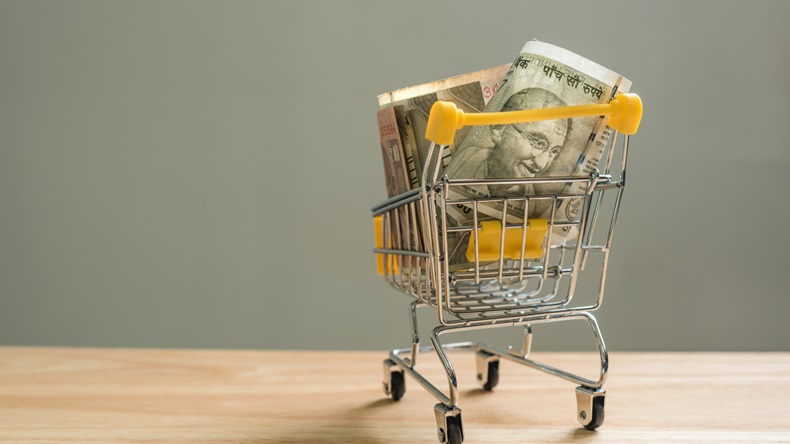 Dr Reddy’s Laboratories will be looking to put its healthy balance sheet to work as it begins a new chapter under Erez Israeli as CEO from 1 August. Israeli, who joined the Indian company as chief operating officer just over a year ago, will report to GV Prasad, who has assumed the position of co-chairman and managing director.

“Since joining Dr Reddy’s as chief operating officer in April 2018,” the company commented, “Erez has spearheaded the transformational agenda of the organization by ensuring clear strategic focus and effective cost management, setting foundations for sustainable performance and driving growth. His appointment as CEO will help to propel the organization’s growth agenda forward.”

Addressing investors as the company announced results for its financial first quarter ended 30 June 2019, Israeli indicated that the firm’s management planned to use its almost debt-free status to fund acquisitions. “We are absolutely planning to use our financial capacity for inorganic [moves],” he stated, adding that “we will not go crazy and we will not pay something that we should not pay.”

Use Proceeds From Migraine Brands Sale To Upsher-Smith

The group’s already pleasing financial situation was set to be further improved, he pointed out, once it recognized in its July-September financial quarter the proceeds from divesting US rights to its proprietary sumatriptan-based Zembrace Symtouch and Tosymra brands to Sawai’s Upsher-Smith for $70m upfront plus $40.5m in milestones and other payments.  (Also see "Upsher-Smith Completes Acquisition Of Dr Reddy’s Two Migraine Treatments" - Generics Bulletin, 25 Jul, 2019.)

“This allows us now much more strategic flexibility, and naturally we will spend the money if we grow inorganically in the relevant spaces,” he explained. As of 30 June, the firm held cash and equivalents totalling $413m.

“We are looking all over the place for relevant opportunities, not necessarily just in emerging markets” – Erez Israeli

Highlighting that the group’s net debt to equity ratio as of 30 June 2019 was a mere 0.04, while the firm had generated free cash flow of $123m in its financial first quarter, chief financial officer Saumen Chakraborty acknowledged that the group had historically used surplus cash largely to fund share buybacks, but said inorganic growth opportunities would be “helpful in terms of capital deployment.” Having recently invested heavily in increasing its manufacturing capacity, capital expenditure demands on cash flow were likely to be modest, he forecasted.

Questioned by analysts about which spaces could be attractive for acquisitions, Israeli observed that “there are many, many assets that are out there.” Contrasting the Indian group’s strong balance sheet with the debt issues facing some its peers, he forecasted that further assets would become available. “We want to make sure it is not just the right value for investment, but also that it will help us to create the right capability and the right synergies in each one of the spaces.”

Commenting on recent generics industry transactions and consolidation, such as Aurobindo’s pending purchase of Sandoz’ US solid-dose and dermatology portfolio, as well as Mylan’s planned merger with Pfizer’s Upjohn off-patent unit, Israeli insisted that every deal had to be examined on its individual merits and in the context of differing corporate strategies. But as firms sought various solutions to their operational challenges, he felt that “assets will continue to flow out.”

“I hope that we will find ourselves on the winning side, because we can actually use those assets if they will be synergistic to our activities,” he remarked.

“We are looking all over the place for relevant opportunities, not necessarily [just] in emerging markets,” Israeli elucidated. Nevertheless, he said the Indian group was particularly keen to add to its existing presence in its domestic market.

He said: “India is a very important market to us. We indicated in the past that we are focusing on India and we want to grow our ranking, so we should expect to see growth that is better than the overall market. Plus, if we find the right deal, we will not be shy to do inorganic moves as well.”

Meanwhile, Israeli revealed, Reddy’s was investing heavily in driving organic growth in China by expanding its development team, conducting local biostudies and increasing capacity at a plant in Kunshan under a revamped management team. “I am very happy with the focus that we have in China,” he added. “We are growing double-digit as we speak.”

In Russia, Chakraborty noted, Reddy’s was undertaking “multiple initiatives” to drive growth, including working on new product launches and improving the effectiveness of its salesforce.

Reddy’s credited both recent launches and “better realization in some of the key molecules” for its first-quarter sales in Russia rising by 5% to INR3.96bn ($57.5m). Israeli said 9% constant-currency growth in Russia was “in line with our expectations.”

Product launches also helped to edge up turnover in the rest of the Commonwealth of Independent States (CIS) plus Romania by 2% to INR1.21bn, while new products and “volume traction in the base business” lay behind a 27% increase to INR2.13bn in the firm’s Rest of World region that includes Australia, South Africa and South America. Together, these countries contributed to Reddy’s posting sales in its Emerging Markets region ahead by a tenth to INR7.30bn.

“As per our strategic growth plan,” Israeli commented, “we are continuing to strengthen our product portfolio across the emerging markets and expect the current growth momentum to continue going forward.”

Emerging Markets made up nearly a fifth of Reddy’s group turnover that improved by 3% to INR38.4bn as sales by its Global Generics unit climbed by 8% to INR33.0bn. Pharmaceutical Services and Active Ingredients (PSAI) revenues fell by 16% to INR4.54bn on production problems as the firm continued to work on resolving a warning letter issued against its ‘CTO 6’ bulk drugs plant in Srikakulam, India, while Proprietary Products sales down by 21% to INR914m reflected the divestment of US rights to three skincare brands to Encore Dermatology as Reddy’s chose to exit the US commercial arena for specialty brands in favor of a development and out-licensing model.

“The year-on-year growth in revenue has been supported by new product launches and an increase in the volume pick-up across our Global Generics markets,” Chakraborty explained. “This growth has, however, been partially offset due to a sharp decline in the revenue of the PSAI business, price erosion in the generics market and the absence of derma product sales after they were divested in the previous year.”

“On our quest to grow, diversify our business and become more efficient,” Israeli commented, “we have seen good traction in new product launches in the US and Europe markets and continued with the growth momentum in India and Emerging Markets.”

“During the quarter, we launched six products in Germany, four in the UK, three in France and one in Spain” – Erez Israeli

Eight launches in India – such as Cetzine (cetirizine), Trisertain (amlodipine/olmesartan/hydrochlorothiazide) and Ubil (bilastine) – contributed to 15% local Generics growth of INR6.96bn as Reddy’s outpaced the local market average, as per IQVIA data. Israeli pointed to the work the firm was doing on improving the effectiveness of its salesforce and focusing investment on brands with the best growth prospects.

“Volume traction on account of improvement in supplies” helped to raise European turnover by 19% to INR2.40bn, equivalent to a 22% local-currency increase to €31m ($35m). “During the quarter, we launched six products in Germany, four in the UK, three in France and one in Spain,” Israeli disclosed. “We expect this business to continue to perform well during the year.”

North American Generics turnover grew by 3% to INR16.3bn as “volume traction” and new products largely offset “price erosion on some key molecules”. On a local-currency basis, sales slipped by 1% to $234m.

“The overall market environment has been relatively stable, and we have witnessed base price erosion consistent with the past few quarters,” Israeli observed.

While substitution with generics of Indivior’s Suboxone had been “relatively slow” following generic entry earlier this year, Reddy’s said it had now captured around 20% of the generics market for the buprenorphine/naloxone sublingual films.  (Also see "Alvogen and Reddy’s Cleared Over US Rivals To Suboxone" - Generics Bulletin, 15 Jul, 2019.)

Reddy’s launched five generics in the US during the quarter – daptomycin 500mg single-dose vials and testosterone 1.62% gel in May, followed in June by phytonadione 10mg/ml single-dose ampoules, tobramycin inhalation solution and OTC calcium carbonate. The firm also reintroduced its Zenatane (isotretinoin) capsules.

“We have been fairly busy with the uptick in the launch momentum of new products and to date have launched 10 products since beginning of this fiscal year,” Israeli told investors, highlighting more recent launches such as ramelteon tablets and first-to-market carboprost tromethamine single-dose vials.  (Also see "Reddy’s Gets Six-Month Head Start On Carboprost In US" - Generics Bulletin, 9 Jul, 2019.) The firm also bolstered its US OTC offering with rivals to Allegra-D 12HR (fexofenadine/pseudoephedrine) and Mucinex D (guaifenesin/pseudoephedrine) extended-release tablets.

“We expect this launch momentum to continue and are on track to bring more than 30 products to the market in fiscal 2020. As of now, we have around 115 commercial products in the US market,” he stated.

The company anticipates receiving additional queries from the US Food and Drug Administration within the next few weeks on its generic rival to NuvaRing (etonogestrel/ethinylestradiol) for which the agency previously issued a complete response letter. And with the US Court of Appeals for the Federal Circuit having just refused to rehear its verdict that two key patents protecting Vimovo (naproxen/esomeprazole) were invalid, Israeli said Reddy’s was considering its options on launching its rival to the analgesic.  (Also see "Reddy’s, Lupin And Mylan Clear Two Vimovo Patents From Path" - Generics Bulletin, 22 May, 2019.)

Despite only filing one abbreviated new drug application during the quarter, Reddy’s still had 104 ANDAs pending FDA approval as of 30 June, of which 58 contained Paragraph IV patent challenges. “We believe 34 have first-to-file status,” the firm said. Among three pending hybrid 505(b)(2) applications is a potential alternative to Velcade (bortezomib).

Research and development spending was down by 13% to INR3.61bn, or 9.4% of group sales, in the quarter, but Reddy’s anticipates investment picking up in the remainder of its financial year. The lower spending helped to compensate for a four percentage-point drop in the group’s gross margin to 51.7%, as the Global Generics margin of 57.6% was compromised by the smaller PSAI segment posting just 7.2%.

The Indian group improved its operating profit by two-thirds to INR7.94bn, due largely to Rs3.47bn received from Celgene for Reddy’s agreeing to drop any claim for ‘Section 8’ damages in Canada over delays to approval for generic Revlimid (lenalidomide) capsules caused by patent litigation. Reddy’s raised its pre-tax profit by 70% to INR8.50bn.