Dublin will “absolutely” meet the criteria for hosting the European Medicines Agency, says Irish health minister Simon Harris. The minister has also outlined his department’s approach to high drug pricing and says he expects a national biosimilars policy by the end of the year. 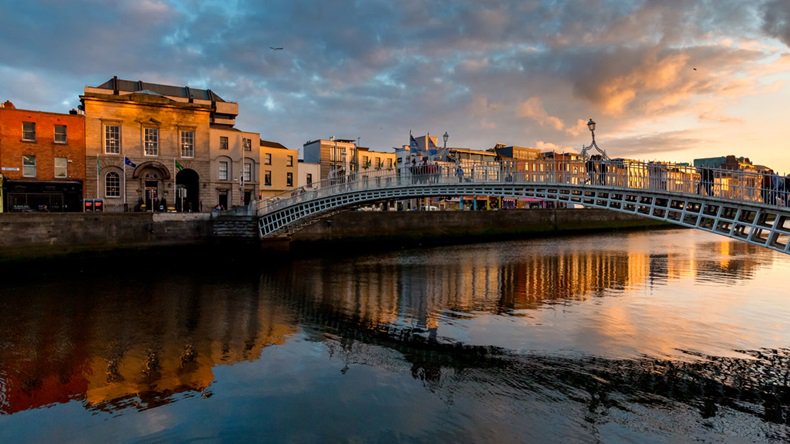 The Irish health minister, Simon Harris, says that Dublin will “absolutely meet or exceed all six criteria” that countries must fulfil if they wish to host the European Medicines Agency post-Brexit, and that the Irish capital has “many other attractions and advantages for the EMA and its staff that are not encompassed by the criteria.”

An EU decision to relocate the EMA to Dublin would also have “significant reputational benefit and would represent a strong vote of confidence in Ireland across the EU,” the minister said, adding that Ireland planned to work with the agency to ensure a “smooth transition” when it moves from London to another member state.

Ireland is one of more than 20 EU member states that are expected to submit a bid to host the EMA, and has been widely promoting Dublin as the “natural destination” for the agency. (Also see "Ireland Promotes Dublin As ‘Natural Destination For EMA’ After Brexit" - Pink Sheet, 9 May, 2017.) Ireland plans to submit its offer by the deadline of July 31, Harris said, after which the bids will be evaluated and a final decision on the winning country taken in November.

The Dublin bid team, headed by the Department of Health, has been working to “directly address the criteria as outlined by the EU,” the minister said. The six “objective” criteria, which include accessibility and the availability of educational facilities for agency staff and their families, were published in June, when the date for a decision on the future location was postponed from October to November. (Also see "EU Postpones Decision On EMA’s New Home To November" - Pink Sheet, 23 Jun, 2017.)

“The EMA will be able to recruit talent on relocation and into the future as required” – Simon Harris, Irish health minister

Dublin “has a number of strengths including accessibility for the staff, a large number of regular expert visitors, the existence of excellent education facilities for the children of agency’s staff, access to a vibrant labour market and healthcare for staff and their families,” Harris told the Pink Sheet.

He said the capital was “a proven top destination for mobile European job seekers, which will ensure that the agency will be able to recruit talent on relocation and into the future as required,” and that it had a number of advantages over other locations, including its membership of the Eurozone.

“Relocation to Dublin offers the EMA and the EU budgetary certainty, free from the threat of currency fluctuations as is currently the case. This will also make travel to the EMA simpler and cheaper for experts and pharmaceutical executives from other Eurozone member states.”

As for the benefits for the host country, Harris said the EMA would bring “huge benefits” to any city, in terms of the “prestige of hosting such an important agency,” the economic boost and the contribution to the life sciences sector.

In Dublin’s case, the benefits included “being at the centre of the protection of healthcare for all EU citizens and at the forefront of medical research and innovation, an area in which the Irish third level education sector and life sciences industry is particularly strong.” As well as directly employing 900 staff, the agency would attract “many more high-quality jobs in associated sectors, particularly the pharmaceutical industry,” and would stimulate employment in ancillary sectors like hotels and transport, the minister said.

Among the key priorities for the EMA are ensuring that its activities continue to run smoothly during the relocation, particularly if, as is widely expected, it loses a significant number of staff along the way. The agency has drawn up a business continuity plan that was presented to the management board in June. (Also see "EMA Suspends Some Activities To Focus On Brexit Relocation" - Pink Sheet, 11 Jul, 2017.)

Harris said that Dublin was “simply the best option to guarantee business continuity as it will allow the agency to retain a significant number of current staff.”

The Irish Health Products Regulatory Authority was “fully supportive” of the Dublin bid, he continued. The HPRA’s focus between now and the UK’s departure would be to work with the EMA and the rest of the EU regulatory network to ensure “continued capability and plan for a smooth transition of the agency,” a process that would “mitigate negative impacts and ensure appropriate health protection of European citizens,” Harris declared.

“I also believe that the EMA would benefit enormously from being located in Dublin and having access to all that Dublin and Ireland have to offer as a place to do business and to live.” As for the future participation of the UK in the network, he said this was “very much dependent on the negotiation process,” adding: “I look forward to a successful outcome for all.”

The minister also addressed some questions put by the Pink Sheet regarding the pharmaceutical sector in Ireland, which has been characterized by debates over the high cost of some drugs, medicine shortages, and the need to boost the biosimilars market. (Also see "Biosimilar Firms Say Irish Price Deal Hinders Uptake, As Govt Plans New Policy Measures" - Pink Sheet, 10 Feb, 2017.)

Harris said that securing access to new, innovative products in a timely manner was a “key objective” but the challenge was to deliver on this objective in an affordable and sustainable way.

Innovative drugs must be both clinically and cost effective, he said, but “the price that some companies, who hold a monopoly in many cases, are seeking to charge means that the innovative products may never reach the patients as health systems cannot afford the price.”

In many cases, he said, the main driver of price was “an estimate of the maximum amount that health care systems can pay and is not connected to the health benefit of the treatment, this is naturally causing delays in the reimbursement process.”

The agreement signed with Ireland’s originator industry body IPHA last year means that medicines are now subject to “an annual downward only price realignment,” and the state will also get better value for money as prices in reference countries are adjusted over time.

He said Ireland was “actively engaged” with its EU colleagues on medicines pricing, noting that in May Ireland, together with Spain, Italy, Greece, Portugal, Cyprus, Malta and Romania, signed the Valletta Declaration, which he said would “allow Ireland to work internationally on the issue of the cost of medicines.”

The signatories to the Valletta Declaration have agreed to work together to explore possible ways to guarantee access to new medicines for patients. This will involve the creation of a technical committee to explore potential areas for cooperation, including information sharing, horizon scanning, possible price negotiations and joint procurement, according to law firm William Fry.

As for biosimilars as a way of keeping down costs, Harris said he believed they were “key to the future of high-tech medicine spending,” and insisted that there were no regulatory barriers to their use in Ireland – even though a promised national biosimilars policy has yet to materialize.

The newly formed generic and biosimilar industry body, Medicines For Ireland, claims that biosimilars still account for just 1% of the total market, and that specific actions are needed to “kick-start switching” to biosimilars, for example including them on the list of interchangeable medicines, setting usage quotas for hospitals, and running information campaigns. (Also see "Medicines For Ireland Lays Out Priorities For Boosting Access To Generics And Biosimilars" - Pink Sheet, 11 Jul, 2017.)

Harris said his department was working on “a policy to encourage biosimilar usage and to help create a sustainable market for these medicines,” and that a public consultation was being prepared “on the back of extensive stakeholder engagement and research on approaches internationally.” The policy should be rolled out by the end of the year, he added.