Recent news of the Ohio State ruling on the opioid litigation trial against Johnson & Johnson shed new light on the complex opioid addiction crisis in the US [1]. Alongside this high-profile trial, a whole host of pending litigations against opioid drug makers have gained momentum, and news of numerous abatement settlements with opioid manufacturers and distributors has made its way into the headlines as well. As part of the funding from the abatement plans goes towards opioid use disorder (OUD) prevention, addiction treatment, recovery services, and more, what does that mean for the clinical landscape of OUD? Will we see an uptick in the clinical pipeline, and if so, what drug makers are involved and how will the increased activity help address the dire need to combat the mounting opioid epidemic?

Trialtrove’s recent addition of “Opioid Use Disorder (OUD)” drives this analysis on the current OUD clinical landscape. The scope of OUD coverage includes 143 clinical trials that have completed since January 2015 or are currently ongoing. This is less than 10% of the pain trials (1,714 trials) that involve at least one opioid analgesic during the same period [2], so clearly there is a large unmet need considering that pain patients are the most at-risk population for OUD. Figure 1 summarizes the top 20 drugs in clinical trials for OUD, which shows mainly a mix of naltrexone and reformulations of buprenorphine. 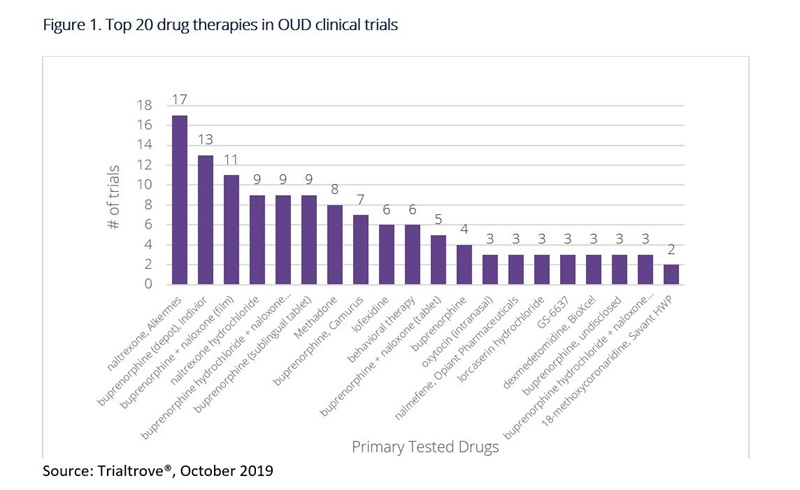 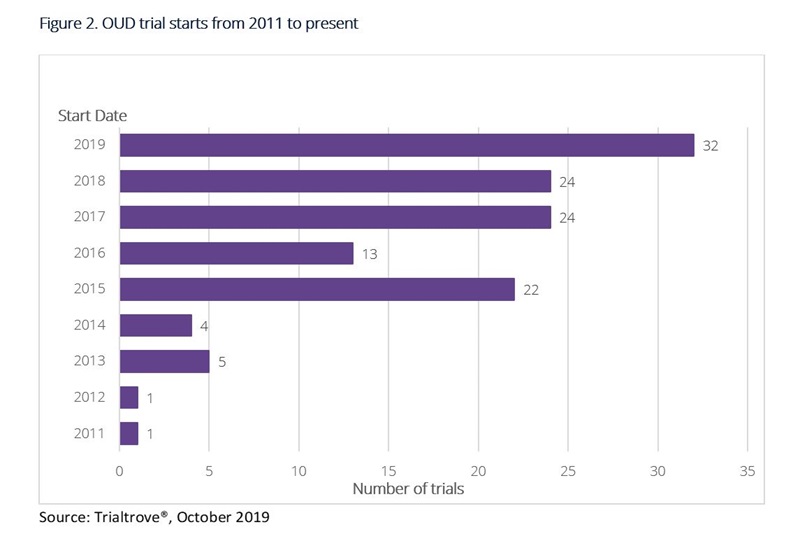 The increase in OUD trial starts parallels the intensity of lawsuits filed over the years, where major opioid drug makers like Purdue, Pfizer, and Endo began settling allegations against their liabilities as opioid abuse and addiction grew. As some of the settlement money goes to fund opioid abuse recovery programs and public education, we see an increase of trial numbers from 2015 to the present day. The Infographic on A Decade of Opioid Lawsuits and Settlements [4] offers a succinct summary of drug manufacturers and their associated lawsuits and settlements going back over the last 12 years.

The sponsors of OUD trials are largely academic, with Indivior, Alkermes, Braeburn, and US WorldMeds being the few sponsors representing the commercial industry. Interestingly, none of the top opioid drug makers (Purdue, Pfizer, Teva, Endo, etc) have left a notable footprint on development since 2015. Figure 3 displays the top sponsors, regardless of sponsor types, that are associated with a minimum of five trials. 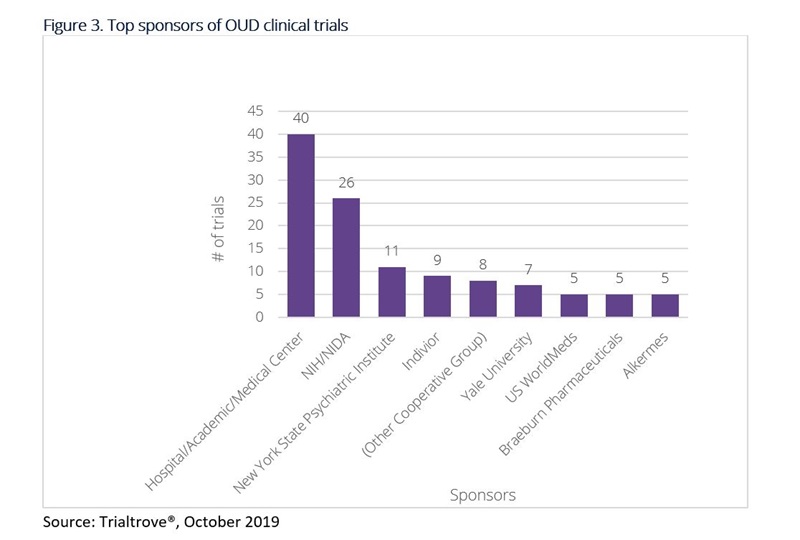 Geographically, almost all OUD trials are taking place within the US, as the sheer scale of the opioid epidemic is unique to this country, where most of the opioid abuse and overdose cases are reported. The distribution of trials in all other countries is spread across several continents. 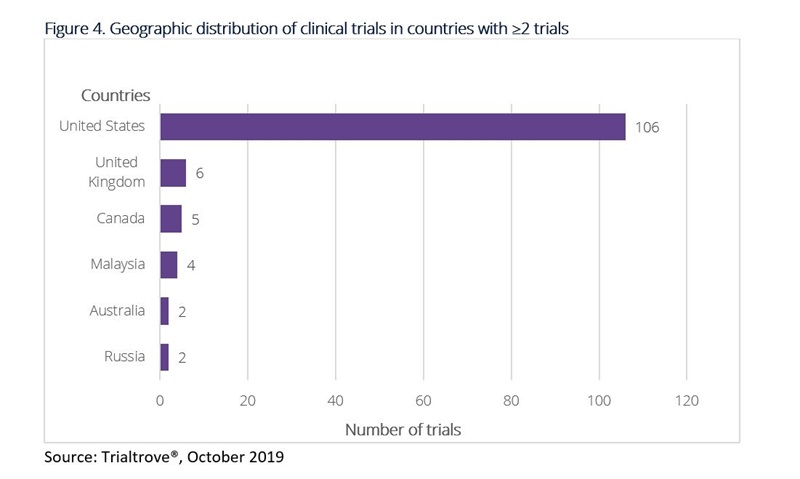 The majority of the OUD trials are attributed to patients with opioid dependence, as opioid dependence is the main target to deter abuse and addiction. A modest number of trials have involved patients experiencing withdrawal symptoms, as this is an inevitable part of opioid dependence treatment. Although less than 10% of the trials are focused on relapse and overdose, these areas also represent unmet needs in the treatment of OUD. 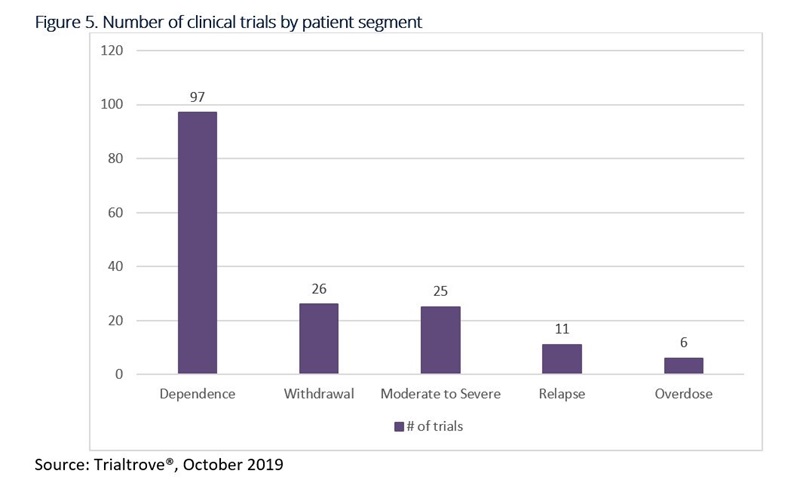 As lawmakers, academics, and drug companies join forces to address the rapidly growing opioid crisis, every move by opioid manufacturers and distributors is under public scrutiny. This recent addition of “Opioid Use Disorder (OUD)” in Trialtrove brings us competitive insight into the clinical development landscape as more resources pour in to the rescue, driving awareness of OUD and offering hope to those suffering from opioid addictions.

[3] Note: Trial numbers are limited to those for which a start date is provided in the public domain. The numbers for recent years may also be impacted by delayed reporting of trial activity.