Research centers are collaborating on projects to find causes of disease; Ampligen, Rituxan and KPAX-002 are only drugs in clinical trials. 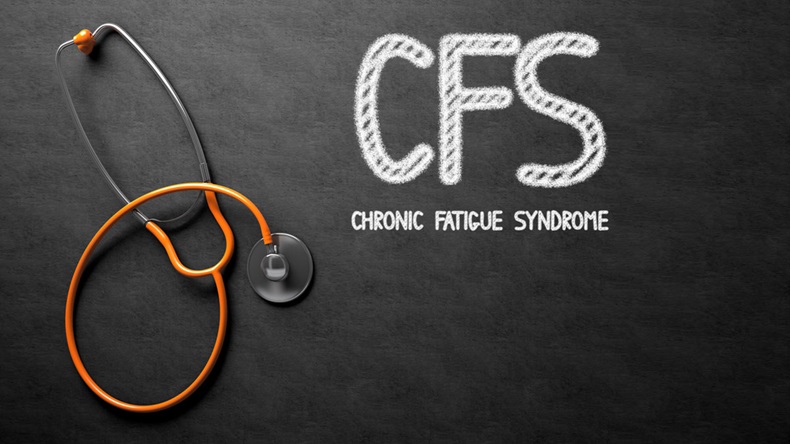 Responding to the pleas of patients, the National Institutes of Health has awarded grants for collaborating research centers to ramp up research in myalgic encephalomyelitis, orchronic fatigue syndrome.

The grants, announced Sept. 27, will provide funding of $7.2m for fiscal year 2017 with additional funding possible in following years. The recipients include three centers that will work together on projects to understand the causes of the disease and a data management coordinating center that will oversee the data the research centers produce.

"This is truly a turning point in our disease space," Zaher Nahle, chief scientific officer and VP for Research at Solve ME/CFS Initiative, a patient advocacy group, said in an interview. The establishment of collaborating research centers is a "signal to the scientific community at large that this is a serious disease we have to understand."

NIH began paying more attention to the disease, referred to as both myalgic encephalomyelitis (ME) and chronic fatigue syndrome (CFS), after the Institute of Medicine issued a report in 2015, "Beyond Myalgic Encephalomyelitis/Chronic Fatigue Syndrome: Redefining an Illness." The authors concluded that the disease is biological and that further study is needed in large numbers of patients to identify subsets and assess the natural history of the disease.

NIH subsequently held a workshop that focused on research done to date, which has provided hints as to what is causing the disease. In some patients, the disease may be triggered by certain infections and it is believed to have an impact on immune and neurological function.

Vicky Whittemore, a program director at the National Institute of Neurological Disorders and Stroke, said that after the workshop patient advocates contacted NIH Director Francis Collins and told him the agency needed to do more. He responded by reinvigorating the Trans-NIH ME/CFS Working Group, which was established in 1999. The group, consisting of representatives from 24 institutes, offices and centers across NIH, considered what could be done to accelerate research. Whittemore, a member of the group, said it concluded that NIH could make the biggest difference by bringing together a collaborative group of scientists rather than providing grants to individual investigators.

The agency put out a request for applications, which required applicants to include patient engagement and community involvement in their proposals. Grants were awarded to Cornell ME/CFS Collaborative Research Center; Center for Solutions for ME/CFS at Columbia University; and Topological Mapping of Immune, Metabolomic and Clinical Phenotypes to Reveal ME/CFS Disease Mechanisms at The Jackson Laboratory in Farmington, Connecticut. Research Triangle Institute in Research Triangle, North Carolina received the grant to serve as the data management and coordinating center.

They will work with two patient advocacy groups, Los Angeles-based Solve ME/CFS Initiative, formerly CFIDS Association of America, and ME Action, based in the UK.

Whittemore said the centers are focused on two major areas of research. One avenue of research will try to determine how the immune system keeps people from getting better once they get an infection. Another focus of research is on the inability of individuals to recover from exercise, a condition known as post-exertional malaise.

CFS is characterized by profound fatigue, cognitive dysfunction, sleep abnormalities, autonomic manifestations, pain, and other symptoms which are made worse by exertion. There are between 836,000 and 2.5 million people in the US who suffer from the disease. IoM noted in its report that many healthcare providers are skeptical about the seriousness of the disease and mistake it for a mental health condition or view the patient as imagining it. This has added to the suffering of patients and prevented or delayed them from getting a diagnosis.

There is no diagnostic test for the disease or any FDA-approved drug. Hemispherx Biopharma Inc.'s Ampligen (rintatolimod) is the most advanced drug candidate but it received "complete response letters" from FDA in 2009 and 2013 in which the agency requested the company to conduct an additional clinical trial. The company reported in an SEC filing that FDA said in its 2013 letter that the data Hemispherx submitted does not provide substantial evidence of efficacy of Ampligen for treatment of CFS and does not provide sufficient information to determine whether the product is safe for use in CFS due to the limited size of the safety database and multiple discrepancies within the submitted data.

In August 2016, Hemispherx received approval of Ampligen in Argentina for treatment of severe ME/CFS. At that time the company said it planned to conduct a confirmatory Phase III trial. (Also see "Hemispherx 'Redoubling' US Efforts On Ampligen" - Pink Sheet, 26 Aug, 2016.)

CEO Tom Equels said in an interview that the company has had several meetings with FDA but has not reached agreement on a protocol. He said Hemispherx would prefer to do a post-market study rather than a Phase III trial and is asking FDA to consider that.

"Our intention is to negotiate a safe and effective meaningful clinical trial with standards to identify endpoints," meet the endpoints, and have assurance of approval if we meet them, he said. "We are moving as aggressively as we can to move to a close. If they insist on a Phase III trial we would probably have to find a co-development partner" unless the trial is focused sufficiently to reduce cost, he said.

Four patients are currently being administered Ampligen at a site in North Carolina under Hemispherx's compassionate care program.

As for the availability of the drug in Argentina, Equels said it will probably be launched there next year. In an August SEC filing the company noted that commercialization in Argentina will require an appropriate reimbursement level, appropriate marketing strategies, completion of manufacturing preparations, including possible requirements for approval of final manufacturing, and most likely additional funds to manufacture the product at a sufficient level.

The CFS community is closely following another drug being studied for treatment of the disease, Biogen Inc./Genentech Inc.'s Rituxin (rituximab). Researchers at the University of Bergen's Haukeland University Hospital in Norway are conducting a randomized, double-blind, placebo controlled Phase III study of Rituxin in patients with ME/CFS. They are also conducting a Phase II study investigating the effect of treatment with the chemotherapy drug cyclophosphamide in patients with moderate to severe and severe to very severe ME/CFS. They expect to publish the results of the Rituxin trial and the cyclophosphamide trial in moderate to severe disease during the first half of 2018.

Whittemore said that from preliminary data it looks like there are clear responders and non-responders to Rituxin. There are no Rituxin clinical trials being conducted in the US.

According to Informa's Biomedtracker database, the only other drug in development is K-PAX Pharmaceuticals Inc.'s KPAX-002, currently in a Phase II study. Chelsea Therapeutics (now H. Lundbeck AS) began a Phase II trial of Northera (droxidopa) for CFS in 2010 but terminated it in April 2011 due to slow enrollment of patients (only three of 10 patients were recruited). Lundbeck said there was insufficient evidence to suggest whether droxidopa would be efficacious in CFS and no report from the trial was generated.

Nahle, of Solve ME/CFS Initiative, said there is a "huge opportunity for the pharmaceutical industry to play a major role" in research and he hopes the NIH funding will incentivize them to do so.

His group is in the early stage of discussions with Rebiotix Inc., encouraging it to study its compounds for c. difficile and irritable bowel syndrome in ME/CFS. The initiative also has a partnership with Metabolon Inc., which is interested in developing a diagnostic test for the disease. They are looking for potential biomarkers that can be used for assays to identify subgroups.

In addition to identifying biomarkers, Nahle said there is a need to develop an understanding of targets that can be modulated for therapeutic advantages.

Whittemore, who attended the meeting, said it provided a broader understanding of the symptoms of the disease, including "brain fog," which she said had not gotten much recognition before the meeting.

She expects the new NIH funding will be another major step forward. "I think we've brought together a critical mass to make inroads in the disease," Whittemore said.