Rising Pharmaceuticals agrees to pay $3.1m, admits to conspiring to fix prices for hypertension drug, and enters into deferred prosecution agreement. Pfizer asks court to be removed from complaint by state AGs. 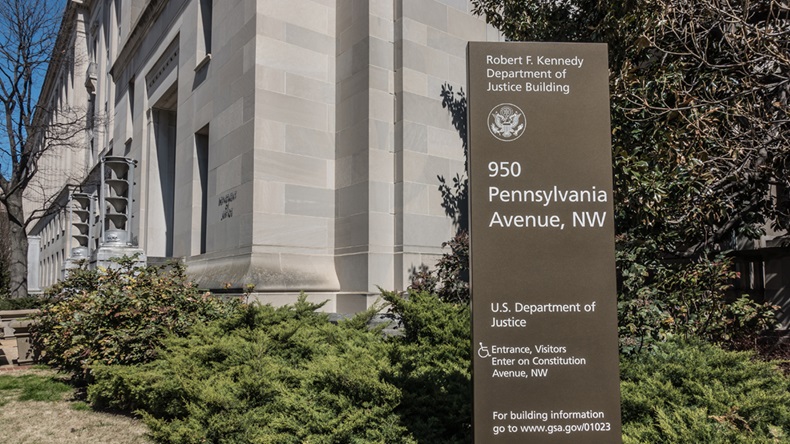 Rising Pharmaceuticals Inc., the former unit of Aceto Corp., is the second company to free itself from a generic price fixing probe that has embroiled more than two dozen corporations and individuals. It was able to walk away with a deferred prosecution agreement due to its bankruptcy proceeding and cooperation with the Department of Justice in the US government's investigation of other generic makers.

Rising's payout of $3.1m in a criminal penalty, civil damages and restitution is a small sum. Other manufacturers may have a harder time reaching such a favorable resolution given their circumstances.

On 3 December, the DOJ filed a one-count felony charge against Rising for participating in a criminal antitrust conspiracy with competing manufactures to fix prices and allocate customers for its hypertension drug benazepril hydrochlorothiazide.

The information charging document states that from April 2014 until at least September 2015, Rising and its co-conspirators discussed the allocation of customers; provided or received specific non-public prices paid by the customers to the existing supplier; submitted offers to and declined requests to submit offers from customers in accordance with the agreement; and sold and accepted payment for benazepril in the US at collusive and non-competitive prices.

Rising entered into a deferred prosecution agreement in which it admitted that it conspired to fix prices and allocate customers for benazepril. The DOJ said it will defer prosecuting Rising for three years, or until its ongoing bankruptcy proceedings become final, whichever comes first. The agreement will not be final until it is accepted by the court.

The DOJ cited Rising's "substantial and ongoing cooperation" with the government's investigation of the generic pharmaceuticals industry as a factor in the deferred prosecution. It said Rising had disclosed information regarding criminal antitrust violations involving drugs other than those identified in the criminal charge and agreement that has "allowed the United States to advance its investigation into criminal antitrust conspiracies among other manufacturers of generic pharmaceuticals."

The DOJ also noted a conviction would result in a substantial delay in Rising’s ongoing bankruptcy proceeding and liquidation.

Pfizer Seeks Removal From State AGs Suit
Rising's agreement comes six months after Heritage Pharmaceuticals Inc. reached a settlement with the DOJ, the first generic manufacturer to do so. It agreed to pay $7.1m to resolve civil allegations and a $225,000 criminal penalty and also entered into a deferred prosecution agreement resolving a one-count felony charge. The DOJ also cited Heritage's cooperation with its investigation. (Also see "Heritage Is First To Settle DOJ Generic Drug Price Fixing Probe; Will Others Follow? " - Pink Sheet, 1 Jun, 2019.)

In addition to the charges against Heritage and Rising, in December 2016 the DOJ charged two former Heritage executives with conspiracy to fix prices and allocate customers.

The government began investigating the generic drug industry in July 2014 when the attorney general of Connecticut issued subpoenas to numerous generic manufacturers seeking information on product pricing. The DOJ's antitrust division began a parallel investigation in November 2014, issuing grand jury subpoenas to generic firms requesting information on pricing and their communications with competitors.

State attorneys general led by Connecticut filed a civil suit against Heritage and five other companies on 15 December 2016, the day after the DOJ charged former Heritage execs. That complaint was amended to increase the number of generic manufacturers to 18 and the number of drugs at issue to 15 and to name two individual defendants. In May 2019, state AGs filed a second complaint against Teva Pharmaceuticals USA Inc. and 19 other generic manufacturers alleging they conspired to artificially inflate and manipulate prices and reduce competition for more than 100 drugs. The suit also names 15 individual senior executives as defendants.

On 1 November, the states filed an amended complaint in State of Connecticut v. Teva, which they say describes conspiracies regarding the sale of specific drugs and how these conspiracies are part of the larger overarching conspiracies.

Pfizer Inc. is among the named defendants in that case, but it objects to being included in the litigation. On 29 November, Pfizer filed a motion to be dismissed from the suit, asserting that it is "improper to name a branded drug company like Pfizer as a defendant solely based on its parent-subsidiary relationship with Greenstone LLC," a generic company.

"Pfizer, so far, has not been mentioned in this litigation for good reason. Unlike every other corporate defendant named to date, Pfizer is a brand-name pharmaceutical company not a generic drug company," the filing states.

The amended complaint claims that Pfizer "acting through its wholly-owned subsidiary and alter ego, defendant Greenstone, entered into agreements with Teva and various other competitors to allocate and divide customers and markets for various generic drugs" and to fix and raise prices and rig bids.

Pfizer says the states do not allege that any Pfizer employees had any communication with any competitor about any topic nor that Pfizer was aware of any purported competitor communications or anticompetitive agreements involving Greenstone.

Judge Denies Defendants' Request To Stay Discovery
The state AG cases have been consolidated with other suits against generic manufacturers in multidistrict litigation (MDL) before Judge Cynthia Rufe of the US District Court for the Eastern District of Pennsylvania. The DOJ is an intervenor in the MDL, In re: Generic Pharmaceuticals Pricing Antitrust Litigation. In addition to the state AGs, other plaintiffs include direct purchasers, end-payers and indirect resellers.

Recently, the defendants struck out in their attempt to stay discovery. They object to a case management order (CMO) requiring them to produce documents that contain certain search terms and filed a writ of mandamus petition requesting review by the US Court of Appeals for the Third Circuit. They filed a motion requesting that discovery be stayed until the appeals court issues a decision.

In a 14 November order, Rufe denied the motion, saying a stay is not warranted.

"Moving defendants attempt to halt the progress the Court has made and disrupt the pace and the content of the administration of the MDL, issues within the sound discretion of the Court, by invoking the extraordinary remedy of mandamus. There is no basis for such action," the memorandum opinion states.

"The question of whether there has been a widespread conspiracy to artificially inflate the cost of many generic pharmaceuticals is an issue that directly affects many Americans, and it is time for discovery to show whether that has occurred," the opinion says. "The Court determined that Plaintiffs have plausibly alleged an overarching antitrust conspiracy; now Plaintiffs must marshal evidence to prove their claims and Defendants must prepare their defenses, and the CMO provides a reasonable way forward for all parties."