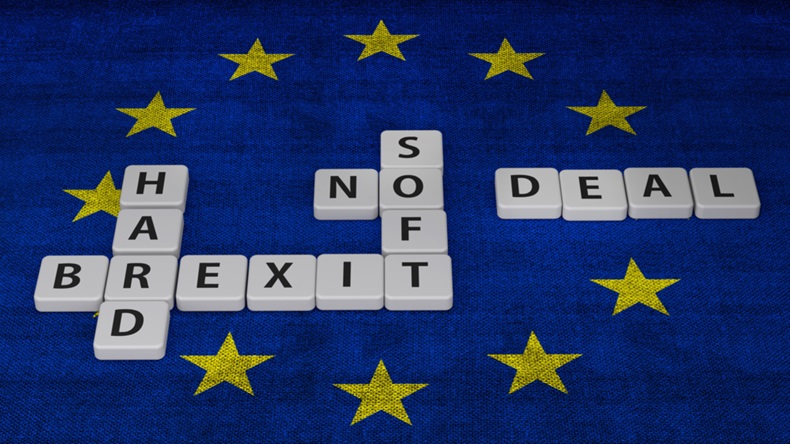 THE BIA WANTS "NO-DEAL BREXIT" OFF THE TABLE

Following the House of Commons’ overwhelming Jan. 15 vote to reject the Brexit deal negotiated with the EU, the UK BioIndustry Association has called on the government to rule out a “no-deal” scenario, which it says would “negatively impact patients, public health and the life sciences sector. “Time is running out, and we really don’t want to see a disorderly no-deal Brexit,” BIA CEO Steve Bates said during a webinar on Jan. 18.

The life sciences industry, like many other sectors, fears the consequences of an abrupt departure from the EU, but has been doing its part to prepare for such an eventuality, including responding to a government request to stockpile an extra six weeks’ worth of medicines supplies. “We have worked hard to prepare for no deal, but not everything can be stockpiled,” Bates said, adding that the industry was still lacking detail on aspects such as the transport systems companies will need to use in a no-deal scenario.

Most members of parliament (MPs) are thought to share the view that a no-deal Brexit would be catastrophic for the country and would like to prevent it, although it is not yet clear what mechanism might be used to avoid what is in effect the default scenario if no deal is reached.

On Jan. 21, prime minister Theresa May published a motion setting out ways in which she would try to find agreement on her Brexit deal, to which MPs have proposed a number of amendments ahead of a January 29 vote on the motion, including allowing time for a bill to give parliament the power to support an extension of the Article 50 period.

"Parliament, in taking back control of the process, could rule out no deal, which would have significant implications for our business" – BIA CEO Steve Bates

Bates noted that after the Commons vote, chancellor Philip Hammond, business secretary Greg Clark and Brexit secretary Stephen Barclay held a teleconference during which, according to theDaily Telegraphnewspaper, Hammond said he believed that a no-deal Brexit could be taken “off the table” within days by a means of a backbench bill, suggesting that such a move might be backed by ministers.

“The reason I think this is important is this is obviously a signal to business from senior ministers of a very unusual constitutional step that may mean that parliament, in taking back control of the process, could rule out no deal, which would have significant implications for our business," Bates observed.

Among the most interesting proposals on the table, according to Bates, is one led by Conservative MPs Nick Boles, Nicky Morgan and Sir Oliver Letwin under which backbench MPs would take control of parliamentary business and rush through legislation in a single day – possibly on Jan. 30 – ruling out a no-deal Brexit.

Noting that under normal circumstances this kind of idea would be “in the world of fantasy,” Bates said that “if any of this were to happen, we would have no deal off the table by the end of January.”

He said: “Our position is that no deal must be avoided. We need a deal to improve the chances of stability and increased certainty for business. We believe there is a parliamentary majority to protect medicines supply to patients, ensure ongoing science and innovation collaboration, cooperation on medicines regulation, and a focus on future trade and customs and borders, and we hope these are reflected in the proposals that may emerge from the discussions.”

But, he added, there is “a long way to go from political discussion in parliament to an agreed future relationship agreed with the EU and that has to be turned into a legally binding, effective and workable future framework.”

On the regulatory front, the BIA’s Laura Collister noted that the UK healthcare products regulator, the MHRA, updated its no-deal Brexit guidance in early January.  (Also see "New UK Drug Assessment Routes Among Latest Measures For No-Deal Brexit" - Pink Sheet, 4 Jan, 2019.) Among the improvements for industry in the updated guidance, she noted that a requirement to have a UK chief investigator as a contact point for the licensing authority had been removed, although she said there was still a requirement for an additional oversight system to verify QP certification of investigational medicinal products imported from the EU/European Economic Area.

Another improvement was the offer from the MHRA of free scientific advice to UK-based small and medium-sized enterprises to support them and help retain R&D in the UK, and a proposal that the initial marketing authorization (MA) application fee for orphan medicines will be refunded at 100% for SMEs and at 10% for all other companies. These provisions will be formalized as statutory instruments, probably towards the end of this week, Collister said.

Under “grandfathering” provisions produced by the government, centrally authorized products (CAPs) will automatically become UK MAs on exit day, although holders will have a short period of time after then to opt out of having a UK MA. Collister said that all companies should have had a follow-up letter on this provision from the MHRA at the beginning of January explaining the actions marketing authorization holders (MAHs) have to take for their products in a no-deal scenario.

The MHRA said in the updated guidance that MAHs will have a year from the Brexit date to provide it with baseline data for CAPs that are converted into UK MAs, and that further guidance on grandfathering would be provided in due course.

In another move, on Jan. 18 the government published its statutory instrument on “serious shortage protocols” (SSPs) that will allow pharmacists broad substitution powers in the event of medicines shortages. (Also see "Pharmacists To Get New Substitution Powers To Tackle Brexit Shortage Risk" - Pink Sheet, 21 Jan, 2019.)

Bates said the BIA had highlighted some concerns around the trigger points for such protocols, when they stop operating, and who signs them off, and also about the automatic substitution of biosimilars. He also pointed out that SSPs are intended to address both no-deal Brexit shortages and those caused by other factors, and that the “key thing is that those rules are likely to continue whether there is a no-deal Brexit or not.”

But Bates also went out of his way to stress that, despite the upheaval over Brexit, the UK life science sector remains strong. UK biotech, he said, was a “resilient ecosystem” and Brexit needed to be seen in the context of the government putting significant new investment into the science infrastructure. The UK was the third largest global cluster for life science companies, a world leader in cell and gene therapy and genomics, and had a “pragmatic regulatory regime with a strong reputation. Some 5,600 companies generate more than £30bn in exports, and “none of this is changed by Brexit,” he declared.