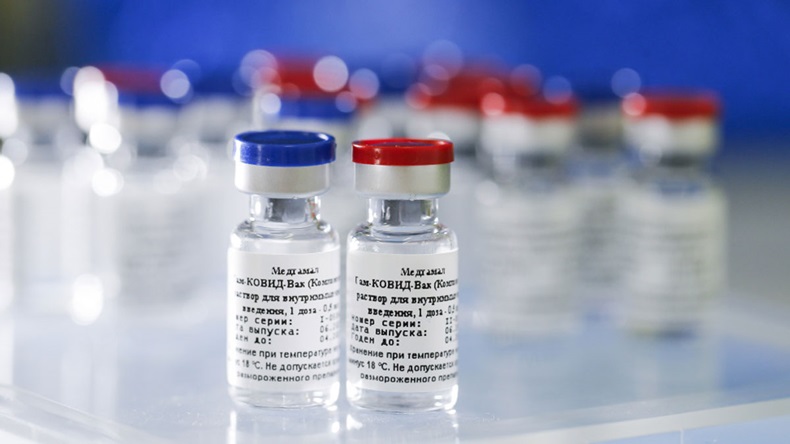 RUSSIA HAS JUST ANNOUNCED A SECOND INTERIM READOUT, EDGING ITS EFFICACY CLAIMS TO OVER 95%.

Russia is preparing its Sputnik V coronavirus vaccine for launch in international markets from January 2021, with the promise of 500 million doses made available to foreign governments at around $10 a dose.

Financed by the state-owned Russian Direct Investment Fund (RDIF), the intention is clear – to provide a lower-cost vaccine for worldwide consumption and undercut Pfizer/BioNTech and Moderna– while also competing on efficacy.

However this outstanding profile will raise serious doubts about Russia’s claims among independent experts. Whether or not international governments are convinced will be seen as procurement deals and immunization programs ramp up in 2021.

Sputnik V became the first COVID-19 vaccine to be approved anywhere in the world when Russia granted emergency use authorization in August, based solely on a Phase I/II study in 76 patients.

The vaccine is unique among the most advanced candidates in combining two distinct adenovirus vectors, contrasting it with single adenovirus vector approaches from AstraZeneca and Johnson & Johnson and using a more-established platform than the messenger RNA platforms of Pfizer/BioNTech and Moderna (Also see "Oxford/AZ Vaccine Hits 70% Efficacy In Phase III Trials" - Scrip, 23 Nov, 2020.)

While the basic science of the vaccine’s developers at Gamelya Center of Moscow looked sound enough (including peer-reviewed publication in The Lancet) the speed of its emergency approval appeared to be led by the Russian government’s wish to be first in the global race to develop a vaccine.  (Also see "Experts Skeptical As Russia’s COVID-19 Vaccine Outshines Pfizer Results" - Scrip, 13 Nov, 2020.)

Those concerns about vaccine nationalism were reinforced two weeks ago when the RDIF announced that its post-emergency use authorization Phase III trials had produced a 92% interim efficacy result.

This arrived just two days after Pfizer/BioNTech released their 90% interim efficacy results – an eyecatching timing and result from Russia which produced widespread skepticism, especially without full data disclosure and peer review, which is promised in 2021.

Efficacy Edges Up – In Step With Pfizer

On 24 November, the RDIF announced a second interim analysis of its Phase III trial, showing efficacy edging up to over 95% 42 days after the first dose, mirroring a similar improvement posted by Pfizer. It also reported no serious safety issues from the ongoing trial aimed at recruiting 40,000 subjects in which 19,000 have so far received both doses. (Also see "Pfizer Is Ready To File Vaccine, With More Good News On Over-65s Efficacy" - Scrip, 18 Nov, 2020.)

The RDIF said it had received requests for more than 1.2 billion doses of Sputnik V from more than 50 countries. The vaccine supplies for the global market will be produced by RDIF’s international partners in India, Brazil, China, South Korea and other countries.

“The Gamaleya Center has developed one of the most efficient vaccines against coronavirus in the world with an efficacy rate of more than 90% and a price that is two times lower than that of other vaccines with similar efficacy rate,” said Kirill Dmitriev, CEO of the RDIF.

Pfizer/BioNTech’s BNT162b2, which is due for review by the US Food and Drug Administration early next month, will cost around $20 a dose. Moderna is charging $25-37 per dose. AstraZeneca has pledged not-for-profit pricing as low as $3 per dose, with J&J making a similar commitment of around $10.

One downside of Sputnik V’s existing formulation is that vials must be kept frozen at -18°C or below when in storage or transportation. This could be a barrier to uptake in some regions of the world, although not as onerous as the -70°C requirements of Pfizer’s vaccine.

RDIF and partners have now launched production of a lyophilized (freeze-dried) formulation of the vaccine. This can be stored at a temperature of +2°C to +8°C, allowing its distribution of the vaccine in international markets, including remote regions and those with tropical climates. Phase II data suggested that this formulation might produce slightly inferior antibody titer levels compared to the frozen version.

Phase III clinical trials of the vaccine are also being conducted in countries outside Russia, including Belarus, the UAE and Venezuela, as well as a Phase II-III study in India.