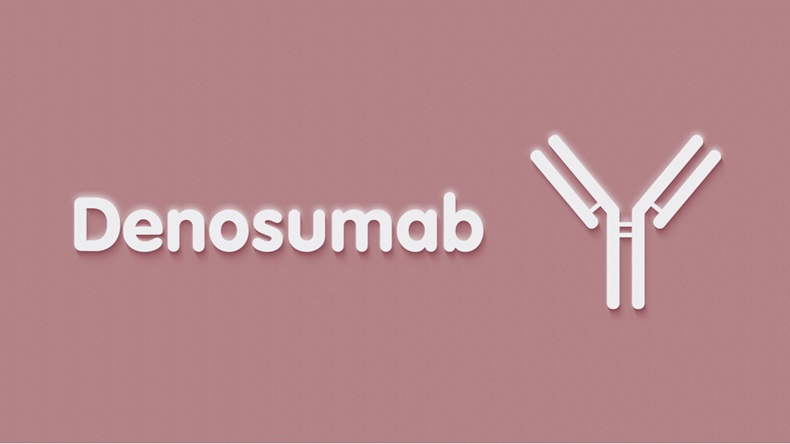 Sandoz has revealed details of a previously unannounced development program for a biosimilar rival to Amgen’s Xgeva/Prolia (denosumab) osteoporosis brand.

Announcing that it had enrolled the first patient in its ‘Rosalia’ integrated Phase I/III study for its GP2411 biosimilar denosumab, Sandoz indicated that the trial would aim to “confirm that the biosimilar matches the reference medicine in terms of pharmacokinetics, efficacy, safety, and immunogenicity in patients with postmenopausal osteoporosis.”

Acknowledging that denosumab is indicated for treating a variety of conditions including increased risk of fractures, treatment-induced bone loss, complications in cancer that has spread to the bone and giant cell tumor of the bone, Sandoz said the osteoporosis indication would be “an adequately sensitive indication” for the trial, “and representative of many patients who are treated with the medicine.”

An entry for the multi-center, randomized, parallel-arm, double-blind study in the ClinicalTrialsregistry shows that it has a target of 522 female participants aged 55-80, with an estimated primary completion date of 28 December 2021 and a final study completion date of 5 July 2022. The comparator reference brand will be EU-authorized Prolia.

Locations for the trial across the US include California, Florida, Kansas, Kentucky, Nevada, Pennsylvania, South Carolina and Texas. “The global clinical program for biosimilar denosumab was developed in consultation with major regulatory agencies,” Sandoz observed, “and the results from this clinical study are expected to support regulatory submissions,” with a US Securities and Exchange Commission filing pointing to filings in both the US and EU markets.

No Link With Biocon Development Alliance

Asked whether the development program was linked to the global biosimilars alliance with Biocon agreed at the start of 2018 (Also see "Sandoz and Biocon strike global biosimilars alliance" - Generics Bulletin, 26 Jan, 2018.), a Sandoz spokesperson told Generics Bulletin that the firm’s denosumab had “no connection to Biocon” and was instead “an internal pipeline project.”

Noting that around 200m people worldwide suffer from osteoporosis, Sandoz said that “by 2050, hip fractures are projected to increase by 240% in women and 310% in men compared to 1990.”

“As we progress our development program for proposed biosimilar denosumab,” said Sandoz’ global head of development for biopharmaceuticals, Florian Bieber, “we believe it gives patients hope for early and expanded access to advanced biologic medicines, which may change the course of their disease."

Sandoz’ disclosure of the denosumab development program came as the Novartis division reported Biopharmaceuticals sales that leapt by a tenth as reported and by 16% at constant currencies to $401m in the second quarter of 2019.

The Biopharmaceuticals unit – which includes Sandoz’ Glatopa (glatiramer acetate) rival to Teva’s Copaxone as well as its biosimilars – was bolstered by “continued strong double-digit growth in Europe from Rixathon (rituximab), Hyrimoz (adalimumab) and Erelzi (etanercept),” with launches in Asia, Africa and Australasia also contributing to growth.

Meanwhile, Retail Generics sales enjoyed constant-currency growth of 2% to $1.903bn, although this translated to a reported slide of 3%.

Excluding the US – where “continued industry-wide pricing pressure was partly offset by a lower prior year base” – net sales grew by 7% at constant currencies.

The figures include Sandoz’ US generic oral solids and dermatology portfolio that it is in the process of selling to Aurobindo. (Also see "Aurobindo snaps up US businesses from Sandoz" - Generics Bulletin, 14 Sep, 2018.)

Sandoz’ operating income was $282m, representing a slide of 14% as reported and 7% at constant currencies. This was due to “higher net changes in legal settlements and higher net restructuring expenses from the announced Sandoz transformation, partly offset by continued gross margin improvement.”

First-Half Figures Show US Slide Of 12%

Meanwhile, Sandoz’ figures for the first six months of 2019 showed growth of 1% at constant currencies to $4.764bn, although this figure represented a drop of 4% as reported.

Of the total, almost three-quarters came from Established Markets that saw sales slide by 5% as reported and by 1% at constant currencies to $3.491bn. Emerging Growth Markets enjoyed a constant-currency rise of 5% to $1.273bn, although this translated to a 3% decline as reported.

Biopharmaceuticals showed similarly healthy growth to the second-quarter figures, with an 8% reported increase to $752m equating to constant-currency growth of 14%.

First-half operating profit dropped by a quarter as reported to $737m, translating to a 17% constant-currency decline.

'Challenging' US Market Has Not Yet Stabilized

Novartis’ CEO, Vas Narasimhan, said the company expected the US environment to remain challenging, but noted that it had raised full-year guidance for the Sandoz unit to low-single-digit growth based on momentum outside the US.

“We're very proud of how Sandoz is performing ex-US,” Narasimhan said. “Within the US, our team continues to work hard in what is a challenging environment.” Acknowledging that once certain one-time effects were removed the US base business was continuing to decline in the mid-teens, consistent with past quarters, Narasimhan added that “we haven't seen yet a stabilization in the core generics business in the US.”

Reiterating that Novartis was “pleased by the Q2 performance” of Sandoz, Narasimhan said that “when you look at it, it was primarily driven by strong performance outside the US, a mix of mostly strong biosimilar performance, but also, I would say, our core generics business, with some recent launches such as fulvestrant and a few others.”

“In the US,” he indicated, “the key will be our upcoming launches, which we hope will be of [biosimilar] pegfilgrastim, potentially as well our inhaled generics, as well as some of the injectable launches we have upcoming.”

For these reasons, he concluded, “we felt comfortable raising the guidance to low single-digit based on that momentum that we're seeing really outside the US.”