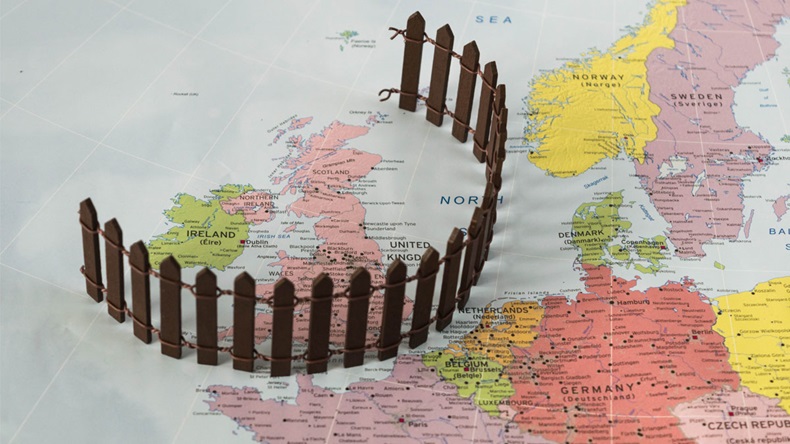 Sanofi, like most Pharma firms, is bracing for a 'No Deal' Brexit

Stockpiling APIs and finished drugs are all part of the contingency planning that Hugo Fry, managing director for Sanofi UK & Ireland, has set in train ahead of the March 2019 deadline for a negotiated settlement under which the UK is scheduled to leave the European Union.

"Because of the nature of the business that we're in, we had to assume it would be a 'Hard Brexit', so we are stockpiling materials and drugs as part of our preparations," Fry told Scrip in an interview.

"The threat of sub-standard standard of care in the UK which is posed by NICE [The National Institute for Health and Care Excellence] not recommending innovative drugs and thus not making them routinely available on the NHS poses a long-term threat to the conducting of clinical trials in the UK." - Sanofi UK & Ireland's Hugo Fry

"In our 'no deal' scenario we assume there is likely to be some teething problems at the custom borders, so we have significantly increased the amount of stock we carry in the UK, both APIs and finished drugs."

"Of course, the biggest  concern is adequate supply of the finished drugs; we tend to hold a lot more API anyway due to the nature of the manufacturing process. And only some, but not all, of our manufacturing in the UK goes all the way from API to finished products. Some of it is secondary manufacturing operations," he explained from his office in Guildford, Surrey, England.

In a wide-ranging conversation Fry, who hails from Newcastle, England but who has had stints with Sanofi around the world, including Russia, the US, France and Germany, lambasted the "poor access" to innovative medicines in the UK, due largely in his view to the lack of prior planning for their use, and contrasted the marked difference to the availability of vaccines in the countries, which he described as "exemplary."

"There is a huge difference in the UK between uptake in medicines and uptake in vaccines. For access to vaccines, the UK is world leading." - Hugo Fry

He said a post-Brexit Britain would need to "up its game" in the area of making cutting edge drugs routinely available on the publicly funded National Health Service, or run the real risk of clinical trials not being conducted there due to low relative standard of care. (Also see "Pharma Backs UK Parliament Report As 'No Deal Brexit' Fears Grow" - Scrip, 17 May, 2018.)

"The threat of sub-standard standard of care in the UK which is posed by NICE [The National Institute for Health and Care Excellence] not recommending innovative drugs and thus not making them routinely available on the NHS poses a long-term threat to the conducting of clinical trials in the UK. And I'm not sure the government has thought that aspect all the way through," Fry said. 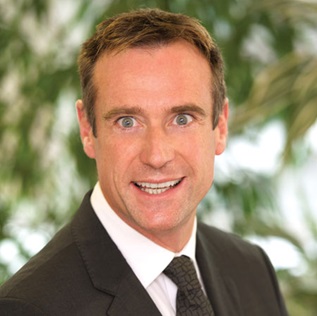 The opposite applies to vaccines in the UK, which is something that can be seen across the Sanofi vaccine portfolio spanning pediatric inoculations to chronic illnesses to orphan drugs.

"There is a huge difference in the UK between uptake in medicines and uptake in vaccines. For access to vaccines, the UK is world leading. It has the best vaccination rate in the world. It protects its nation. It is very quick to implement novel programs for new vaccines.  And existing programs are very well executed,"  he said.

The reason is that access to vaccines in the UK is regulated by the the Joint Committee on Vaccination and Immunisation (JCVI), an independent expert committee which makes recommendations to the Department of Health on vaccines and the UK immunization schedule.

The JCVI operates in a different way to NICE, which is responsible for evaluating all other health technologies, including drugs, medicines, medical devices and other public health interventions. Although the JCVI essentially adheres to the same cost-effectiveness rules as NICE, the mechanisms for reaching JCVI decisions are markedly different. Still, some of its critics say the JCVI's process is much less transparent that that of NICE.

"The reasons why there is such good access in the UK to vaccines is that the government has a very good mindset towards prevention of disease via vaccines, and you also have the system in place. Vaccines are treated separately by Public Health England and they don't go through NICE, they go through the JCVI."

"The JCVI look very carefully and very early at a new product, so even when a vaccine is in a pipeline they begin assessing its therapeutic value and the kind of program that they would put in place to implement a successful vaccination program. They are driven by the desire to ensure the maximum number of people are protected from a vaccine very early on. They design a program very specifically to gain uptake," Fry said.

"NICE is the HTA for medicines, but unlike with vaccines, no-one is really looking how the implementation will be made for use of that particular drug - choosing the best regulatory pathway to get it to the maximum number of patients."

But the difference lies not with how JCVI and NICE operate, but rather between Public Health England and the NHS England, he said.

"Public Health England are very focused on how they can implement a program. NHS England on the other hand don't anticipate how they're going to get a particular medicine used."

"The quadrivalent is now being used; it's innovative, and costs a bit more - but the UK needs to continue to invest in this gold standard because the world looks at the UK and their vaccination rates and it really is a world-leading nation," Fry said.

That contrasts with the uptake in the UK of new drugs.

Lack of action by the UK government could cause the government's industrial strategy for the life science sector to founder, he added.

"The UK government has recently sponsored a life sciences industrial strategy, having the underlying idea that as a consequence there would be many biotechs and university spin-offs sprouting up and support from industry would take innovative drugs forward and create centers of excellence and hubs of expertise, which is all well and good in theory - but if the medicines don't have uptake at the end and are not used by patients in the UK, then that causes issues because conducting clinical trials in the UK becomes problematic because the standard of care there is not the standard of care across the rest of the western world and that creates its own problems. We are definitely concerned about the overall uptake of medicines when we launch a new product in the UK," Fry said.

That could also have a harmful impact on the government's strategy to offer the life sciences sector access to the NHS's huge data resources.

"The prospect of using the NHS's huge data resource is included in the government's life sciences industrial strategy as an inducement for collaboration. But again, if the uptake of innovative drugs isn't there and it doesn't happen then the attractiveness of that data becomes less interesting,"  Fry said.