Sanofi's new CEO has ambitious forecasts for Dupixent in atopic dermatitis, asthma and other indications. The French pharma outlined how it plans to reach that goal despite new competition vying to get in. 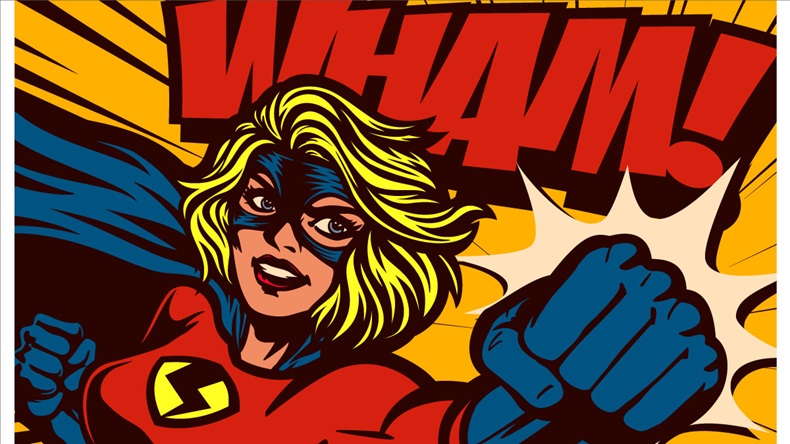 SANOFI IS READY TO TAKE ON ORAL JAKS Source: Shutterstock

Sanofi announced an aggressive €10bn peak sales goal for its blockbuster IL-4/IL-13 blocker Dupixent (dupilumab) as the anchor in the company's growth strategy during its Capital Markets Day presentation on 10 December. CEO Paul Hudson outlined how he expects to build Dupixent into a double-digit blockbuster even with the expected eventual entry of oral JAK inhibitors as competitors.

The forecast includes building in the areas where Dupixent already is approved – atopic dermatitis, asthma and chronic rhinosinusitis with nasal polyps – and expansion into several potential new indications.

Dupixent generated €1.39bn in the first nine months of 2019, so the launch has gotten off to a strong start, but the revised peak sales forecast is still about €2bn more than what some analysts have modeled. Sanofi shares revenues for Dupixent with its partner Regeneron Pharmaceuticals Inc., so the drug needs to be a big seller if it's going to have a significant impact on Sanofi's top line.

The details around Sanofi's plans for growing Dupixent didn't get as much attention coming out of the capital markets day given that Hudson delivered a broad turnaround plan and unveiled big news that the company is exiting diabetes research. (Also see "Sanofi CEO Hudson Delivers An Ambitious Turnaround Agenda" - Scrip, 10 Dec, 2019.) But the biologic dermatology and asthma markets are highly competitive therapeutic areas where a lot of big pharma rivals are heavily invested and paying close attention to how the commercial dynamics evolve.

"This is an extraordinary medicine, and we haven't even started," Hudson said of Dupixent. The new chief executive comes to Sanofi with experience in both dermatology biologics and asthma. He led the successful launch of the mega-blockbuster Cosentyx (secukinumab) in psoriasis while he was pharmaceuticals CEO at Novartis AG. Before that, he led the commercial business in North America for AstraZeneca PLC, a big respiratory player. His confidence in building a biologic powerhouse was evident on stage at Sanofi's investor event.

"I have loved nothing more in my career than outperforming with a biologic versus competition," he told investors.

Going Up Against Orals
Atopic dermatitis remains a large opportunity for growth. While Dupixent has been used in some 64,000 patients, that only represents about 3.5% of the eligible patient population, Hudson said.

Dupxient has almost exclusively had the market to itself since it launched in 2017 as the first systemic treatment for the severe skin disorder. (Also see "Atopic Dermatitis Market Snapshot: The Next Multi-Billion Dollar Opportunity" - Scrip, 20 Oct, 2016.) But that is likely to change in the near-term. Several rivals are chomping at the bit to get into the market, including Eli Lilly & Co. and Pfizer Inc., both with oral Janus kinase (JAK) inhibitors, and Leo Pharma AS, which announced positive Phase III data from three trials with its IL-13 inhibitor tralokinumab on 11 December.

An oral product like the JAK inhibitors in particular, with a solid efficacy profile, could challenge an injectable drug like Dupixent. Phase III data for Pfizer's abrocitinib has shown a competitive efficacy profile versus what has been seen in clinical trials for Dupixent.  (Also see "Pfizer's Abrocitinib Looks Competitive In Atopic Dermatitis" - Scrip, 13 Oct, 2019.)

But Hudson downplayed the competitive threat. "We'll properly put the JAKs in their place," he said. "It will be noisy. It will be complicated, but they will not compete."

A big reason Dupixent will be able to hold its own against oral JAKs, he said, is because of the safety profile.

"I have to believe, not only that we have the definitive efficacy profile, but because of the safety profile it's incredibly difficult for anybody to try and dislodge us," he said. "If your safety profile has zero trade-offs, then you're in the perfect sweet spot."

Global head of R&D John Reed agreed, noting that to effectively inhibit IL-4 and IL-13 with JAKs requires inhibiting JAK1, JAK2 and JAK3, which impacts other receptor signaling. "You get a lot of collateral damage if you're going to go after the JAKs," Reed said.

"That's the beauty of Dupixent. It selectively blocks what we need to block to stop this type 2 inflammation – IL-4, IL-13, nothing else – and that's why we have such an excellent safety track record," Reed said. IL-4 and IL-13 are thought to be the master switches for regulating type 2 inflammatory response, which impacts multiple different cell types.

The JAK class has indeed been associated with safety issues. In rheumatoid arthritis, where JAK drugs are approved, the first one to reach the market, Pfizer's Xeljanz (tofactinib), has a black box warning about risks of infections, malignancies and thrombosis, and safety concerns limited its uptake initially. Lilly's Olumiant (baricitinib) for RA ended up being approved in 2018 at only a lower, less effective dose, due to FDA's concerns over safety. (Also see "Lilly Prices Olumiant For JAK Battle, But Misses Approval For Higher Dose" - Scrip, 2 Jun, 2018.) Its uptake in the US has been limited so far.

Pfizer has invested heavily to develop safer JAKs; in two of the Phase III trials testing abrocitinib there was one case of inflammatory bowel disease linked to treatment with the higher 200 mg dose, but most of the adverse events were mild in nature, including short-lasting nausea and headaches.

Going Younger, Earlier And In New Indications
Sanofi is looking to expand Dupixent in both atopic dermatitis and asthma to younger patients and patients with more mild disease in earlier lines of therapy.

"We're often approved for moderate or severe forms of therapies, but given the safety profile, we think we can go to less severe patients as well over time," Reed said.

Beyond existing indications, the company has also identified areas for expansion. That includes three potential indications in dermatology with estimated submissions in 2021 and 2022: prurigo nodularis, chronic spontaneous urticaria and bullous phemphigold.

In respiratory disease, Sanofi has an eye on a 2024 filing for chronic obstructive pulmonary disease (COPD), though management acknowledged it could be a challenging indication for Dupixent given the heterogeneous nature of the disease. But Sanofi said it will study Dupixent in COPD patients with high eosinophils, where the disease is more likely to be driven by type 2 inflammation.

In other type 2 inflammatory disease, Sanofi is targeting eosinophilic esophagitis, where the company could serve about 48,000 biologic-eligible patients.