A legal settlement with BioMarin means that Sarepta doesn't have to worry anymore about the potential to infringe patents related to exon-skipping DMD therapies. Meanwhile, BioMarin gains some compensation for its ill-fated Prosensa buy. 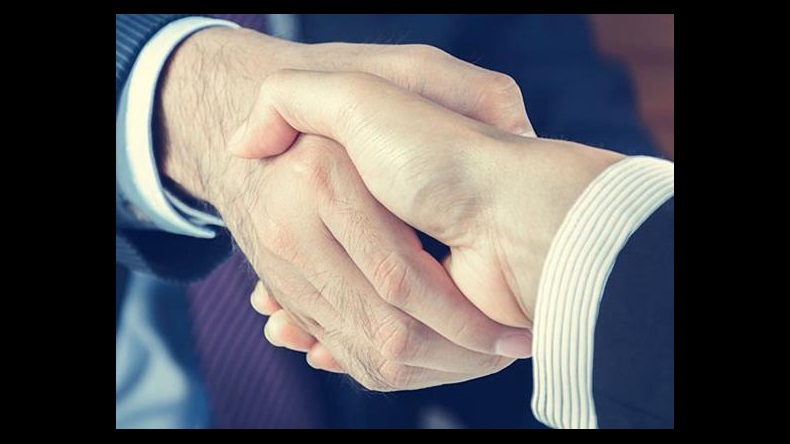 The agreements give BioMarin some compensation for its ill-fated 2014 acquisition of Prosensa Holding BV, which eventually resulted in the purchased company's lead drug candidate for DMD being rejected by the US FDA, leading the acquirer to end development of Kyndrisa (drisapersen) and other compounds. However, BioMarin continues to prosecute the patents issued to Prosensa, which means the company will get some value out of the acquisition now that it's reached a settlement with Sarepta, whose Exondys 51 was approved in the US last year. (Also see "Duchenne Surprise: Sarepta Prices Exondys 51 Below Expectations" - Scrip, 19 Sep, 2016.)

It seems that 35 is Sarepta's lucky number – in addition to paying $35m up front to end its patent disputes with BioMarin, the company reported $35m in second quarter Exondys 51 sales, which beat analyst expectations of $23m. Sarepta's stock rose 14% in after-hours trading to $39 per share on July 19 based on the earnings news after seeing its stock fall slightly on July 18 when it announced the settlement and license agreement with BioMarin.

The companies agreed to end ongoing patent disputes in the US and EU, and signed a license agreement that gives Sarepta exclusive global rights to BioMarin's patent estate for exon-skipping DMD products and drug candidates. BioMarin has the ability, however, to convert the license to a co-exclusive right if the San Rafael, Calif.-based rare disease specialist decides to develop an exon-skipping therapy for DMD.

BioMarin will receive a $35m fee up front and it is entitled to regulatory and commercial milestone fees plus royalties from the sale of any Sarepta-developed DMD drugs that skip exons 51, 45, 53 and potentially other exons. BioMarin will earn a 5% royalty from US sales of such products and an 8% royalty from sales in the EU and other countries where the company and Academisch Ziekenhuis Leiden (AZL) hold patents. AZL has until July 24 to sign off on the settlement and licensing agreement.

Sarepta President and CEO Douglas Ingram said in a joint statement with BioMarin that "these global license and settlement agreements provide Sarepta worldwide freedom to operate for Exondys 51 and our future exon-skipping products." Ingram also noted that resolving the patent disputes with BioMarin "provides us with more certainty to fully focus our resources and energy" on developing DMD drugs around the world.

BioMarin Executive Vice President and General Counsel G. Eric Davis added in the joint statement that the company was glad to reach a settlement with Sarepta "that fairly recognizes the important innovation by the Leiden University Medical Center and allows patients certainty that this issue will not create a barrier to access."

The BioMarin executive's comment acknowledged that Sarepta may not have been able to commercialize Exondys 51 and other DMD therapies in Europe and other regions without resolving the companies' patent disputes. While Sarepta was successful in some of its patent proceedings with BioMarin, the latter company won favor in EU proceedings. (Also see "Sarepta Wins Exon 51 Composition Patent Rights Over BioMarin" - Scrip, 21 Sep, 2016.)

Despite reducing its financial risk by establishing freedom to operate globally, eliminating ongoing patent litigation fees, and preventing a jury from assigning larger royalty fees to BioMarin, Sarepta closed down 3% at $33.89 per share on July 18. BioMarin, which garnered at least a small source of revenue from its Prosensa purchase via the legal settlement and license agreement, closed down 0.4% at $86.67.

BioMarin agreed to pay $680m up front for Prosensa in 2014 with the promise of up to $160m in milestone fees related to rapid approval of Kyndrisa. (Also see "BioMarin to pay $840m for GSK castoff" - Scrip, 24 Nov, 2014.) However, BioMarin ended development of Kyndrisa and three other DMD drugs in mid-2016 after the FDA rejected Kyndrisa and prospects dimmed for the product's approval in the EU. The company said after Exondys 51's extraordinary approval that it was considering an appeal of the Kyndrisa complete response letter, but apparently decided against it. (Also see "Sarepta's Shadow: BioMarin Mulls Turning The Extraordinary Into A Template" - Scrip, 15 Oct, 2016.)

"BioMarin discontinued clinical and regulatory development of Kyndrisa, as well as three other first-generation follow-on products, BMN 044, BMN 045 and BMN 053. We will continue to focus on developing our second generation oligonucleotides for Duchenne muscular dystrophy and other rare diseases. Those compounds are in research, and we are not able to predict the timing of clinical studies at this time," a BioMarin spokeswoman told Scrip.

That leaves Exondys 51 licensing and milestone fees plus royalties as the company's only source of revenue from its investment in Prosensa, at least for the time being.

"Our estimates are under review, but royalty agreement impact [is] likely to be low for both parties. We currently model Exondys 51 worldwide peak sales of ~$1.3bn [in 2024.] Additionally, both SRP-4045 and SRP-4053 are anticipated to enter the market in 2020 generating additional ~$600m [in 2024]. For BioMarin, with a market cap of ~$15bn, the royalty contribution is likely minor to the overall company valuation," Leerink analyst Joseph Schwartz noted in a July 18 report.

While a payday of 5% to 8% of a blockbuster drug's sales may be small in comparison to the rare disease drugs in BioMarin's portfolio, Schwartz noted that the settlement and licensing agreement with Sarepta "is a win for BioMarin, who will receive royalties on a now-discontinued asset … and potentially recoup some of its ~$840m paid in acquiring Prosensa back in 2014."

For the second quarter of 2017 alone, BioMarin should receive $1.75m under the exon-skipping DMD drug licensing agreement based on the $35m in Exondys 51 sales that Sarepta revealed in its earnings report on July 19. The company raised its full-year sales guidance from $95m to a range of $125m to $130m. However, it will take another year or more for Sarepta to bring in any ex-US revenue.

"Our marketing authorization application (MAA) was validated by the European Medicines Agency (EMA) late last year. We expect to get feedback from the [EMA's Committee for Medicinal Products for Human Use (CHMP)] in the first half of 2018. There are currently no filings under review with [other ex-US] regulatory agencies," a Sarepta spokesman told Scrip.