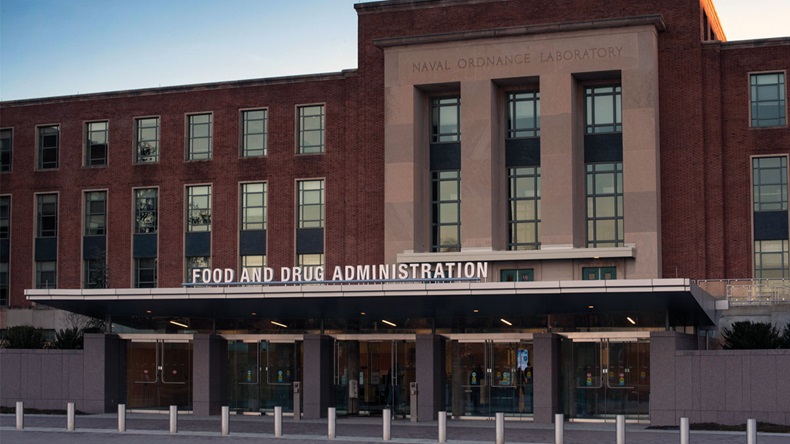 Sarepta expects to deal with the US FDA’s Center for Biologics Evaluation and Research for the review of its gene therapy, AAVrh74.MHCK7.micro-Dystrophin.

The day before, during Sarepta's first R&D day, Ingram said the company would be seeking a meeting with FDA on the product before the end of the year.

"That will require us to talk about the development plan and get their buy-in for our bridging strategy, for manufacturing as well," he said.

Interestingly, Sarepta will not have access to one of its prior champions, but also avoid many of its skeptics, because AAVrh74.MHCK7.micro-Dystrophin would be reviewed by CBER.

Exondys 51, a small molecule drug that was approved for treatment of DMD patients amenable to exon 51 skipping, received a controversial accelerated approval in 2016 from the Center for Drug Evaluation and Research.

But the fallout at FDA was substantial. Then-Office of New Drugs Director John Jenkins accused Woodcock of bias in favor of approval and worried about her much larger involvement in the review than normal. (Also see "Woodcock's 'Bias' In Sarepta Case Made Jenkins Worry About Future Drug Reviews" - Pink Sheet, 31 Jul, 2017.) and (Also see "Woodcock's Consideration of Sarepta Financial Issues Raises Eyebrows" - Pink Sheet, 19 Sep, 2016.)

A Clean Slate This Time?

Indeed, some of the staff involved in the Exondys 51 review have since departed the agency, Jenkins among them. (Also see "Jenkins’ Exit Interview: He’ll Miss Insider Status Upon FDA Departure" - Pink Sheet, 13 Dec, 2016.) But with CBER running the review of AAVrh74.MHCK7.micro-Dystrophin, those who remain, including Woodcock, likely will not be involved. CDER's rare disease staff, which typically works with reviewers unfamiliar with drugs and trials in rare diseases, may consult with CBER reviewers, if needed.

That may mean a mostly clean slate for the company with FDA officials.

Ingram also said in a recent interview with the Pink Sheet that the company has been working to build a better relationship with CDER and the OND Division of Neurology Products – and it will have to go through that review division for its next product. The company met with several FDA officials to talk about the potential accelerated approval for golodirsen, its small molecule targeting DMD patients amenable to exon 53 skipping.

Sarepta expects to complete a rolling NDA for golodirsen by the end of the year with approval expected in 2019.

Analysts and investors are excited for AAVrh74.MHCK7, micro-Dystrophin because initial data from a Phase I/IIa trial showed a mean micro-dystrophin level of 38.2% compared to normal using Sarepta's method and 53.7% using the Nationwide Children's Hospital quantification method, which includes an adjustment for fat and fibrotic tissue. Investors had been expecting a 10% change.

Both were Western blot methods, which was a concern when Exondys 51 was approved. At that time, FDA raised questions about whether Exondys 51 increased dystrophin levels. (Also see "Duchenne Muscular Dystrophy: Second Product Isn't The Charm" - Pink Sheet, 15 Jan, 2016.)

Ingram indicated that with AAVrh74.MHCK7.micro-Dystrophin, the outcome was much different.

"The challenge is we're making so much darn protein, if you want to know the truth," Ingram said during the R&D day. "In our prior Western blots, our standard curve went all the way up to 4%. So, we had a bit of an issue on this one. We've had to come up with a new standard curve to come up to 80%. So, our biggest challenge is dealing with success."

Sarepta is planning a one-year trial that could support registration that would include 24 boys: 12 receiving study drug and 12 receiving placebo. At the end, those on placebo would cross over to study drug.

Using a placebo control is also a change compared to the Exondys 51 development approach. FDA encouraged Sarepta to conduct a placebo-controlled trial, but the company argued that a placebo control was not possible in that setting. (Also see "Exondys 51’s Development: Was Placebo-Controlled Trial Possible?" - Pink Sheet, 16 Nov, 2016.)

Among the likely issues to be discussed during the meeting with CBER will be whether micro-dystrophin can be used as a surrogate endpoint for accelerated approval. Ingram said creatine kinase levels, a biomarker of muscle damage, also could be considered.

"We'll have a better idea what the exact endpoint is for approval once we've first decided for ourselves what we think the right answer is – we're looking at all this really in real-time – and when we've had a discussion with our regulatory agency and we get their view," he said during the JMP Securities conference.

Re-Dosing To Be Explored

Ingram said Sarepta believes the effect of AAVrh74.MHCK7.micro-Dystrophin is durable over time, but still wants to explore the possibility of re-dosing patients.

Typically, re-dosing is not considered with gene therapy, but Ingram said it may be necessary if some boys don't respond adequately or patients live longer and need the equivalent of a booster. DMD patients usually do not survive beyond their early 20s.

"Maybe we have kids that will live until their 30s and 40s and 50s. There may very well be a point in their lives where they're going to need to be re-dosed," he said.

Sue Sutter contributed to this report.