Teva announced lower third quarter sales, said it would miss it's 2017 profit forecasts and acknowledged looming debt challenges. It was only CEO Kare Schultz's second day on the job. 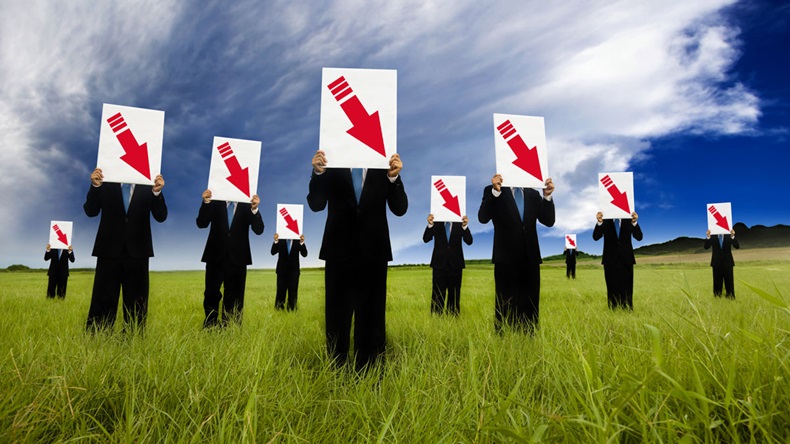 Teva Pharmaceutical Industries Ltd.'s new CEO Kare Schultz isn't exactly easing into the job. It was only his second day at the helm when Teva announced bleak third quarter financials Nov. 2 and revealed that it would miss its 2017 earnings forecasts – again.

Teva's stock opened 14.5% lower at $11.98 Nov. 2 on the New York Stock Exchange, an impressively low price for Teva, and closed 19.8% lower at $11.23. The current stock price is less than half what the stock was trading at following its second quarter financial release, when the stock fell 24% to $23.75. It is 67% lower than the company's stock price at the start of the year.

"We need to build on the company's ongoing efforts to strengthen operations, improve financial performance and reposition Teva operationally and financially," Schultz said in his first public comments to investors.

Schultz – the former CEO of Danish neurology specialist Lundbeck Inc. – is the one tasked with turning around the troubled Israeli generic drug giant. (Also see "Teva Lands A CEO: Can Schultz Replicate Lundbeck Success?" - Scrip, 11 Sep, 2017.) His appointment was announced in September, but he only started Nov. 1. Schultz sat in on the third quarter conference call and offered some limited commentary, but he did not lead the results overview or provide any real strategic insights.

Teva's challenges have only grown in the two months since the company announced Schultz's appointment. FDA approved the first generic version of the valuable 40mg dose of Copaxone Oct. 4, which manufacturer Mylan NV immediately launched. The threat has been looming for some time, but Mylan had warned investors midyear not to expect an approval until 2018, so the news had an unexpected element to it. (Also see "Surprise! Mylan's Copaxone Generic Sets Teva Up For A Struggle" - Scrip, 4 Oct, 2017.)

The launch of a generic is already having an impact on sales of Copaxone, management confirmed during its Nov. 2 earnings call.

"This erosion accelerated significantly last month following a competitor's approval and the launch of a generic Copaxone 40mg in the US," said Yitzhak Peterburg, who has been filling in as CEO on an interim basis since Erez Vigodman stepped down in February.

Teva was already facing generic competition to the daily 20mg version of Copaxone from rival Sandoz Inc. but it successfully switched most patients to the newer 40mg version, administered three times a week. Sales of Copaxone declined 7% to $987m in the third quarter – even before the new generic launch – due to lower sales in the US and a $55m increase in rebate accruals for inventory in the channel as of Sept. 30, following the generic launch.

President-Global Specialty Medicines Robert Koremans said Mylan is offering higher than expected rebates for the generic. "Mylan came in with a lower net price, or higher discount, than any analog or any previous experience would suggest," he said.

The launch of the generic Copaxone led Teva to lower its 2017 earnings forecast, with the company anticipating a $0.30 impact on EPS coming from the launch of a generic competitor to Copaxone 40mg/mL

Teva's generic business has also been challenging, driven partly by increased pricing pressure in the US, and many investors aren't happy the company paid so handsomely to increase its exposure to the US generic market through the $40.5bn acquisition of Allergan PLC's generic drug business in 2016. (Also see "Meet The New Teva: 8% Global Generics Share, 300 ANDAs, 1,500 Launches" - Scrip, 14 Sep, 2016.) The US challenges have come about partly because of a push by FDA to get through a backlog of ANDAs at the agency, which has increased the competition, and also customer consolidation, but some generic drug manufacturers have been managing the challenging environment better than Teva. (Also see "Generic Manufacturers Try To Up Their Game As US Pressure Persists" - Scrip, 16 Jun, 2017.)

The company said it now estimates $400m in revenues coming from new generic launches in 2017, versus earlier forecasts of $500m.

It's not at all clear how Teva might extricate itself from the current crisis, though Peterburg and the board of directors have focused on divesting non-core assets to pay down debt and cutting costs. (Also see "Teva Offloads Women's Health Business To Two Firms For $1.38Bn" - Scrip, 18 Sep, 2017.) The company is hopeful it can build on its success in central nervous system disorders with new drugs like Austedo (deutetrabenazine) for tardive dyskinesia and fremanezumab for migraine, but new drugs aren't going to close the gap created by lost sales from Copaxone.

Shultz hasn't had time to develop a strategy for turning Teva around, but acknowledged the challenges and said he is up to the task.

"I'm confident that the promise of Teva's specialty pipeline, coupled with a disciplined focus on executing key generic launches and the strength and scale of operations, will allow Teva to compete successfully as the global pharmaceutical industry continues to evolve," Schultz said.

"We need to build on the company's ongoing efforts to strengthen operations, improve financial performance and reposition Teva operationally and financially," he said. But Schultz said he will need more first-hand experience at the company before delivering a detailed solution. Stabilizing Teva's debt burden, operating profit and cash flow will be top priorities, he said.

The company's debt balance was $34.7bn as of Sept. 30, the company reported. Management was asked by analysts if Teva will be able to maintain its investment-grade credit rating. Interim CFO Michael McClellan responded, "We enjoy an active and open dialogue with our credit agencies, and we'll continue to work with them as we consider and prepare for all foreseeable scenarios."

"We have some important decisions to make in order to stay investment grade," he added.

Teva reported third quarter revenues of $5.6bn, up 1% in the third quarter versus the year-ago period, benefiting from one additional month of Allergan generics in the current period. Non-GAAP gross profit fell 12% to $3bn, resulting partly from lower margins in the US generics business, the firm said.