Payers Must Brace For Coming Wave Of Cell And Gene Therapies 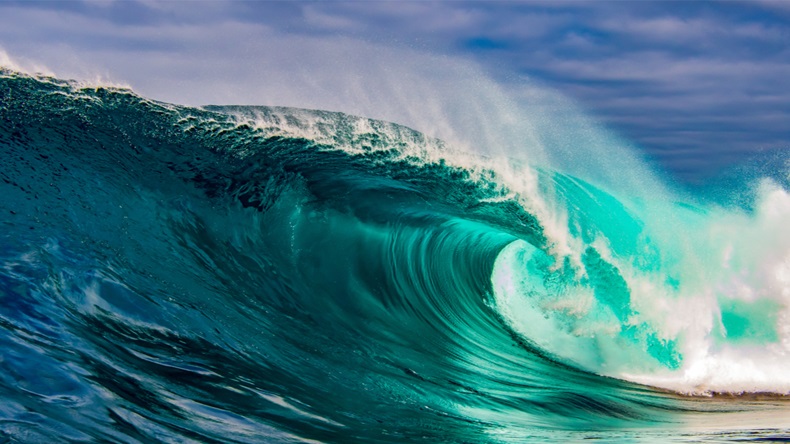 When cell and gene therapies were coming as one at a time, initially for rare diseases, the impact on payers could be minimized. But now that a big wave of regenerative medicines for a wider array of diseases is hitting the commercial market, they could have a significant impact on the bottom line, companies acknowledged during the Alliance for Regenerative Medicine's (ARM's) recent Cell and Gene Meeting on the Mesa.

Given the complicated nature of these products, cell and gene therapy developers emphasized the importance of engaging with payers early and often to explain why a particular product is worth a health plan's or public payer's investment. Therapies with complex administration combined with significant pre- and post-treatment care can add to the product's price tag,but may also provide life-saving benefits to patients and reduce overall health care costs. (Also see "Progress Being Made With Cell And Gene Therapy Market Access, But Challenges Remain" - Scrip, 8 Oct, 2019.)

Enzyvant Sciences Ltd., for instance, expects US Food and Drug Administration approval for RVT-802 in pediatric congenital athymia before the end of this year. But the Roivant Sciences Inc. subsidiary understands that while its treatment for an ultra-rare disease isn't a big budget line item on its own, it adds to the coming flood of new cell and gene therapies for payers.

CEO Rachelle Jacques said in an interview with Scrip that in Enzyvant's pre-approval discussions about its tissue-based therapy "it was interesting to see payers having a very adverse reaction to comments of 'Oh, it's a small patient population, so it won't hurt your budget.' I think that's an old argument we need to be sensitive to … we do have to recognize it's a tidal wave coming for payers."

Spark Therapeutics Inc. chief commercial officer Ron Philip also pointed out during a commercial trailblazers session at the meeting that one or two cell or gene therapies probably aren't problematic for payers. However, Philip said, health plans and public health agencies will have to figure out a longer-term economic model to handle the increasing number of regenerative medicines on the market. "If the value is there, we benefit from that," he said.

Enzyvant's early talks with payers about the value of RVT-802 have been fruitful, Jacques said, noting that "we start the discussions at different places and a lot of them are coming to the same conclusions."

The Meeting on the Mesa, held 2-4 October in Carlsbad, CA, offered multiple opportunities for companies with products on or nearing the market to talk about how they are working with payers to illustrate the complexities and the benefits of their therapies.

Novartis: A Pioneer In Cell And Gene Therapy Market Access
In anticipation of launching its cell and gene therapies, Novartis AG was able to craft favorable reimbursement deals – both outcomes-based agreements and payment via installments over multiple years – based on conversations with payers that began months before approvals for the leukemia and lymphoma treatment Kymriah (tisagenlecleucel) and the spinal muscular atrophy (SMA) gene therapy Zolgensma (onasemnogene abeparvovec).

Kymriah is one of only two chimeric antigen receptor T-cell (CAR-T) therapies approved in the US; the other is Gilead Sciences Inc.'s Yescarta (axicabtagene ciloleucel). Both are one-time, autologous products in which T-cells removed from patients are genetically engineered to target the antigen CD19 on cancer cells.

Kymriah launched with a list price of $475,000, but Novartis pursued outcomes-based contracts and indication-based pricing from the start. (Also see "Novartis Beats CAR-T Competitors To The Pricing Punch With Kymriah Approval" - Scrip, 31 Aug, 2017.)

"Novartis rolled this out to all of the hospitals participating in the Kymriah network and we continue to offer it today," John Coombs, patient access lead for Novartis CAR-T therapies in the US, said in a panel on novel payment arrangements. For pediatric patients who don't respond to treatment by a certain time, the company won't bill the hospital for Kymriah.

"The hospital agrees not to bill a third-party payer and therefore this agreement extends to all third-party payers; so commercial payers benefit from it, Medicare benefits and Medicaid benefits," Coombs said.

He advised: "if you're going to be thinking about any kind of outcomes-based approach, start running it by your stakeholders – start to talk with them early." (Also see "Early Engagement On Outcomes-Based Deals Helps Unlock EU Access To Kymriah" - Pink Sheet, 11 Sep, 2019.)

Later he added, "understand your patients and how they move through the health care system and see which [pricing and reimbursement] option may be best for your therapy."

Doctors also spoke about the unique challenges of CAR-T therapies. Specialists involved in CAR-T programs at the University of California, San Diego (UCSD) and City of Hope in Los Angeles noted in a session about their experience with the treatments that managing potentially severe side effects – primarily cytokine release syndrome (CRS) and neurotoxicity – requires specialized care teams.

"These are the sickest of the patients that we have; these are the patients who are dying from a hematological malignancy and they need tremendous amounts of support," said John Zaia, director of the Center for Gene Therapy at City of Hope. He noted that these patients need a lot of care before and after CAR-T therapy, because they're already suffering from neutropenia, B-cell deficiency and many other side effects from prior lines of treatment and their disease.

Dimitrios Tzachanis from the UCSD Blood and Marrow Transplant Program noted that patients aren't admitted for CAR-T treatment unless the hospital has a neurologist trained in the treatment of CAR-T-induced neurotoxicity available. Also, a bed in the intensive care unit (ICU) and ICU staff trained to treat CRS and neurotoxicity must be ready for the patient. However, none of this is lined up until the payer that covers the patient has approved treatment with a CAR-T therapy.

Nevertheless, Tzachanis said he's never had a patient who progressed after several prior treatments and was essentially cured by CAR-T therapy complain about the complexity of their care – even individuals who spent a few days in the ICU due to severe neurotoxicity.

Luxturna: A Gene Therapy Administered In Special Centers
Like Kymriah and Yescarta, which must be administered in certified cancer treatment centers, Spark's Luxturna (voretigene neparvovec) also must be administered at specialized eye surgery centers. Luxturna was approved in the US in December 2017 to treat patients with biallelic RPE65 mutation-associated retinal dystrophy, an inherited form of blindness. (Also see "Spark's Luxturna Approval Ushers In A New Gene Therapy Era" - Scrip, 19 Dec, 2017.)

The treatment is delivered by a subretinal injection, which must be administered by surgeons at centers where retinal specialists are available to deliver supportive care, Spark's Philip explained at the meeting.

"We used the benefits of the 21st Century Cures Act to be able to go early to the payers, probably six to nine months [ahead of approval] with some of them, and just have dialogues and try to explain to them" how Luxturna should be delivered and the benefits the treatment provides, including improved vision and the prevention of blindness. (Also see "Industry Communications With Payors: US FDA Okays Info On Investigational Drugs" - Pink Sheet, 19 Jan, 2017.)

"It was multiple engagements to try to get them comfortable with each one of those facets and to be able to get them to that point where we were able to get that feedback that was relevant," Philip said. "That feedback was enormously important for us to kind of shape the package or the set of solutions that we needed to put forward. I would recommend to anybody that is going to be launching, go early, talk to them and try to absorb that feedback."

That early engagement with payers is important, Philip noted, because reimbursement decisions are not going to be the same for every cell and gene therapy. Drug developers will have to make the case for specific products based on the standard of care for the disease they're treating, the specifics of their therapies and many other factors, he said.

Spark spent a lot of time talking publicly about the potential $1m cost of its therapy prior to Luxturna's approval before settling on its $850,000 list price (see sidebar).

Enzyvant's RVT-802: A Complicated Complex Therapy
Enzyvant's RVT-802 has a slew of peculiarities that only starts with its ultra-rare patient population – 20 children in the US each year with congenital athymia, versus 1,000-2,000 patients with biallelic RPE65 mutation-associated retinal dystrophy for Luxturna.

It's also manufactured at a single good manufacturing practice (GMP)-certified site at Duke University, where RVT-802 originally was developed for congenital athymia associated with DiGeorge syndrome and other diseases. SC098187

Contributing to RVT-802's unique challenges, athymia patients are born without a thymus, so they don't produce normal functioning T-cells and suffer from severe immunodeficiency that usually leads to death around 24 months of age due to their susceptibility to infections. That means when patients travel for treatment with RVT-802 they require special medical flights, because they can't risk exposure to infection on commercial flights.

Also, athymia patients must be well when they're treated with RVT-802, so they require significant pre-implant care. Post-implant care at Duke and at home is extensive as well, because it takes several months for patients to generate enough T-cells to effectively fight infections and other illnesses.

However, the implantation itself is not difficult, Enzyvant CEO Jacques said, and survival to date far exceeds the natural history for these young patients.

"We have 90 patients in our data set that have been treated over time at different time intervals with the oldest patient who is 26 years old, so we have 25.5 years of data for her," Jacques said.

The one-year survival rate for RVT-802 is 75% and overall survival is 72%, so early efficacy largely is preserved over time. The median follow-up is eight years.

So far, she said, payers are open to Enzyvant's outcomes-based proposals, which the company hopes will remove any barriers to access for athymia patients and enable rapid treatment with RVT-802.

"The patients are in a situation where it's a ticking clock for them, so every day that goes by that they don't get treated is a day that they're at risk, so we're keeping that sense of urgency in mind," Jacques said.