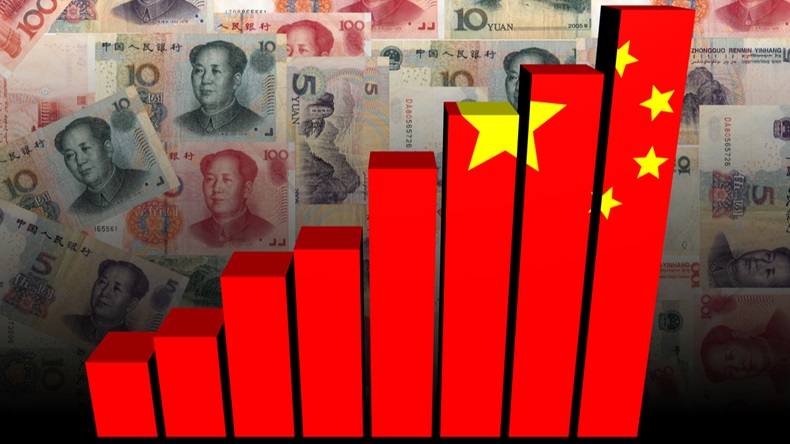 Roche's third-quarter earnings show that sales in its International region, which includes China, grew 20% in the period, boosted by an expansion in coverage for its anticancer drugs.

The stellar performance was “mainly driven by significantly increased numbers of patients benefiting from Roche cancer drugs in China with strong sales of Herceptin (trastuzumab), Avastin (bevacizumab) and MabThera/Rituxan (rituximab), as well as the uptake of Perjeta (pertuzumab) and Alecensa (alectinib)”, said the Swiss firm, which reported its China sales alone grew by 53% in the three months ended 30 September.

In this market, an update to the national reimbursement drug list (NRDL) - which added more than a dozen oncology products - generated unusually strong sales for the first three of these anticancers.

The growth followed the trend in the first two quarters, when the firm's China sales surged by 64% and 58%. Given its focus largely on oncology and anti-infective products, Roche has so far been unscratched by the massive “4+7” centralized bidding process in major cities, which has mainly affected cardiovasculars, antivirals and certain cancer drugs.

On the heels of the strong sales, the Swiss firm opened on 21 October its new Shanghai Innovation Center in the city's Zhangjiang Hi-tech park. The third major Roche R&D center after those in Basel in Switzerland and San Francisco in the US, the new facility is tasked to focus on research and early discovery in the immunology, anti-inflammation and antiviral areas. It also serves as Roche’s main research center globally for hepatitis C.

Although Novartis also had no products among the 25 included so far in the 4+7 scheme and subsequent expanded procurement round, that could change as the initiative expands, cautioned executives. In effect, the three newer products were among the company's five main growth drivers in China, president of Novartis Pharmaceuticals Marie-France Tschudin told the company’s 22 October earnings call.

“Entresto is actually the best primary launch ever [in China]. And we do expect to see NRDL listing in Q4. So that should be a big opportunity for China. Cosentyx is also off to a great start, but obviously maintaining patients on an out-of-pocket setting is a challenge. So it is a priority for us to get NRDL listing also in 2020.”

Novartis has set its sight on new product launches to drive growth in the world's second-largest pharma market. Focusing on new drugs is reaping rewards as China starts embracing innovative therapies, fueled by increasing patient demand for newer treatments and the extension of reimbursement coverage via national drug pricing negotiations.

To that end, Novartis in September divested its production facility in Suzhou to Zhejiang Jiuzhou Pharma. Constructed in 2006, the site was the company’s active ingredient manufacturing base for leukemia and hypertension drugs.

“That fits with our overall belief with the 7+4 initiative - expand out of older medicines and free up resources to launch new medicines. We want to be well positioned with all our portfolio available in China and ready to launch," commented CEO Vasant Narasimhan during the investor call.

Novartis’s Gilenya (fingolimod) gained approval in China for relapsing forms of multiple sclerosis in adults and children 10 years and older, and is expected to fuel further growth. Multiple sclerosis is categorized as a rare disease in China with an estimated 30,000 patients. It is also listed as one of 121 rare conditions in China's first-ever National Rare Condition List, under which treatments are slated for accelerated reviews and approval and reimbursement consideration.

Outside China, Gilenya is Novartis's second-largest selling drug with $829m sales in the quarter.

The company's chief medical officer John Tsai noted that 24 new Novartis products across nine new molecular entities have gained approval in China in the past two years. “We put a significant effort into China. And moving forward between now and 2023, we expect to have 50 NDA submissions. So in total, with that combination, it's over 70 NDAs.”

Coverage Fuels Growth: AZ
AstraZeneca PLC has been growing for five quarters in a row, driven by part by China and emerging market sales. Sales in the latter category grew by 29% and accounted for 39% of total group sales in the quarter. China sales were even stronger, up by 40% to $1.28bn in the three months.

“China delivered a very strong performance again this quarter with 37% growth in the year-to-date, with the new launches continuing to take effect. The preliminary NRDL update added Kombiglyze (metformin and saxagliptin) to the list as well as removing reimbursement restrictions for some of our Respiratory medicines including Symbicort (budesonide and formoterol fumarate),” noted Ruud Dobber, president of the Biopharma business unit.

Executives of the UK drug maker also shrug off the negative impact of the 4+7 and expanded centralized procurement scheme, maintaining a double-digit growth goal for the year.

AZ did not win the bid for one of its large-selling products Crestor (rosuvastatin), due to cut-throat competition. The previous winner Jingxin Pharma had hoped to score again for rosuvastatin by slashing its previous winning bid by 46%, but still lost out this round. The eventual winner Hisun BioRay Biopharmaceutical Co. Ltd., Lek Pharma and CP Tianqin had bids that were a huge 74%, 71% and 62% respectively below Jingxin’s earlier winning levels in the 4+7 scheme.

Although AZ managed to win its bid for lung cancer drug Iressa (gefitinib) in the first two rounds (one for 11 major urban markets and the other for  27 provincial markets), the associated price reductions have been steep. To win, the company cut the prices by 75% to edge out competitors. Facing domestic generics and price free-falls, AZ executives predict that future sales in China won’t continue to grow like now.

“So I don't think that these two product sales will go down but I don't think it [pressure] will disappear,” AZ China president Leon Wang said during the call. He noted that several products from the firm had been included in the NRDL, among them Brilinta (ticagrelor), Symbicort and Pulmicort (budesonide).

Farxiga (dapagliflozin), Lynparza (olaparib; newly launched for ovarian cancer) and Evrenza (roxadustat) are also in the process of being included in reimbursement coverage in China. First approved in China globally, roxadustat was cleared for the treatment of patients with anemia from chronic kidney disease receiving dialysis. (Also see "First Approval For AZ's Roxadustat With China Green Light" - Scrip, 18 Dec, 2018.)

The performance of newer products is giving a buffer for comfort. Tagrisso (osimertinib) has already been included in the NRDL as a second-line therapy for non-small cell lung cancer, and in August the targeted therapy gained Chinese approval for first-line use in the EGFR mutation-positive form of this disease. AZ oncology grew by 67% in the first nine months.

Becoming the first PARP inhibitor to be launched in China, Lynparza contributed $101m to the Emerging Markets sales in the quarter, said the company.

In the pipeline in China are the anti-PD-L1 immuno-oncology drug Imfinzi (durvalumab) and a triple combination for chronic pulmonary obstruction disease, and the local commercial team is getting ready for the launch of these products.