The current state of amyloid targeting treatments in Alzheimer’s Disease was reviewed in another Citeline blog, but here, we will zoom out to look at the overall landscape and also provide a preview of our upcoming presentation which will be delivered at the SCOPE conference taking place February 23-25 in Miami, FL.

Alzheimer’s is the most common form of dementia, and accounts for 60% to 80% of dementia cases. [1] The disease is a significant public health problem, and the prevalence of the disease continues to grow. Datamonitor Healthcare® estimates 9.5 million prevalent cases of Alzheimer’s across the US, Japan, and five major EU markets (France, Germany, Italy, Spain, UK) in 2014, and forecasts it will increase to 14.8 million by 2034. [2]

Based on these projections, research in this area is imperative and, according to Trialtrove®, there are over 90 active Phase I/II-III industry sponsored trials involving early stage Alzheimer’s patients. Trial activity is greatest in the 7 major markets (US, UK, Germany, France, Spain, Italy, Japan), while disease prevalence is highest in China and the US (Figure 1). 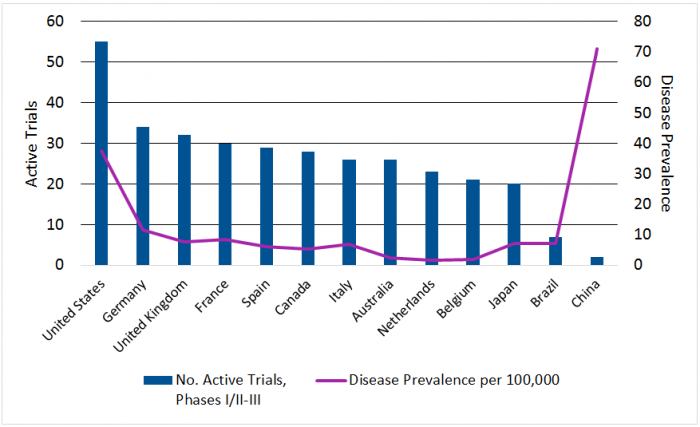 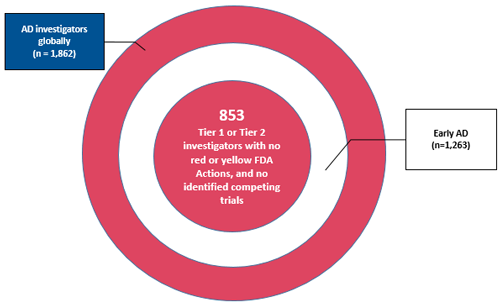 As depicted in Figure 2, there are 853 Tier 1 and Tier 2 investigators with direct experience in early Alzheimer’s, no FDA regulatory actions, and no identified, competing early Alzheimer’s phases I/II-III industry sponsored trials. The greatest number of Tier 1 and Tier 2 investigators are found in the United States (332), followed by France (135), then China, Canada, and Germany, each with 41. Low trial activity, high disease prevalence, and top investigator experience are found in Brazil and China, so it may be worthwhile to consider these countries for future Alzheimer’s trials (Figure 3). 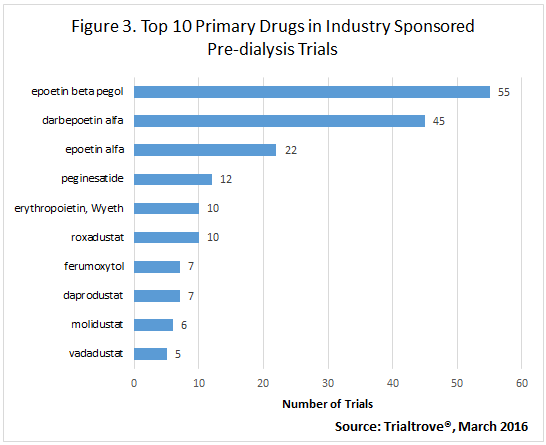 Alzheimer’s Disease prevalence continues to grow, and there is an increased demand for early stage Alzheimer’s research. Data-driven approaches to country, site, and investigator selection, and using the highest quality data available, ensures the greatest potential for success. Do you have access to the best data to drive your critical clinical trial decisions?

For more details, be sure to see Citeline’s sponsored presentation, “Integrating multiple data sources to optimize site selection in Alzheimer’s Disease” on Wednesday, February 24th at SCOPE in Miami, FL.