Tmunity launched in early 2016 with $10m in seed funding for novel T-cell therapies, two of which are now in the clinic. The company reunites former Novartis cell therapy head Oz Azam and CAR-T researchers from the University of Pennsylvania. 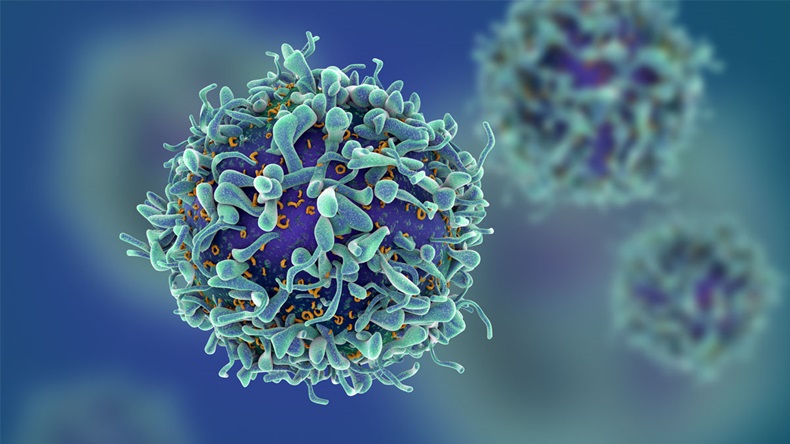 Tmunity Therapeutics Inc. launched in early 2016 with $10m to develop next-generation T-cell therapies, but was operating in stealth mode until Jan. 23 when it emerged with a $100m Series A venture capital round, two clinical-stage programs and aspirations to start at least one more trial in 2018.

The Philadelphia-based company reunites Usman "Oz" Azam, former head of Novartis AG's cell and gene therapy business unit, with high-profile researchers at the University of Pennsylvania(UPenn), including Carl June. The UPenn scientists are running the first two studies for Tmunity's lead T-cell therapy candidates while continuing to work with Novartis on chimeric antigen receptor T-cell (CAR-T) therapies, including Kymriah (tisagenlecleucel) – the first CAR-T therapy approved in the US. (Also see "A New Industry-Academic Model: Novartis And Penn Make A Splash In Cancer Immunotherapy" - In Vivo, 26 Nov, 2012.)

Tmunity raised $5m in seed funding from UPenn and another $5m from Lilly Asia Ventures, which the start-up revealed in early 2016. (Also see "VC Round-Up: Microbiome Focused Lodo, T-Cell Firm Tmunity, And More" - Scrip, 15 Jan, 2016.) Afterwards, June and his UPenn colleagues and Tmunity co-founders – including Bruce Blazar from the University of Minnesota – reached out to Azam to consider leading the company's work to improve upon and expand the capabilities of first-generation cell therapies, including expanding CAR-T's use from hematological malignancies into solid tumors.

The company's first clinical trial is for a prostate cancer T-cell therapy targeting prostate-specific membrane antigen (PSMA) – one of just a handful of CAR-T therapies for solid tumors in the clinic.

The second trial, which is so new its hasn't recruited its first patient yet, will test a T-cell receptor (TCR) therapy that uses CRISPR gene-editing technology to alter T-cells engineered to target NY-ESO-1 on cancer cells for the treatment of melanoma and myeloma. The therapy involves editing out specific components of the T-cell receptor, introducing the new TCR target NY-ESO-1 and removing PD-1 inhibition.

"It's very early days, super exciting, but safety [is] first and foremost the aim of that trial to try and see, can you actually treat someone safely and effectively with a CRISPR-based technology," Azam said.

The CRISPR gene-edited CAR-T is backed by the Parker Institute for Cancer Immunotherapy, an organization established in 2016 with $250m from Napster founder and early Facebook backer Sean Parker's Parker Foundation to fund and facilitate immunotherapy collaborations between researchers, institutions and industry.

The Parker Institute is one of Tmunity's Series A investors, along with seed funders UPenn and Lilly Asia Ventures. Parker was joined by other new investors Gilead Sciences Inc., which has a major stake in CAR-T therapies after its $11.9bn acquisition of Yescarta (axicabtagene ciloleucel) developer Kite Pharma Inc. last year; Ping An Ventures, the venture arm of the world's largest insurance company and a Lilly Asia Ventures limited partner; and Be The Match BioTherapies, the venture philanthropy arm of the National Marrow Donor Program/Be The Match. (Also see "Gilead Makes Cell Therapy The Base Of Its Oncology Platform With Kite Buy" - Scrip, 29 Aug, 2017.)

"We have an exclusive with the University of Pennsylvania on a number of platforms and programs and targets – CAR-Ts and TCRs," Azam said.

He noted that UPenn is running the initial Phase I studies that, if successful, will support moving the programs into multi-center trials. Tmunity is also spending its Series A cash to build a process science team, which will focus on manufacturing from the manufacturing facility the company leased in Norristown, Penn.

"We're actually, for a start-up situation, a little bit unusual, but we have a lot of building blocks that typically a company at this stage wouldn't have," Azam noted.

However, it's a strategy that mirrors Novartis' strategy in building up its CAR-T therapy portfolio. The company invested early in manufacturing to make sure its complex cell therapies could be produced in a reasonable time frame for clinical trials and commercial use. (Also see "Companies Clearing Cell And Gene Therapy Manufacturing Hurdles" - Scrip, 12 Oct, 2015.)

Tmunity's first programs are autologous treatments, manufactured from patients' own T-cells, but the company also is investigating allogeneic therapies based on donor cells.

Azam said Tmunity hopes to move at least one of its preclinical programs into the clinic this year, but declined to provide details at this time. The company's early-stage pipeline includes T-cell therapies for infectious diseases, including HIV, and autoimmune diseases, but its initial focus is oncology.

The biggest challenge for CAR-T companies is taking the therapies into solid tumors, Azam noted, and Tmunity's founders zeroed in on the six or so factors that make solid tumors more difficult to infiltrate. Those include cell signaling, immunosuppression, safety, tumor-promoting inflammation and angiogenesis.

"One of the strengths we have in the team is an understanding of T-cell biology as it applies to this level of detail," he said, adding that the scientists can use novel technologies like CRISPR to overcome those kinds of challenges and move programs quickly into the clinic.

For instance, Tmunity's PSMA-targeting CAR-T construct also contains a component that tries to neutralize the transformational growth factors, or TGF beta, which is overexpressed in certain prostate cancers. The construct is designed to deliver T-cells to cancer cells expressing a tumor-specific antigen and to manipulate the tumor microenvironment by suppressing a tumor promoter.

Azam praised Tmunity's founders as "probably the best scientific team in the world when it comes to T-cell biology," adding, "I couldn't think of a better time to be developing new therapies at a new company in this space."