Sharpless Calls For A Nimble, Flexible, More Efficient US FDA 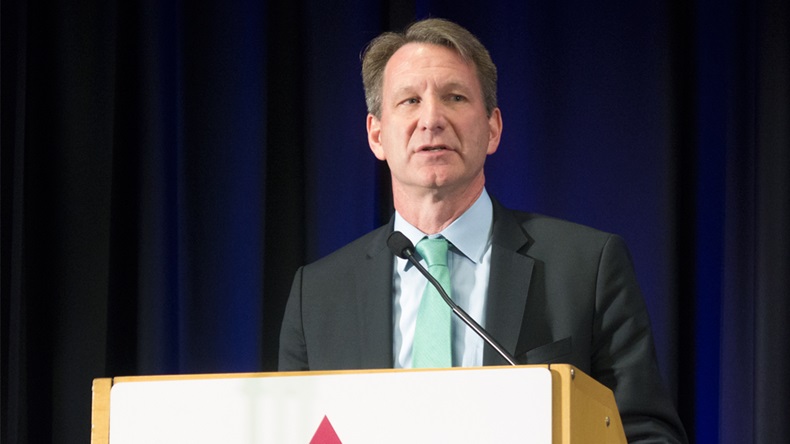 ACTING FDA COMMISSIONER NORMAN SHARPLESS REITERATED DURING A SPEECH TO THE FOOD AND DRUG LAW INSTITUTE ANNUAL CONFERENCE THAT HE DOES NOT INTEND TO SLOW THE AGENCY'S PROGRESS IN RECENT YEARS.

In continuing the US Food and Drug Administration's current direction, new acting commissioner Norman Sharpless also is looking for increased efficiency and flexibility.

Sharpless' first speech to an outside group since taking over for Scott Gottlieb about a month ago did not offer many new policy prescriptions, but he did comment that the agency must continue to streamline its own processes.

"If we want to harness the full potential of therapies to transform care, we need to become more efficient, more collaborative, and more data-driven so that we can learn from every patient’s journey," Sharpless told the Food and Drug Law Institute 2 May during its annual meeting. "We need to do that across FDA, by advancing recent institutional, structural, and policy changes that allow the agency to more effectively apply science in support of innovation while ensuring protection of the public."

Sharpless said FDA's organization also must ensure collaboration across disciplines and locations, as well as with outside groups. In a speech to the Reagan-Udall Foundation annual meeting later in the day, though, he acknowledged that outside collaborations are often challenging for FDA.

Acting US FDA commissioner Norman Sharpless outlines some key differences between his new position and his former role at the NCI.

"It is crucial that FDA be nimble, flexible, and adaptable as we continue to advance regulatory frameworks, products, and interventions," he said.

Gottlieb initiated several reorganizations within the agency during his tenure, including a flattening of the reporting structure that made all center directors, as well as the Oncology Center of Excellence director and others direct reports to the commissioner. The directorate layer that had been in place for several years was eliminated. (Also see "US FDA Reorg: Centers Will Report Directly To Gottlieb; 'Flattened' Structure Will Make Future Political Transitions Easier" - Pink Sheet, 19 Jul, 2018.)

Much of the speech recapped FDA accomplishments and priorities under Gottlieb, such as record generic drug approvals, dozens of new drug approvals and implementation of the Biosimilars Action Plan.

"We have a long way to go to defeat this tragedy," he said. "But we are making headway, and it remains one of our highest priorities."

Sharpless still seems to be a bit surprised at the time it takes him to describe depth and breadth of the agency portfolio. After an extensive recap of its priorities, he exhaled and quipped "Hopefully you can see why I'm never bored at work at the FDA. Not that I was bored at the NCI, but not also bored at the FDA.," which elicited some laughter.

Intention Is To Listen To Experts, Including FDA Bar

Sharpless also repeated a pledge he made to his employees that the agency's direction will not change under his leadership.

He said once again that he does not consider the job temporary and that the White House and Health and Human Services Secretary Alex Azar were impressed with the FDA's accomplishments under Gottlieb and did not want it disrupted.

"We’ll continue to focus on innovation and efficiency, in order to bring more new medical products more quickly to the public, and to ensure that FDA’s processes are as modern, efficient, and risk-based as possible across the agency," Sharpless said.

Sharpless also said that he planned to "listen closely to FDA’s great leadership across the Agency" and other experts around him as several former commissioners advised.

He also said that he considers the food and drug law community another cadre of experts whose counsel he will seek during his tenure.

"I would add that the 'experts around me' include the strong and supportive community of stakeholders with which the FDA engages – including many of you here today – who are committed to our mission and who help ensure that we are informed and rigorous in executing our responsibilities," Sharpless said.

The tone of the speech was much different that his predecessor's message during the 2018 FDLI annual conference. Among Gottlieb's comments at that time was that industry must do more to end system gaming that prevents competition or risk action by Capitol Hill. (Also see "Gottlieb: Real Risk Of Congressional Action If Anti-Competitive Actions Continue" - Pink Sheet, 3 May, 2018.)