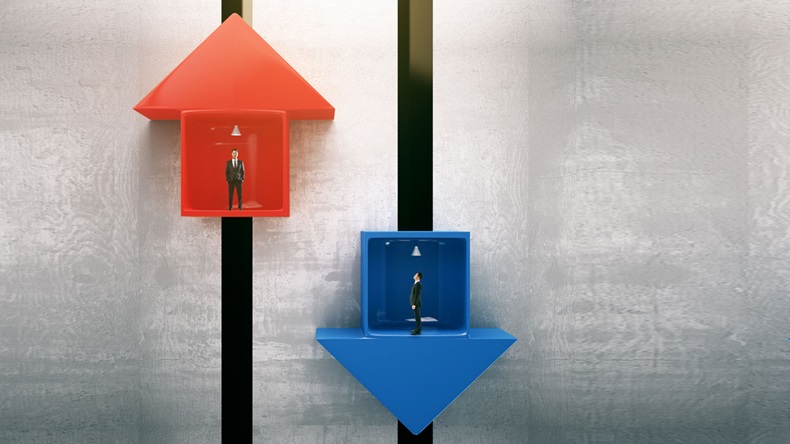 GlaxoSmithKline PLC now has a chance to take over the US shingles vaccine market after the Centers for Disease Control and Prevention's Advisory Committee on Immunization Practices (ACIP) voted 8-7 to recommend Shingrix over Merck & Co. Inc.'s Zostavax.

The panel considered the appropriate use of Shingrix at its Oct. 25 meeting. Those who voted against recommending a preference for Shingrix cited concerns about its lack of long-term safety. But those who favored specifying a preference said Shingrix's higher efficacy meant it would result in fewer cases of shingles and postherpetic neuralgia, the chronic nerve pain that is the most common complication from the condition.

"The evidence in front of us across costs, across disease prevention is very strong," panel member Kelly Moore, director of the Tennessee Immunization Program in the Tennessee Department of Health, said. "I think a preference is what is called upon here for my conscious to give people direction based on its performance."

Cynthia Pellegrini, senior VP-public policy and government affairs at the March of Dimes, voted no. She questioned giving the vaccine a preferential recommendation when it has never been administered outside a research setting.

"I'm ending up being in a place of being more comfortable starting with a straight recommendation and giving ourselves the ability to go to the preferential in a couple of years when we know more," she said. "To start out with a preferential recommendation, as great as this vaccine sounds, right out of the gate is really hard."

Non-voting member Sandra Fryhofer, American Medical Association liaison representative and an adjunct professor at Emory University School of Medicine, said she has concerns about making a preferential recommendation for a vaccine with an adjuvant that's never been used in the real world. "It does seem to me a little bit impulsive, and I would rather us be cautious and at least have it out there for a few months."

The committee also unanimously voted to recommend Shingrix, a herpes zoster adjuvanted subunit (HZ/su) vaccine, for vaccination of immunocompetent adults 50 years and older. And they voted 12 to 3 to recommend Shingrix for individuals previously vaccinated with Zostavax.

FDA approved Shingrix for prevention of herpes zoster (shingles) in adults aged 50 years and older on Oct. 20. GSK said it would be available at the end of November at a cost of $140 per dose, for an aggregate cost of $280 for the two-dose treatment. (Also see "GSK Shingles Vaccine's Next Stop Is CDC Panel After US FDA Approval " - Pink Sheet, 23 Oct, 2017.)

Pros And Cons On Preference

CDC's Kathleen Dooling, a medical epidemiologist in the National Center for Immunization and Respiratory Diseases, discussed the ACIP working group's consideration of the pros and cons of recommending a preference.

The pros for preference are the substantial greater protection from herpes zoster and PHN with Shingrix and its greater cost effectiveness, Dooling said. The cons are the possibility that an unexpected safety problem might emerge that could cause its removal from the market and the fact that Shingrix's two-dose regimen produces more grade three reactions and could be a barrier to use.

Regarding no preference, Dooling said having two or more vaccines on the market safeguards the supply and allows providers to compare the evidence and make a choice. In addition, there is always the possibility of an unexpected safety event emerging.

Dooling said the majority of the working group felt the preference recommendation would be more likely to prevent a significant number of shingles cases and that non-preferences puts the onus on clinicians to select a vaccine.

Although Zostavax is also approved for prevention of shingles in adults aged 50 years and older, ACIP recommends its use in adults 60 years and older given its decline in effectiveness over time. Dooling noted that 30% of the population over 60 report getting the vaccine.

Speaking from the audience, Eddy Bresnitz, Merck's executive director of medical affairs for adult vaccines, said one of the major reasons uptake has not been great is the complex reimbursement scheme. He said it will probably be more problematic for Shingrix since it’s a two-dose vaccine.

Brensnitz noted that most people get the shingles vaccine in the fall and if they come in for the second dose in the early part of the next year they may have to pay the full amount because they won't have met deduction and out of pocket costs.

GSK said in a release that the committee's recommendations mean up to 62 million more adults in the US should be immunized, comprising approximately 42 million aged 50-59 years old and 20 million who have previously been vaccinated against shingles. Patrick Desbiens, senior VP, US Vaccines, said in the release that GSK looks forward to partnering with public health officials, healthcare professionals, and payers as the recommendations are implemented.

In a statement issued after the meeting, Merck said "We hope that before making its policy decision following the 8 to 7 ACIP vote for a preferential recommendation, the CDC will consider the discussion of the ACIP regarding the limitations of some of the assumptions made about the HZ/su vaccine, including one-dose efficacy and series completion. We believe public health will be best served by a neutral recommendation for the two shingles vaccines until greater real-world evidence can be accumulated on the new HZ/su vaccine."

Shingles is caused by the reactivation of latent varicella zoster virus, which results from chicken pox. CDC's Dooling said there are about one million cases annually in the US and that 10-18% of those 50 and older develop postherpetic neuralgia.